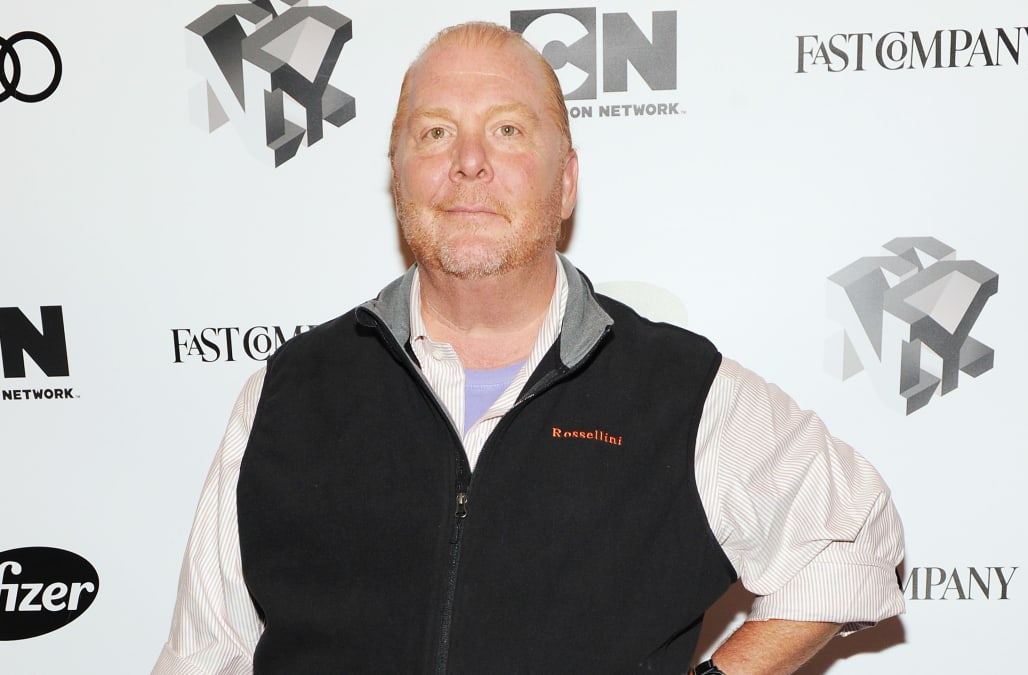 Celebrity chef Mario Batali has been accused of sexual harassment by multiple women.

In an Eater New Yorkexposé published Monday, four women accused the chef of "inappropriate touching in a pattern of behavior that spans at least two decades."

On Sunday, without naming Batali directly, Anthony Bourdain tweeted that he knew who the chef was. Bourdain tweeted that "Monday is really gonna suck," and added in a follow-up tweet that "it’s where you stand when the people you care about and admire do awful things that matters. Keeping head down and hoping it goes away? No."

Batali, a presenter on ABC's The Chew and the author of over a dozen cooking-related books, rose to prominence after opening Italian restaurant Babbo Ristorante e Enoteca in New York City. Together with Joe Bastianich, Batali owns B&B Hospitality Group, which operates over 20 restaurants around the world. Batali recently opened the 60,000 square foot Eataly in Los Angeles.

17 PHOTOS
Mario Batali out and about
See Gallery

In a statement, Batali said that he would step away from the day-to-day operations of his businesses for an unspecified period of time. ABC has also asked the chef to step away from the show “while we review the allegations that have just recently come to our attention,” a representative said.

“I apologize to the people I have mistreated and hurt. Although the identities of most of the individuals mentioned in these stories have not been revealed to me, much of the behavior described does, in fact, match up with ways I have acted," Batali said. "That behavior was wrong and there are no excuses. I take full responsibility and am deeply sorry for any pain, humiliation or discomfort I have caused to my peers, employees, customers, friends and family."

His statement continued: “I have work to do to try to regain the trust of those I have hurt and disappointed. For this reason, I am going to step away from day-to-day operations of my businesses. We built these restaurants so that our guests could have fun and indulge, but I took that too far in my own behavior. I won’t make that mistake again. I want any place I am associated with to feel comfortable and safe for the people who work or dine there."

And Batali said: "I know my actions have disappointed many people. The successes I have enjoyed are owned by everyone on my team. The failures are mine alone. To the people who have been at my side during this time — my family, my partners, my employees, my friends, my fans — I am grateful for your support and hopeful that I can regain your respect and trust. I will spend the next period of time trying to do that.”

More from The Hollywood Reporter:
How the Dubai Film Festival Became a Springboard for Arab Filmmakers
Style Notes: Taylor Swift Gets Edgy Makeover for British Vogue; Buzz Aldrin, Astronaut, Is Now a Fashion Star
'The Crown' Guide to Traveling in Scotland