Gwyneth Paltrow claims Harvey Weinstein lied about having sex with her 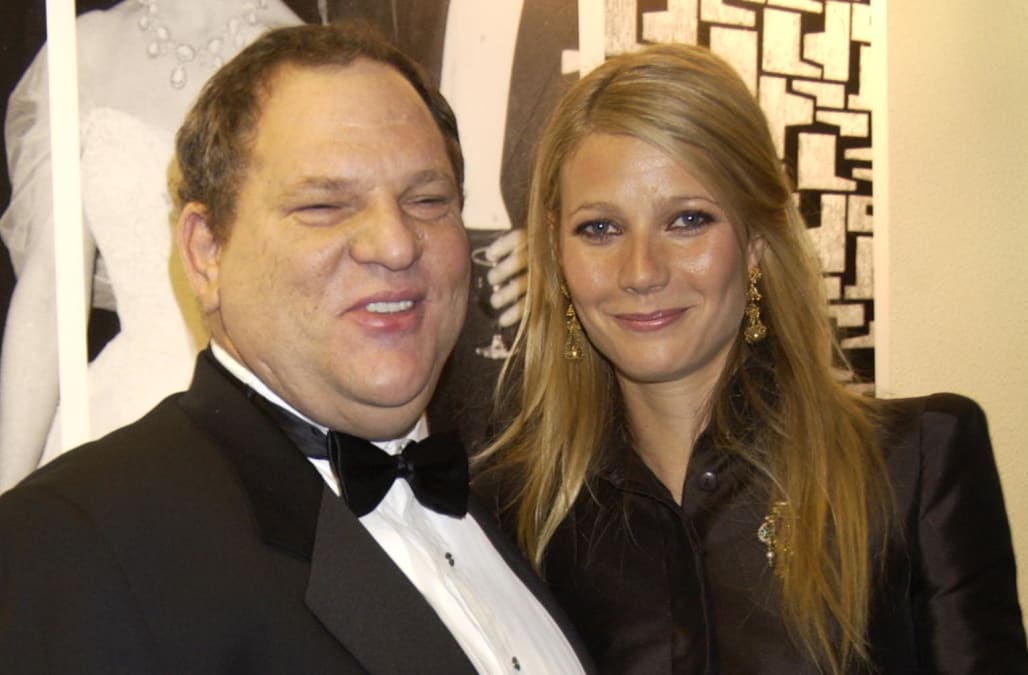 Gwyneth Paltrow says that Harvey Weinstein's mistreatment of her went beyond the alleged incident in a Beverly Hills hotel room.

TheNew York Times released a follow-up article about the numerous sexual harassment and assault allegations against the former movie mogul, and in it, Paltrow claims that she's been hearing that Weinstein used to repeatedly boast about having sex with her to coerce other women into sleeping with him.

One woman claims that in 2000, Weinstein told her that he had been intimate with Paltrow as well as others, while another woman, who alleges that Weinstein assaulted her in 2004, remembers a photo of the actress on display in his room.

Paltrow tells the Times that hearing that Weinstein was spreading lies about her was devastating. "He’s not the first person to lie about sleeping with someone,” she says. “But he used the lie as an assault weapon."

In an expose published by the newspaper in October, the 45-year-old actress recalls an alleged encounter with Weinstein that occurred before filming began on her 1996 movie, Emma. Paltrow, then 22, claims the Hollywood producer summoned her to his suite at the Peninsula Beverly Hills hotel for a work meeting, which ended with him allegedly placing his hands on her and suggesting they head to the bedroom for massages.

“I was a kid, I was signed up, I was petrified,” Paltrow said, adding that she refused his alleged advances, and told a few friends, family members, her agent, and her then-boyfriend, Brad Pitt.

"He screamed at me for a long time," Paltrow further claimed about Weinstein, who allegedly berated her after discussing the incident. She even thought she was going to lose her role in Emma. "It was brutal."

Despite the alleged incident, Paltrow continued to work with Weinstein, winning an Oscar in 1999 for Shakespeare in Love. "I was expected to keep the secret," she explained.

After telling her story, Paltrow shared that she was pleased to have spoken out.

"I think it's incredible what's happening," she said while on CNBC's Trailblazers last month. "This is long overdue. There's been this incredible confluence of events that's really led to women coming together and feeling safe in numbers to come forward and talk about their experiences across all different industries."

40 PHOTOS
Harvey Weinstein and celebrities through the years
See Gallery

Uma Thurman Breaks Silence on Harvey Weinstein, Says ‘Me Too’