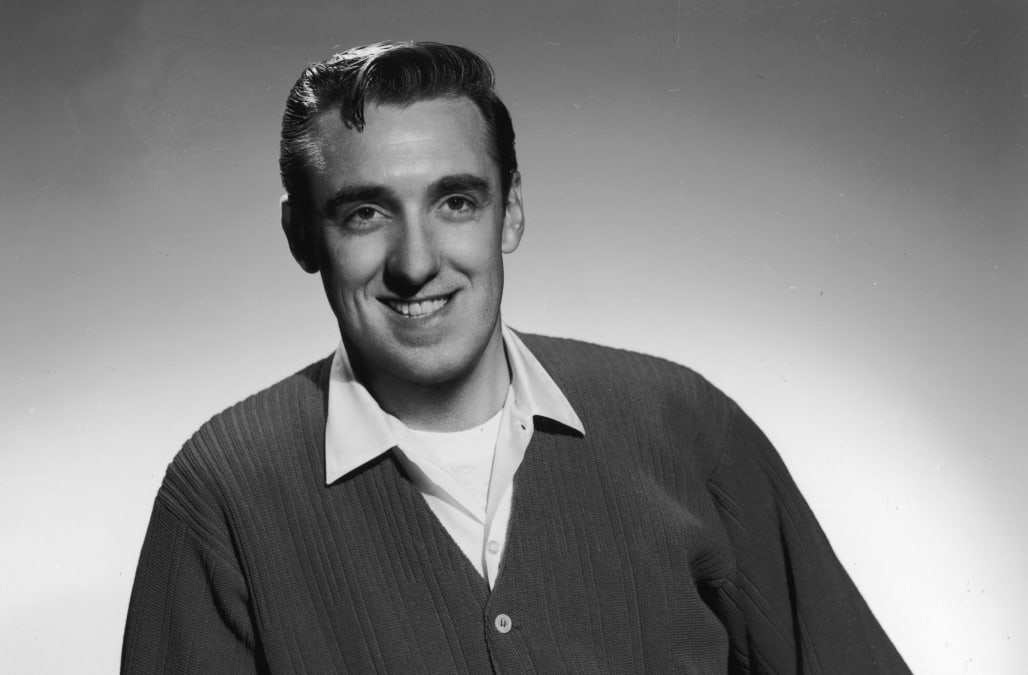 Jim Nabors, who starred as Gomer Pyle on The Andy Griffith Show and on his own sitcom before retiring the wide-eyed, countrified character at the height of his popularity, has died. He was 87.

Nabors died at his home in Hawaii on Wednesday night, his longtime partner told Indiana's WTHR. A native of Alabama, Nabors also recorded more than two dozen albums with a rich, operatic baritone voice that surprised those who were used to hearing Nabors exclaim "Gawwwleee!" with a Southern twang on television.

For many years, Nabors sang "Back Home Again in Indiana" during the opening ceremonies for the Indianapolis 500.

In the early 1960s, Nabors was a regular performer at The Horn, a cabaret theater on Wilshire Boulevard in Santa Monica that showcased new talent, when he was spotted by Andy Griffith, who thought Nabors would be perfect to play a new character on his CBS sitcom. That would be Gomer, a dimwitted, affable mechanic at Wally's Filling Station in Mayberry and a cousin of Goober (George Lindsey).

Nabors was signed for just one episode, which aired midway through The Andy Griffith Show's third season in December 1962, but Gomer proved popular, and Nabors went on to appear on 23 installments of the series. One of his signature phrases sprang from a discussion in which Gomer extolled the sophistication of Don Knotts' Barney Fife: "Gawwwleee! He's even been out with some nurses."

Nabors' run on The Andy Griffith Show culminated with the fourth-season finale, in which Gomer joins the U.S. Marines (the episode also served as the pilot for the spinoff sitcom).

With Pvt. Pyle being hounded by tough but caring drill sergeant Vince Carter (Frank Sutton), Gomer Pyle, U.S.M.C. aired for five years (1964-69) on CBS and was a great success in the ratings — always in the top 10 and No. 2 in its final season — before the actor decided to pursue other activities, which included hosting his own variety show.

"It got down to what you think you want to be, an actor or an entertainer. I want to entertain," Nabors said in 1969, when he decided to hang up Pyle's fatigues. "I don't think I'm much of an actor. The only part I ever played was Gomer. I'm the most surprised person around that I'm successful anyway."

He then showcased his singing and comedic talents on The Jim Nabors Hour, which lasted two seasons and featured some of his Gomer Pyle co-stars.

The big-hearted Nabors never ventured far into movies, though he did perform opposite his pal Burt Reynolds in such fare as The Best Little Whorehouse in Texas (1982), Stroker Ace (1983) and, as "Pvt. Homer Lyle," Cannonball Run II (1984).

James Thurston Nabors was born June 12, 1930, in Sylacauga, Ala., the son of a policeman. He sang in high school and acted in fraternity productions at the University of Alabama. After graduating with a degree in business administration, he moved to New York and worked as a typist and answered phones at the United Nations.

"With my thick accent, people would try out different languages on me, never suspecting I was speaking English," he joked.

Nabors returned to the South and worked as a film cutter for a TV station in Chattanooga, Tenn., then moved to Los Angeles — the climate was better suited for his asthma — and landed a similar job at NBC. At nights, he sang and spun tales as a Gomer-like character at The Horn.

Comedian Bill Dana saw him perform, and that led to Nabors becoming a regular on ABC's The New Steve Allen Show. All the while, he kept performing in Santa Monica.

Nabors also showed up as a beatnik in Take Her, She's Mine (1963), starring James Stewart and Sandra Dee; his voice was dubbed in the film.

In the 1970s, Nabors starred with Ruth Buzzi as time-traveling androids on the ABC series The Lost Saucer, produced by Sid and Marty Krofft, and hosted his own syndicated talk show.

He was back as Gomer for the 1986 NBC reunion movie Return to Mayberry.

Nabors admitted that he had trouble watching Pyle's opening credits when the series was playing in syndication because many of the Marines with whom he marched were killed in Vietnam. (The Pollyanna sitcom never addressed the war.)

He first demonstrated his singing ability to TV viewers in 1964 on CBS' The Danny Kaye Show, and on a Gomer Pyle episode that aired in November 1967, he sang "The Impossible Dream" from Man of la Mancha, which would become a concert staple for him. His 1980 album, The Heart-Touching Magic of Jim Nabors, went platinum.

"I'll be honest with you, I didn't want to stay too long at the fair," he said. "Everyone has been so incredible to me so many years. The first time I was here was 1972, so I guess most people have grown up with me."

Nabors, who underwent a liver transplant in 1994, starred regularly at the Hilton Hawaiian Village Dome in The Jim Nabors Polynesian Extravaganza, which in the 1980s was one of the state's top showbiz attractions. He lived in Hawaii for more than 30 years and had homes in Honolulu and Maui, where he had a macadamia nut farm.

In January 2013, Nabors exchanged wedding vows with Stan Cadwallader, his partner of almost four decades, before a judge in a Seattle hotel room. Nabors met Cadwallader, a former firefighter in Honolulu, in 1975.

Asked in a 2000 interview with the Los Angeles Times about why The Andy Griffith Show and Gomer Pyle continued to be so popular, Nabors said, "Television has become very cynical, even the comedy shows, and the cynicism from the young people just boggles my mind.

More from The Hollywood Reporter:
Peter Baldwin, Actor and Emmy-Winning TV Director, Dies at 86
Savannah Film Fest: Robert Pattinson On Having a 'Good Time' Playing "Against Type"
Sofia Coppola on Creating the Female Gaze in 'The Beguiled' and Learning From Live Theater