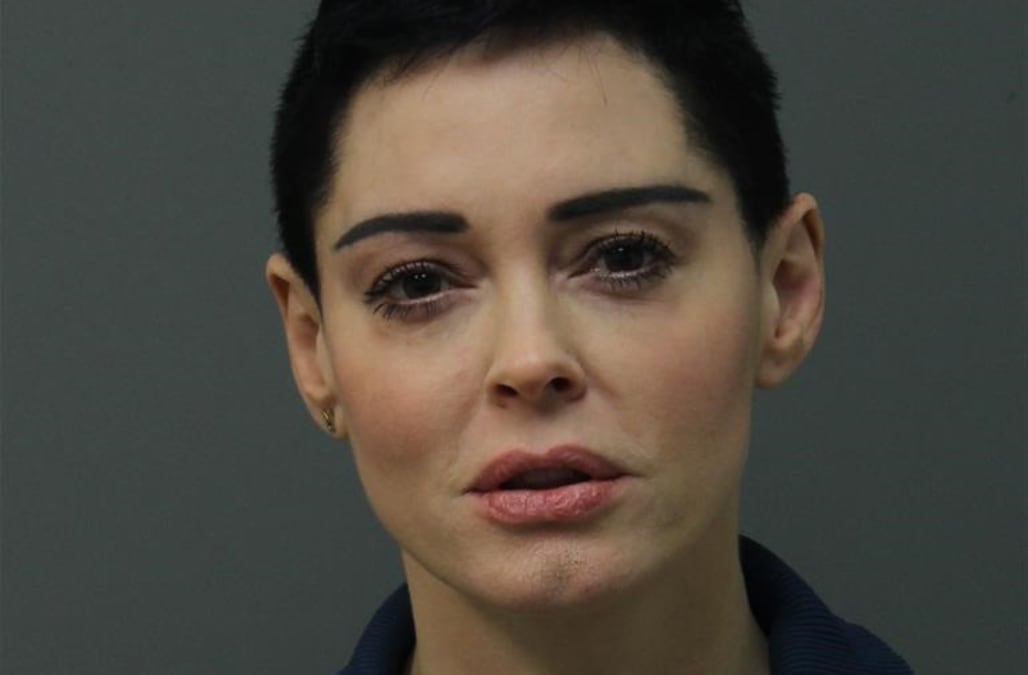 Rose McGowan was arrested Tuesday for felony possession of a controlled substance.

The actress turned herself in, was arrested, and booked in Virginia before being released on a $5,000 unsecured bond, Variety has confirmed with the Loudoun County Sheriff’s Office.

The arrest warrant was obtained by the Metropolitan Washington Airports Authority Police Department and issued on Feb. 1. Charges stem from a police investigation of personal belongings left behind on a United flight that allegedly contained traces of narcotics. Police said the items tested positive for narcotics.

Are they trying to silence me? There is a warrant out for my arrest in Virginia. What a load of HORSESHIT.

McGowan tweeted about it in October after news of the warrant went public. “Are they trying to silence me? There is a warrant out for my arrest in Virginia. What a load of HORSES—,” she wrote.

See her mug shot in the gallery below:

McGowan has been one of Harvey Weinstein’s most vocal accusers amid sexual harassment allegations against the now-disgraced producer. The actress said Weinstein raped her, while the Times reported that McGowan had reached a settlement with Weinstein stemming from a hotel room incident at the Sundance Film Festival in 1997. Weinstein’s representatives have rebuked claims, saying that “any allegations of non-consensual sex are unequivocally denied by Mr. Weinstein.”

She spoke publicly about the incident at the Women’s Convention in Detroit in October and addressed the culture of sexual abuse.

“I have been silenced for 20 years,” McGowan said at the convention. “I have been slut-shamed. I have been harassed. I’ve been maligned. And you know what? I’m just like you.”