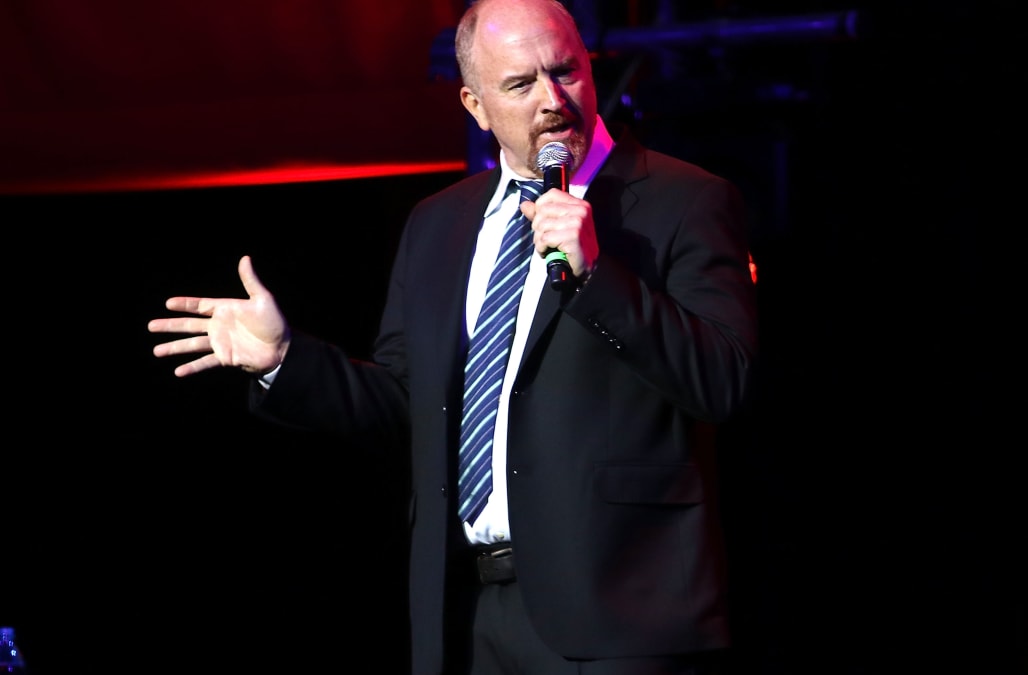 The story also scrutinizes the behavior of C.K.’s longtime manager, Dave Becky, of 3 Arts Entertainment, suggesting that Becky used his clout in the comedy world to pressure women to not discuss their encounters with C.K. Becky did not immediately respond to a request for comment.

Allegations of sexual misconduct against the stand up comedian and TV star have been swirling for some time. In March 2012, Gawker published a blind item that detailed an alleged incident at the Aspen Comedy Festival a few years prior. C.K. was not named explicitly in the piece, but it claimed that “our nation’s most hilarious stand-up comic and critically cherished sitcom auteur” invited two female comedians to his hotel room and proceeded to block the door with his body while he forced them to watch him masturbate. Speculation surfaced on Reddit and social media that the item referred to C.K. Comedian Doug Stanhope, a friend of C.K.’s, later claimed the story was about him.

A follow-up piece by Gawker in May 2015 described an interaction another comic claims to have had with C.K. earlier that same year. The unnamed male comic, identified in the piece as Jason, shared email correspondence he claims came from C.K. when Jason had emailed him to ask C.K. to “please stop sexually assaulting female comics.”  The email address that appears to be C.K. responded that he wished to reach Jason by phone. Jason went on to claim that C.K. did in fact call him, describing the alleged conversation as C.K. “sizing me up” to “find out what I had heard.” Jason said the conversation stemmed from an incident in 2014 when C.K. was alleged to have approached a female friend of Jason’s at a comedy club from behind, grabbed her by the neck, and whispered in her ear, “I’m going to f–k you.”

Also in 2015, comedian Jen Kirkman described a male comic that many believed to be C.K. during an episode of her podcast. In the podcast, which was deleted shortly after it was posted, Kirkman spoke of “another guy who is a very famous comic. He is probably at Cosby level at this point. He is lauded as a genius. He is basically a French filmmaker at this point. You know, new material every year. He’s a known perv. And there’s a lockdown on talking about him. His guy friends are standing by him, and you cannot say a bad thing about him. And I’ve been told by people ‘Well then say it then. Say it if it’s true.’ If I say it, my career is over. My manager and my agent have told me that.”

“And this guy didn’t rape me, but he made a certain difficult decision to go on tour with him really hard,” she continued. “Because I knew if I did, I’d be getting more of the same weird treatment I’d been getting from him.” In a subsequent interview with The Daily Beast, Kirkman refused to speak further about the incident or identify C.K. as the man in question.

In an interview with the Village Voice that was published this September, Kirkman said:

“There are rumors out there that Louis takes his dick out at women. He has never done that to me. I never said he did, I never implied that he did. What I said was, when you hear rumors about someone, and they ask you to go on the road with them, this is what being a woman in comedy is like — imagine if there’s always a chance of rain over your head but [with] men, there isn’t. So you go, ‘Should I leave the house with an umbrella, or not?’”

“I think it’s important to take care of that, to handle that, because it’s serious to be assaulted,” she said. “It’s serious to be harassed. It’s serious, it’s serious, it’s serious. And that’s what we want to do with [‘One Mississippi]. We of course want to create comedy, but we also really, really feel like we have the opportunity to do something with ‘One Mississippi,’ because it does not stop. And, you know, I walk around doing shows at comedy clubs and you just hear from people left and right of what some big-shot comedian or person has done. People just excuse it.”

In one scene from Notaro’s show, a female character is forced to watch as a male workplace superior masturbates.

C.K. has previously declined to address the allegations in detail. In a 2016 interview with Vulture he said of the allegations, “I don’t care about that. That’s nothing to me. That’s not real…[You] can’t touch stuff like that. There’s one more thing I want to say about this, and it’s important: If you need your public profile to be all positive, you’re sick in the head. I do the work I do, and what happens next I can’t look after. So my thing is that I try to speak to the work whenever I can. Just to the work and not to my life.”

In an interview with the New York Times this September, C.K. again addressed the allegations, saying, “I’m not going to answer to that stuff, because they’re rumors. If you actually participate in a rumor, you make it bigger and you make it real.”

C.K. is preparing to release the film “I Love You, Daddy” in theaters on Nov. 17. The film–starring, written and directed by C.K.–revolves around a man (C.K.) who becomes concerned when his teenage daughter begins to develop a relationship with a much older filmmaker who has been the subject of multiple sex scandal allegations.