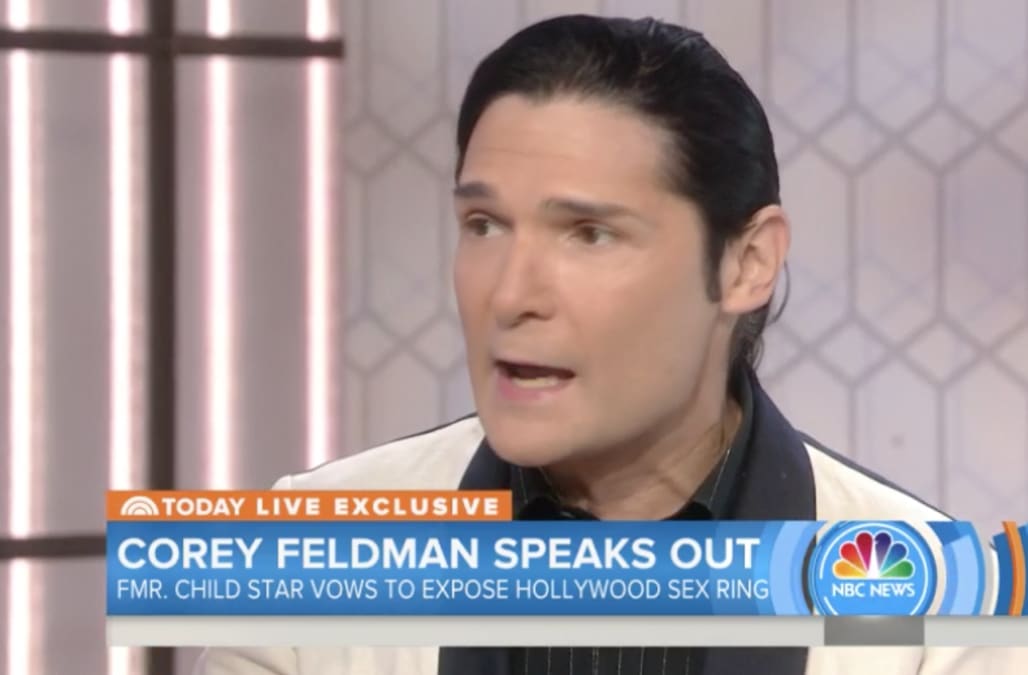 Corey Feldman sat down for his first TV interview, since launching a campaign to finance a film that would expose a sex ring of pedophiles in Hollywood.

Speaking to Matt Lauer on the “Today” show Monday morning, Feldman did not name any names of his alleged harassers from his days as a child star, citing legal ramifications, but he did vow to eventually “release every single name that I have any knowledge of.”

Last week, Feldman launched a campaign to raise $10 million dollars to finance a film project about Hollywood pedophiles. Lauer pressed Feldman on his hefty goal, which has raised eyebrows. “Why do you need $10 million,” Lauer asked.

“It’s not a documentary. It’s a film. I want to make a feature film, which is why I need the budget,” Feldman reasoned. “It will be a very true story. We will have every name…we’re talking about a theatrical release.”

Lauer brought up Feldman’s 2013 memoir, “Coreyography,” asking “The Goonies” actor why he didn’t release names in that book.

“The publishers prevented me to name names,” Feldman said, “which is why I’m taking the matter into my own hands.”

So far, Feldman’s campaign has raised roughly $200,000. Lauer questioned Feldman on why he’s taking time to raise money for a feature film, instead of going to the police and releasing the names sooner. Feldman said he has did go to the police back in the early ’90s, and released the names during in interview investigation Michael Jackson. Feldman says the police never investigated his claims.

“I’ve told the police. In fact, if anybody wants to go back to 1993 when I was interview by the Santa Barbara Police Department, I sat there and I gave them the names. They’re on record. They have all of this information, but they were scanning Michael Jackson. All they cared about was trying to find something on Michael Jackson,” Feldman recalled. “Michael is innocent. That’s what the interview was about with the police in 1993…I told them, ‘He is not that guy…I know the difference between pedophiles and somebody who is not a pedophile because I’ve been molested. Here’s the names. Go investigate.'”

Feldman also said he’s gone to the police about death threats he’s received. He claims the police have done nothing to protect him. Feldman says in addition to needing the $10 million to fund his film, he needs the money for his attorneys and a security team for his own protection.

“There is a statute of limitations in the state of California,” Feldman continued. “It’s that way only where the movie industry, conveniently enough, is in California…if I went to the police, I would be the one getting sued.”

Feldman believes that the domino effect of sex scandals being exposed in Hollywood, most recently with allegations against Kevin Spacey, will help him tell his story.

“There’s a lot of darkness in Hollywood right now and I believe it’s been there for quite some time, and as we’ve seen with the Harvey Weinstein scandal, it continues to unfold every day,” Feldman said. “It’s going to continue unraveling. This is just the beginning, this is just the tip of the iceberg…everything you’re seeing is building up to what I believe is a dam breaking open.”