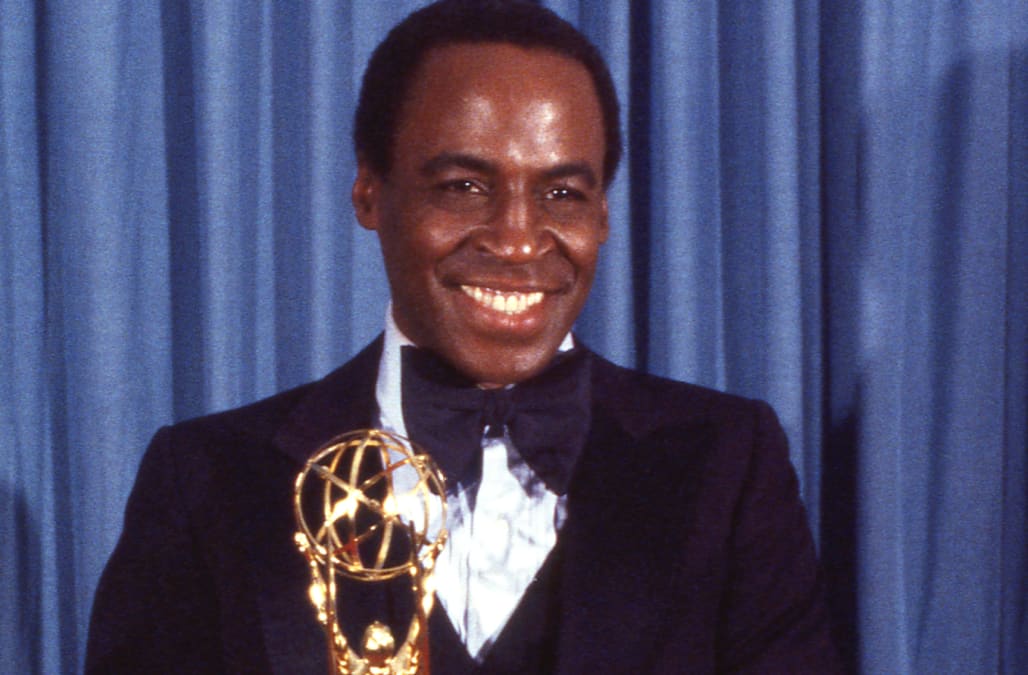 Emmy Award-winning actor Robert Guillaume, best known as the title character in the TV sitcom “Benson,” died Tuesday. He was 89.

His wife Donna Brown Guillaume told the Associated Press he died at their Los Angeles home.

Guillaume often played acerbic, dry-witted, but ultimately lovable characters like the butler Benson Du Bois, which he created on the 1977 series “Soap,” before his character was spun off in 1979. Guillaume won Emmys both for “Soap” (as supporting actor) and “Benson” (as lead actor).

“Benson” ran on ABC for seven years until 1986. The butler slowly evolved to become a government official, deflecting early complaints by critics like the Washington Post’s Tom Shales that his character was a “male Mammy.” The show brought Guillaume an Emmy in 1985 for lead actor in a comedy.

In the late ’90s he took on the role of Isaac Jaffe, executive producer of a cable sports show on the ABC sitcom “Sports Night,” and continued to perform even after being felled by a stroke.

But Guillaume also possessed a powerful, mellifluous voice, which he used most notably to play the title role in Andrew Lloyd Webber’s “Phantom of the Opera” onstage.

After suffering through a period of unemployment during the ’70s, he was cast in an all-black revival of “Guys and Dolls” as Nathan Detroit, which debuted on Broadway in 1977 and secured him a Tony nomination. He also guested during this period on sitcoms such as “All in the Family,” “Good Times,” “Sanford and Son” and “The Jeffersons,” which led to the supporting role of Benson in “Soap.”

After leaving “Benson” behind, he starred in TV movie “John Grin’s Christmas,” a black retelling of “A Christmas Carol” that was Guillaume’s directorial debut. He tried another sitcom in 1989, “The Robert Guillaume Show,” playing a marriage counselor. The series lasted four months before ABC pulled the plug.

He returned to singing in 1990 in the Los Angeles production of “Phantom of the Opera” and on Broadway in the lead role of “Cyrano — The Musical” for four months beginning in November 1993. He also performed regularly in concert.

He was featured in films such as “Meteor Man,” “First Kid” and “Spy Hard” and did voicework in “The Lion King.” He won a Grammy for a spoken word recording based on “The Lion King.” On television he appeared in the HBO family series “Happily Ever After” and TV movies and miniseries including “Children of the Dust,” “Run for the Dream” and “Pandora’s Clock.”

Guillaume returned to series television in 1998 on “Sports Night” as the fictitious sports program’s producer. A year later he suffered a stroke and was waylaid for a few months. When he returned his illness was worked into the storyline of the series until the series ended its run on ABC the following year.

During the 2000s Guillaume made a few guest appearances on TV shows, including on “8 Simple Rules” in 2003 and “CSI” in 2008, but he focused more heavily on voicework for straight-to-video animated children’s films and videogames.

He appeared in Tim Burton’s “Big Fish” in 2003, and then made more frequent bigscreen appearances later in the decade, appearing in the Christian film “The Secrets of Jonathan Sperry” in 2008; in the thriller “Columbus Circle,” starring Selma Blair, in 2010; and in the small musical dramedy “Satin” in 2011.

Robert Peter Williams was born in St. Louis, Mo., changing his name only after he decided on a career in acting. After completing his schooling he joined the Army in 1945 and was discharged 15 months later. He took on a number of menial jobs while studying nights at St. Louis U. He originally intended to study business but became interested in singing and transferred to Washington U. to study voice and theater.

His performance at the 1957 Aspen Music Festival led to an apprenticeship at the Karamu Performing Arts Theater in Cleveland, where he appeared in operas and musical comedies.

After moving to New York, he made his Broadway debut in a 1960 revival of “Finian’s Rainbow” and found regular employment in the chorus of shows like “Fly, Blackbird,” “Golden Boy” and “Porgy and Bess.” In 1972 he took on the title role in the musical “Purlie” and also appeared in the revue “Jacques Brel Is Alive and Well and Living in Paris.”

He is survived by his second wife, TV producer Donna Brown Guillaume; one son (another died in 1990); and three daughters.