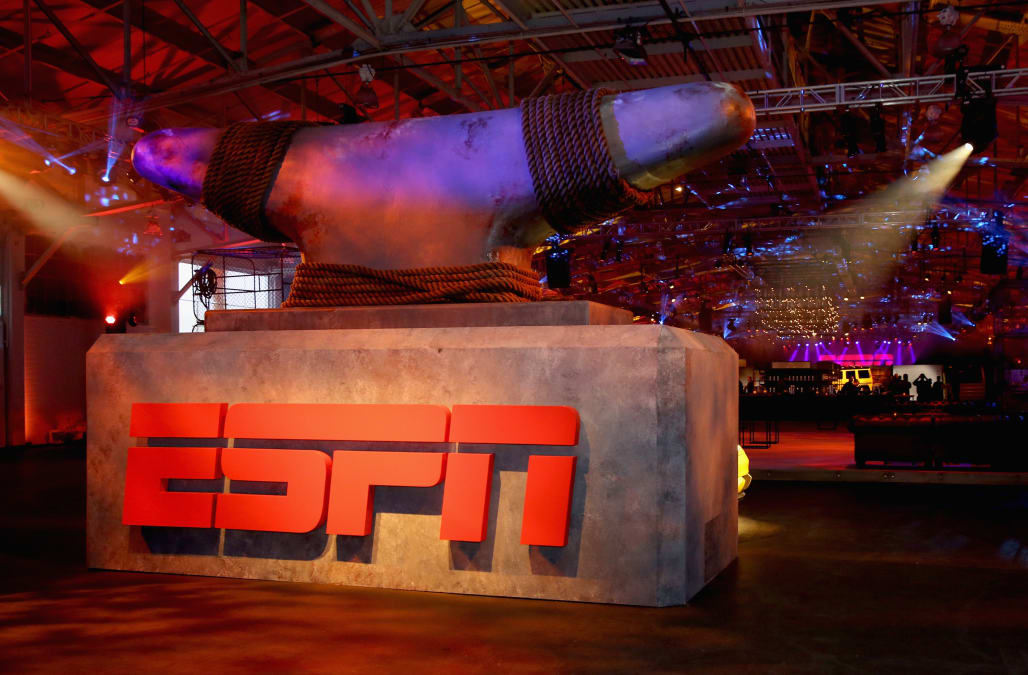 ESPN president John Skipper on Monday announced he was canceling Barstool Van Talk after only one episode.

"While we had approval over the content of the show, I erred in assuming we could distance our efforts from the Barstool site and its content," Skipper said.

The show from Barstool Sports premiered Oct. 17 at 1 a.m. on ESPN 2 and featured Barstool’s Dan “Big Cat” Katz and PFT Commenter. "They delivered the show they promised," Skipper said in his statement.

ESPN reporter Sam Ponder was among those who expressed displeasure with her network's partnership with Barstool due to sexist remarks made in the past.

"I was wrong in thinking @BarstoolBigCat wrote that article & called me a slut repeatedly. He just continuously laughed along. It was the PRESIDENT of @barstoolsports who said these things. Happy to clarify," she wrote on Twitter. "I can simultaneously admit my own flaws & failings & say yes, I am disappointed that we are promoting a company name that still maintains support for horrific personal attacks against multiple women within ESPN."

Barstool Sports founder Dave Portnoy
NEW YORK, NY - JANUARY 19: Dave Portnoy visits at SiriusXM Studios on January 19, 2017 in New York City. (Photo by Rob Kim/Getty Images)
HOUSTON, TX - FEBRUARY 03: Dave Portnoy, Founder of Barstool Sports, onstage at The Barstool Party 2017 on February 3, 2017 in Houston, Texas. (Photo by John Parra/Getty Images for Barstool Sports)
LATE NIGHT WITH SETH MEYERS -- Episode 554 -- Pictured: (l-r) Dave Portnoy, host of Barstool Sports, talks with host Seth Meyers during an interview on July 19, 2017 -- (Photo by: Lloyd Bishop/NBC)
MILTON - SEPTEMBER 25: Dave Portnoy is the publisher of Barstool Sports empire which he puts out his Milton office. He and his blogger/vlogger Jenna Mourey were photographed at his office on February 25, 2011. (Photo by Essdras M Suarez/The Boston Globe via Getty Images)
FOXBORO, MA - SEPTEMBER 07: Barstool Sports founder David Portnoy looks on prior to the game between the Kansas City Chiefs and the New England Patriots at Gillette Stadium on September 7, 2017 in Foxboro, Massachusetts. (Photo by Adam Glanzman/Getty Images)
NEW YORK, NY - JULY 20: David Portnoy attends the SiriusXM's Private Show with Guns N' Roses at The Apollo Theater before band embarks on next leg of its North American 'Not In This Lifetime' Tour on July 20, 2017 in New York City. (Photo by Jamie McCarthy/Getty Images for SiriusXM)
Up Next

Barstool Sports said in a statement posted on its Pardon My Take Twitter account that it was disappointed with the news.

"We had a great time working on the show and were extremely excited about the future," according to the statement. "Although we are heartbroken, Pardon My take will continue to get bigger and strong every single day."

A statement on today's news: pic.twitter.com/JyaxG4l5kO

I was wrong in thinking @BarstoolBigCat wrote that article & called me a slut repeatedly. He just continuously laughed along. It was the PRESIDENT of @barstoolsports who said these things. Happy to clarify.

3/4 I can simultaneously admit my own flaws & failings & say yes, I am disappointed that we are promoting a company name that still maintains support for horrific personal attacks against multiple women within ESPN.

4/4 I am speaking up not to say “I am perfect, be like me” but rather “where do we draw a line, what are our standards?” I don’t meet my own standards sometimes. This does not mean we throw the standard away. This means we get better. We speak up. We listen. We get better.