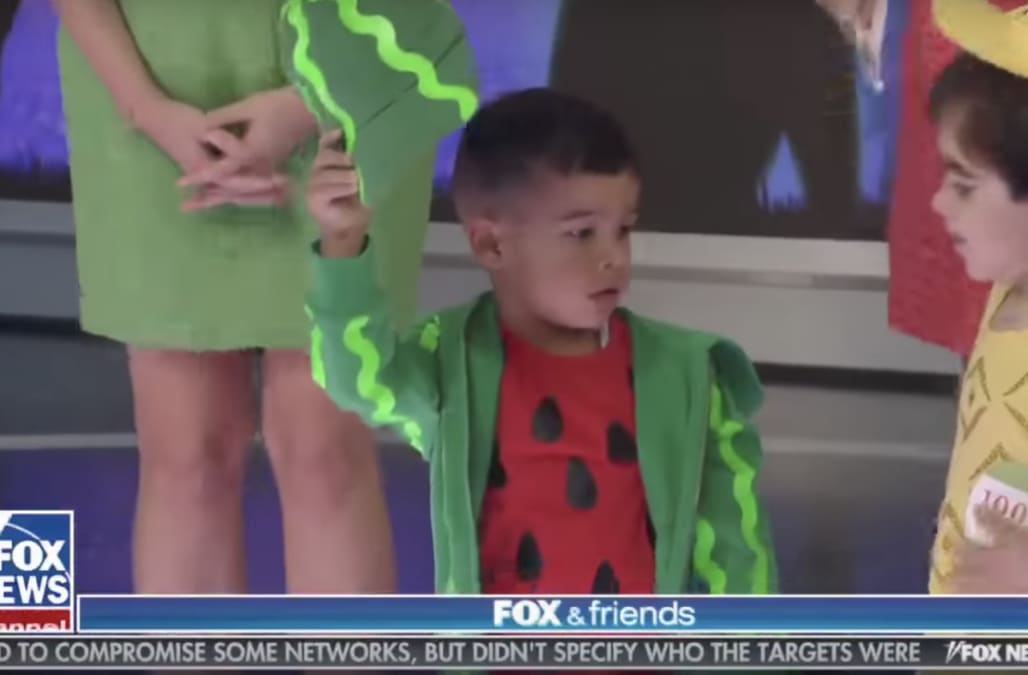 In what one would hope was just a terrible oversight, Fox & Friends this weekend aired a Halloween segment that featured children in various cute costumes -- including a black child dressed as a watermelon slice.

If the hosts were aware of any racial insensitivity for little Lucas' costume, they didn't indicate it on air: '"Now we’re going to have some organic fruit," one proclaimed. “Lucas is our watermelon!"

Twitter reactions came quickly, with most saying that the gaffe was too obvious to not be intentional. "Overt racism, foolish racism, or tone deaf racism? Take your pick, it's still racism," one wrote.

Watch the segment below:

While the clip is racking up attention online, it's only the latest in a string of uncomfortable situations for Fox News: On Saturday, the New York Times revealed that the network renewed now ex-host Bill O'Reilly's contract despite knowing that he'd recently issued a $32 million payout to a sexual harassment accuser.

In the months since his explosive ouster from the network, O'Reilly has appeared numerous times to give commentary on others' shows.