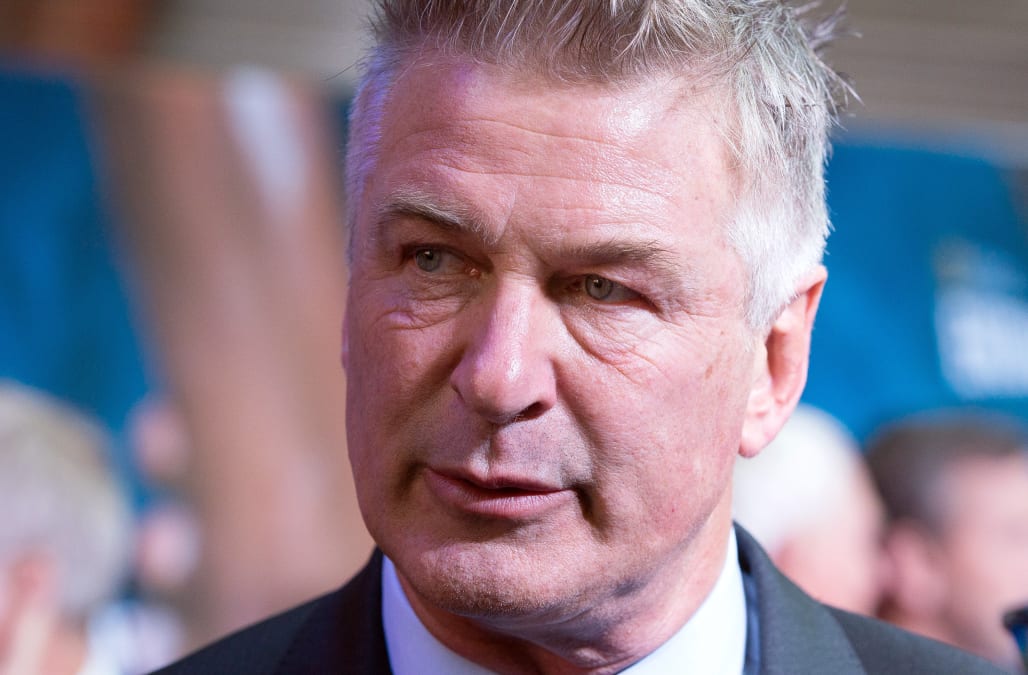 “Fox commentators think the worst should come down on Weinstein and his company,” Baldwin tweeted on Saturday. “Ailes is dead. But O’Reilly’s alive. So...?”

“The Weinstein Company should shut its doors,” Jarrett had said on Fox News.

“Oh, so companies with pervasive sexual harassment issues at the leadership level should shut down?” Legum said in the tweet shared by Baldwin. “Interesting idea.”

Related: Weinstein and his famous friends

40 PHOTOS
Harvey Weinstein and celebrities through the years
See Gallery

Fox News and O’Reilly paid $13 million to five women to try to cover up the sexual harassment allegations made against the former host of “The O’Reilly Factor.” The network fired O’Reilly earlier this year and chose Tucker Carlson to replace him.

21st Century Fox has had to pay over $50 million to settle harassment claims against the network.

Baldwin, of course, doesn’t have a sterling reputation when it comes to his treatment of women either, although not in the same way. His divorce from Kim Basinger was particularly acrimonious, but Basinger says the two are “cool now.” In 2007, he infamously left a voicemail to his 11-year-old daughter, Ireland, calling her a “rude little pig.” Baldwin has expressed much regret about that voicemail over the last decade, and his daughter now publicly jokes about it with him.

“It’s a scab that never heals, ’cause it’s being picked at all the time by other people,” Baldwin said on “Good Morning America” earlier this year. “My daughter, that’s hurt her in a permanent way.”

As a longtime and prominent member of Hollywood, Baldwin has had interactions with Weinstein in the past.

In 2012, Alec Baldwin reportedly spent a night at the Cannes Film Festival telling multiple people at a party that Weinstein was a “douche bag.” The reported reason for the name-calling at the time was because Weinstein wouldn’t fund a project.

This month, several media outlets have published horrifying reports of sexual harassment allegations waged against Weinstein. The list of women accusing Weinstein of assault and harassment has continued to grow throughout the week.

SEE MORE: Those who have accused Weinstein of assault