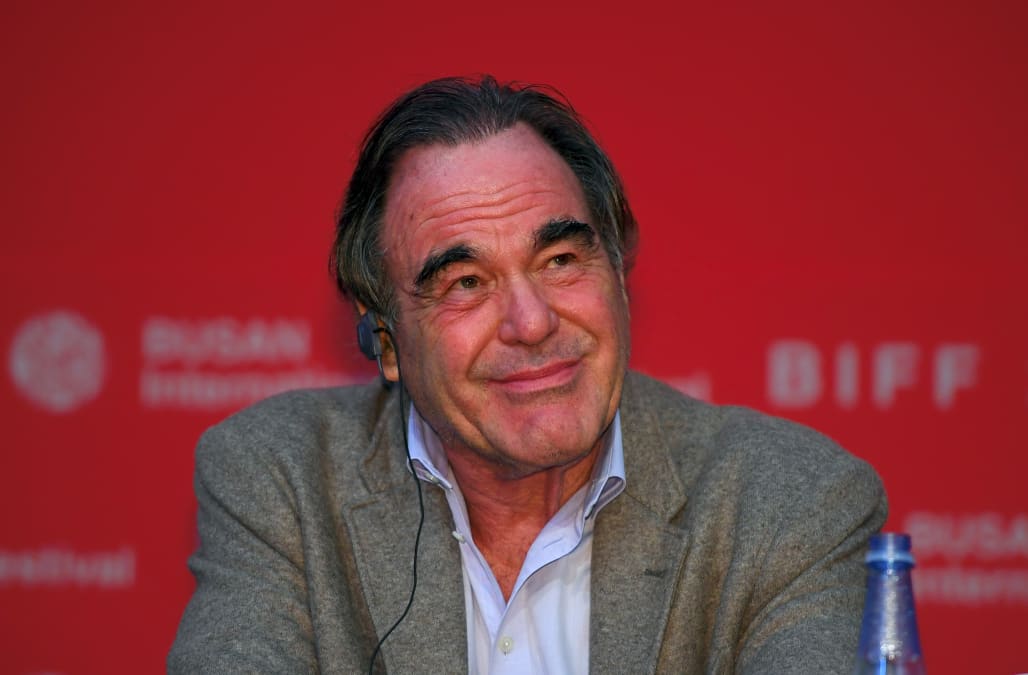 In the wake of a slew of accusations of sexual harassment and assault against Harvey Weinstein over decades, more women are coming forward with stories of sexual misconduct by high-profile Hollywood men.

On Thursday, model and actress Carrie Stevens (Days of Our Lives, Beverly Hills, 90210), responding to a Hollywood Reporter story about Oliver Stone's brief expression of sympathy for Weinstein, tweeted: "When I heard about Harvey, I recalled Oliver walking past me & grabbing my boob as he walked out the front door of a party. Two of a kind!"

During a press conference Friday at the Busan International Film Festival in South Korea, where he is serving on the festival's competition jury, Stone had declined to condemn Weinstein, saying that he thought "a man shouldn't be condemned by a vigilante system." Stone added: "It's not easy what [Harvey Weinstein] is going through, either."

11 PHOTOS
Carrie Stevens out and about
See Gallery

Stone later walked back the comments, posting a message on Facebook, saying that he had been unaware of the extent of the allegations against Weinstein because of his recent travel schedule.

"After looking at what has been reported in many publications over the last couple of days, I’m appalled and commend the courage of the women who’ve stepped forward to report sexual abuse or rape," Stone wrote. The multiple Oscar winner also said he would be abandoning a planned Weinstein Co.-produced TV series — Guantanamo, which was set to be his television drama debut — until TWC is no longer involved.

Stevens appeared on Days of Our Lives and Beverly Hills, 90210 in the early 1990s, followed by parts on shows like Black Scorpion on what was back then the Sci-Fi Channel and USA Network's Pacific Blue. Later she made guest appearances on Two and a Half Men and Jake in Progress, followed by small parts in movies like Vegas, City of Dreams and Rock Star with Mark Wahlberg and Jennifer Aniston. As a model, she appeared in Playboy as "Playmate of the Month" for September, 1997.

13 PHOTOS
Oliver Stone out and about
See Gallery

THR reached out to Stevens to ask if she could confirm the allegation of her tweet and would share more of her story. Stevens reply, in full, is below.

"It was at Ted Field's home years ago, around the time Oliver did JFK. The party was in his honor. Oliver was on his way out; Ted was seeing him to the door. Oliver spied me standing nearby and just reached out and instead of doing what a normal person does and shaking my hand, he just groped my boob and honked it like a horn and grinned and kept walking.

I was humiliated but didn't want to complain. I didn't want Ted to think I was ungrateful for the invitation, and I was new on the scene and just navigating my way around Hollywood. I came from the rock'n' roll scene. Eric Carr from Kiss was my boyfriend and he had just passed away. I met Ted because he produced Bill & Ted's Excellent Adventure. Kiss did the soundtrack, so I met him at the premiere. Ted is a nice guy and he knew I was having a hard time over Eric's passing so he invited me to his party — last thing I wanted to do was be a trouble maker.

There are a million reasons girls don't speak up. Thank God I was never alone with [Oliver Stone]. If he's grab[bing] me like that in front of people, imagine what he would do in private, given the chance.

I am lucky I never met Harvey. Unfortunately, I have met many of their kind in this business and it took its toll. Unfortunately, I came to believe my body parts were the only thing I had going for me — and so I did Playboy. But I'll tell you what: I always felt protected and respected by Hef and Playboy Enterprises. I do know Oliver hung out at some parties at the Mansion. Thankfully, I never saw him there. But I can tell you if he ever tried to grab anyone's boob there, Hef would have had security show him the door."

Women who have accused Harvey Weinstein: