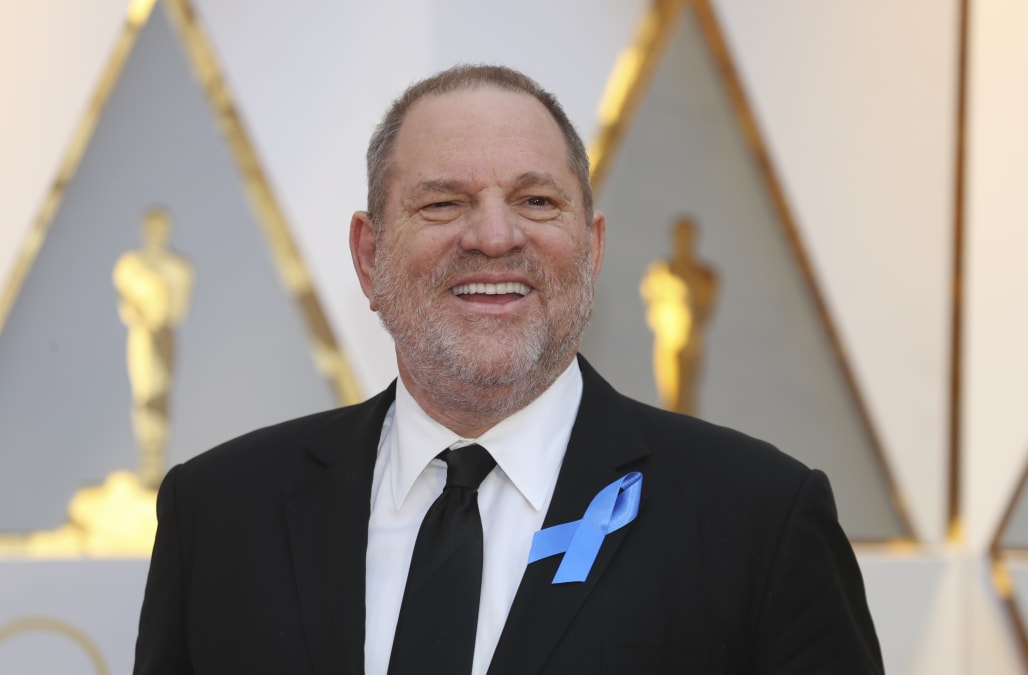 Harvey Weinstein will take an “indefinite” leave of absence from the Weinstein Company, the board announced Friday afternoon.

The board has also retained John Kiernan, of Debevoise & Plimpton LLP, to conduct an independent investigation of sex harassment allegations following the New York Times’ bombshell report on Thursday.

“We strongly endorse Harvey Weinstein’s already-announced decision to take an indefinite leave of absence from the Company, commencing today,” the board said in a statement. “As Harvey has said, it is important for him to get professional help for the problems he has acknowledged. Next steps will depend on Harvey’s therapeutic progress, the outcome of the Board’s independent investigation, and Harvey’s own personal decisions.”

Weinstein is not going down without a fight. In a lengthy board meeting on Thursday, he made it clear that he intends to return. The board meeting got heated, as board members pushed back and argued for a full and independent investigation.

The conflict has proved to be too much for three board members, all of whom resigned on Friday.

Tim Sarnoff, deputy CEO of Technicolor, tendered his resignation soon after returning from a trip to Europe on Friday. “He could not dedicate the time necessary to be an effective board member,” a Technicolor official said.

Variety has confirmed that that billionaire investors Marc Lasry and Dirk Ziff also resigned from the board. Board member Paul Tudor Jones did not sign the board statement issued Friday afternoon. His status remains uncertain.

An insider says that the board members did not sign up for a messy internal battle, and opted to get out now rather than deal with such an ordeal.

“The undersigned members of the Weinstein Company’s Board of Representatives, constituting a majority of the Board, make the following statement.

“We take extremely seriously the accusations published in yesterday’s New York Times about our Company’s co-chairman Harvey Weinstein. It is essential to our Company’s culture that all women who work for it or have any dealings with it or any of our executives are treated with respect and have no experience of harassment or discrimination.

“We believe it is important to learn the full truth regarding the article’s very serious accusations, in the interests of the Company, its shareholders and its employees. To that end, we have retained an independent and leading lawyer and firm, John Kiernan of Debevoise & Plimpton LLP, to undertake a thorough and independent investigation and report to the full Board on the results of that investigation. Working with Mr. Kiernan will be his partners Matthew Fishbein, former Chief Assistant United States Attorney for both the Southern and Eastern Districts of New York, and Helen Cantwell, former prosecutor in the Southern District of New York and the New York County District Attorney’s Sex Crimes Unit, who have extensive experience in these kinds of investigations. The investigating lawyers will be reporting to a special committee of the board composed exclusively of independent directors

“We strongly endorse Harvey Weinstein’s already-announced decision to take an indefinite leave of absence from the Company, commencing today. As Harvey has said, it is important for him to get professional help for the problems he has acknowledged. Next steps will depend on Harvey’s therapeutic progress, the outcome of the Board’s independent investigation, and Harvey’s own personal decisions.

“In the meantime, the Company is under the leadership of its Co-Chairman, Bob Weinstein, and its Chief Operating Officer, David Glasser, who plan to proceed with business in the ordinary course.