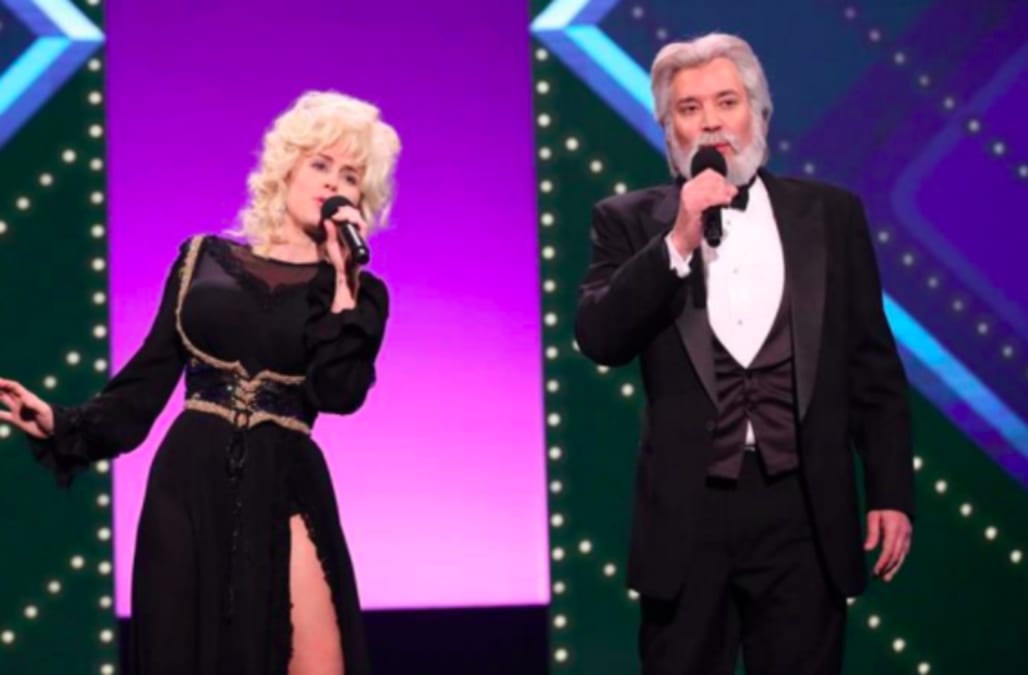 Night three of Miley Cyrus’ Tonight Show residency was as packed as the first two. The duo, who are giving Fallon's bromance with Justin Timberlake a run for its money, teamed up to take on Kenny Rogers and Dolly Parton’s legendary 1983 duet “Islands in the Stream" and the results were... wigtastic.

Cyrus channeled godmother Parton, donning a towering pile of blonde curls (and a bit of padding, of course) to complete the look. Fallon, aside from his full suit, became Rogers via a less-than-convincing silver beard and wavy shoulder length wig.

Fallon’s comedic vocals were blown out of the water by Cyrus’ pipes, which already naturally echo Parton’s. Realizing he was outclassed, Fallon let his guest take her curtsy alone center stage, attempting to moonwalk off to give her the audience’s full attention.

Watch the entire clip, below: