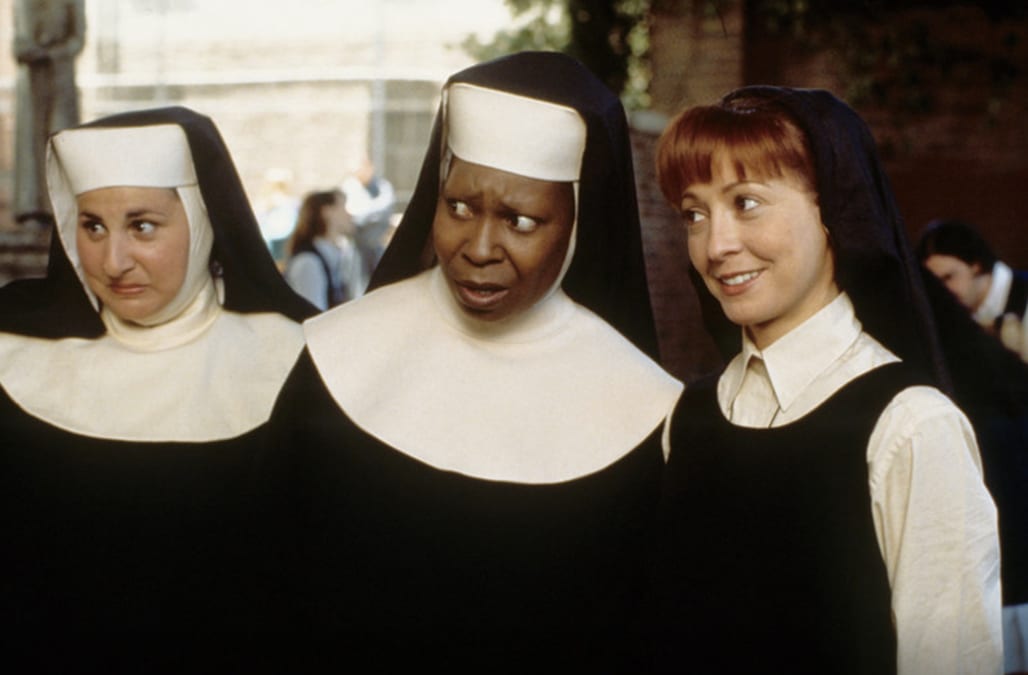 Back in the habit!

Some cast members from iconic '90s film "Sister Act" reunited on "The View" this week, and the lively group hasn't missed a beat as the film celebrates its 25th anniversary.

The Whoopi Goldberg-led flick hit theaters in May of 1992, and Goldberg -- who played Sister Mary Clarence -- welcomed castmates Harvey Keitel, Kathy Najimi, Wendy Makkena and composer Marc Shaiman onto "The View" on Thursday to reminisce about their impactful movie.

Whoopi revealed that she actually "had no intention of singing" in the musical hit, but was talked into doing so in the end, though she admits that "it was Bette Midler's movie and Better couldn't do it." In other words, Whoopi Goldberg wasn't the first pick for the high-profile role.

Watch the video above for more on the group's reunion!