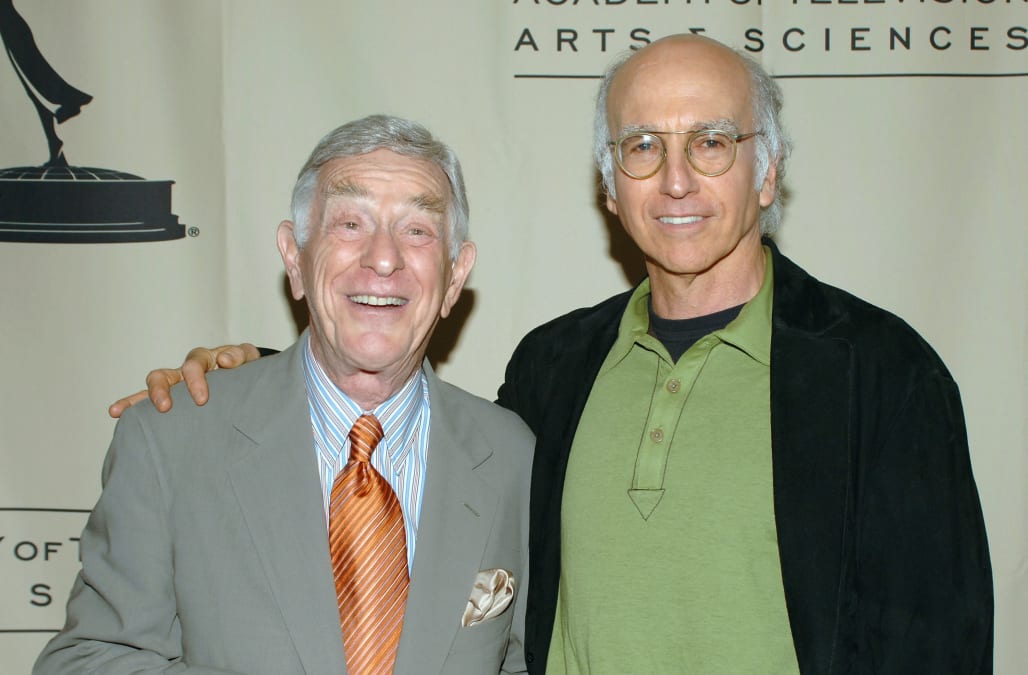 Comedian Shelley Berman, who was famous as a "sit-down" comedian and later as Larry David's dad on "Curb Your Enthusiasm," died on Friday.

Berman rose through the comedy ranks in the late 1950's and '60s as a "sit-down" comic, rather than the popular "stand-up" comedian.

He shared the spotlight with comedic greats of the time, like Mort Sahl, Lenny Bruce and Bob Newhart, according to the Hollywood Reporter.

Berman's career in the nightclub scene deteriorated after he was caught on camera in an angry backstage outburst, so he instead turned his focus to acting.

Most recently he starred as Larry David's dad Nat on the popular HBO series "Curb Your Enthusiasm," which returns for Season 9 on Oct. 1

Berman, a Chicago native, received an Emmy nomination for his role as Nat. He also made several appearances on TV shows like, "Boston Legal," "The Blues Brothers Animated Series," "L.A. Law" and countless others - including a came on "Hannah Montana."

Berman died after a long battle with Alzheimer's disease, according to Facebook post to his fan page.