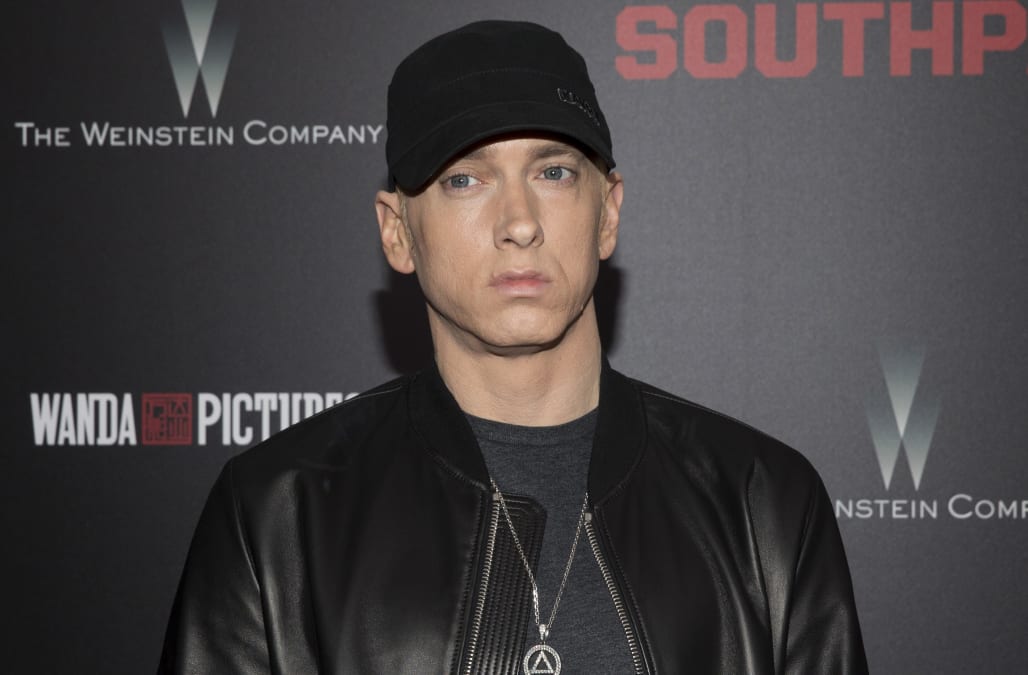 Eminem is not afraid of saying a bad thing about President Trump.

The rapper took the stage at Reading Festival over the weekend where he led the massive Glasgow, Scotland crowd into a "f--k Trump" chant.

"This motherf---er Donald Trump, I can't stand," Eminem shouted on stage Saturday. "So before we get into this new song, we would like to request something of you."

He then chanted "When I say f--k, you say Trump" and asked the crowd to follow with "Trump," which the crowd had already started chanting before the rapper even began.

"Because he's got our country f---ed up in AMERICA," the"Not Afraid" artist continued and played right into his hit song "White America."

This isn't the first time Em voiced his discontent for the POTUS.

"Consider me a dangerous man but you should be afraid of this dang candidate," he rapped on the track.

"You say Trump don't kiss ass like a puppet cause he runs his campaign with his own cash for the funded/ And that's what you wanted?/ A f—ing loose canon who's blunt with his hand on the button who doesn't have to answer to no one/ Great idea."

More from NY Daily News:
Billy Joel wears yellow Star of David after Charlottesville
Malia Obama kicks off her college career at Harvard
Clinton: Trump was ‘literally breathing down my neck’ in debate