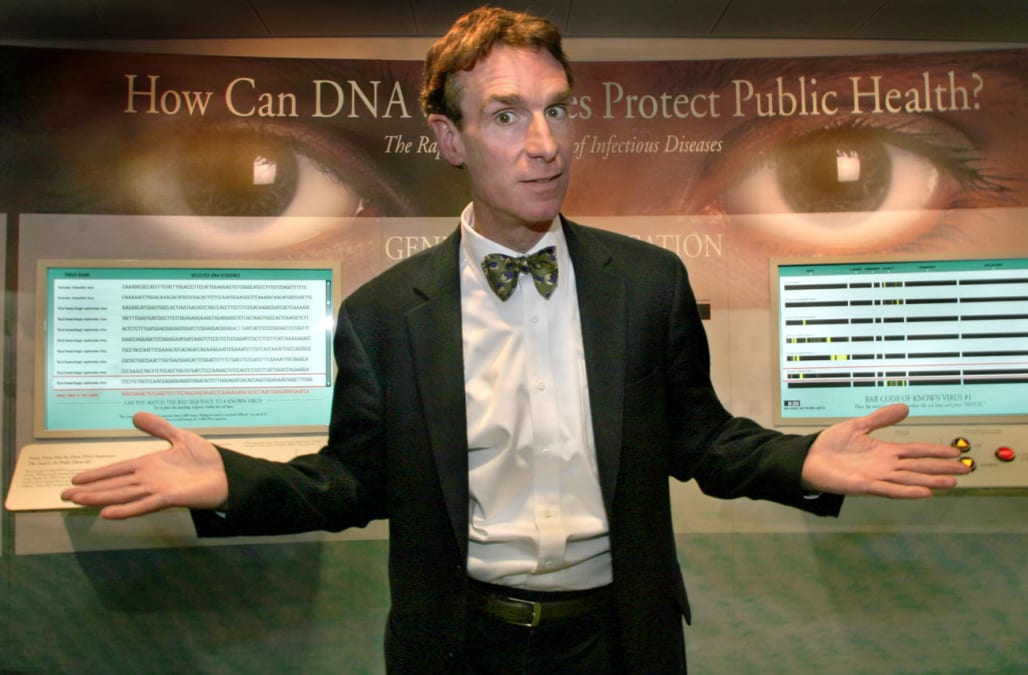 Bill Nye is accustomed to explaining complicated concepts to children, but even he has struggled with the byzantine mess that is studio accounting.

According to a lawsuit filed Thursday in Los Angeles Superior Court, Nye has spent much of the last decade trying to audit Disney's profit statements for "Bill Nye the Science Guy." The result is shocking: Nye alleges that Disney has withheld $28 million in profits from distribution of the show.

According to the suit, Nye became suspicious in 2008, when Disney informed him that he owed the company nearly $500,000 due to an "accounting error."

Nye and two producers launched the show in 1992, in partnership with KCTS, the Seattle PBS affiliate. According to the suit, the show's costs were substantially underwritten by the National Science Foundation and the Department of Energy.

The following year, Nye and his partners entered into a distribution agreement with Disney subsidiary Buena Vista Television. Under the agreement, the owners of the show would receive half of the show's net profits, with one-sixth of the total going to Nye. Disney distributed the show on VHS and DVD, and in many other formats, now including Netflix and iTunes.

In 2008, Disney sent Nye his annual profit participation, which amounted to $585,123. A few months later, the company said it had made an accounting error, and requested that he return $496,111, according to the suit.

"The disturbing size of the supposed 'accounting error,' coupled with the seeming indifference of both (Buena Vista Television) and (the Walt Disney Company), left Mr. Nye suspicious of the veracity of the accounting statements he had been receiving from BVT over the years," the suit states.

According to the suit, Disney reported gross revenues of $26 million, but also reported costs of $20 million — for a show largely underwritten by federal grants.

Nye engaged an attorney and began what would become a drawn-out and largely fruitless effort to audit Disney's statements, according to the lawsuit. At one point, the company said it was experiencing a backlog of audits and would not be able to begin the process for three or four years. Once the audit commenced, the company withheld documents, or said it would produce documents and then failed to follow through, the lawsuit alleges. The auditor was not given access to the Netflix and iTunes licensing agreements, among many other records, Nye alleges.

The auditor ultimately concluded that Nye is owed $9.3 million. According to the suit, Disney had taken a number of steps to skew the profits calculation in its favor, including applying the wrong rates for distribution fees, improperly deducting foreign taxes, and mischaracterizing revenues.

The suit alleges that, in total, Disney has deprived Nye and the other owners of the show of $28 million.

Disney did not respond to a request for comment.