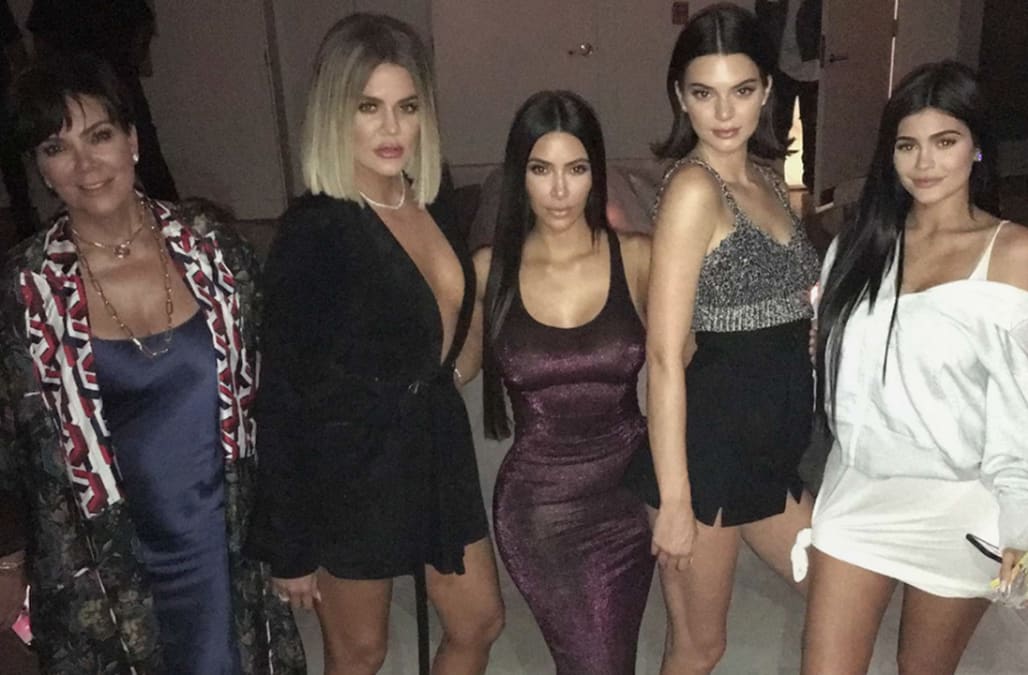 The Kylie Cosmetics founder celebrated her milestone birthday with a surprise birthday bash thrown by her closest friends and family.

After attending her boyfriend Travis Scott's concert with Kendrick Lamar earlier in the evening at the Staples Center, Jenner came home to a surprise soiree.

Kylie looked gorgeous in a tight, white mini skirt with a loose top of the same hue as she walked in. She immediately hugged her beau, Travis, as her sisters -- Kendall, Kim, Khloe -- and her mom Kris Jenner cheered on.

While the party was all about Kylie, her sisters managed to steal the spotlight -- even if only for a moment. Kim flaunted her curvaceous figure in a slinky purple gown, while Kendall showed off her lithe model figure in a black-and-silver mini dress. Tristan Thompson only had eyes for his ladylove Khloe, who looked phenomenal in a black mini dress with a plunging neckline.

Of course, no one can throw a party like a Kardashian can. The reality show family went all out for Kylie's big day, sparing no expense on glamorous touches like a chocolate fountain and, of course, a booty ice sculpture.

The beauty maven's cake, which featured a photo of Kylie making a silly face, is quite different from the ones we're used to seeing in the past. The family swears by a Calabasas bakery called Hansen Cakes, which makes the frosting-filled cakes that they usually get on their birthdays every year.

Jenner's 20th year is shaping up to be a big one for the social media queen -- she just debuted her own reality show "Life of Kylie" and her company, Kylie Cosmetics, is now worth $420 million. We can't imagine how she'll top her 19th year, but leave it to Kylie to surprise everyone!

If you're getting major FOMO over missing out on Kylie's big bash, there are plenty of Snapchats to relive it. Check out scenes from the soiree in the slideshow above!