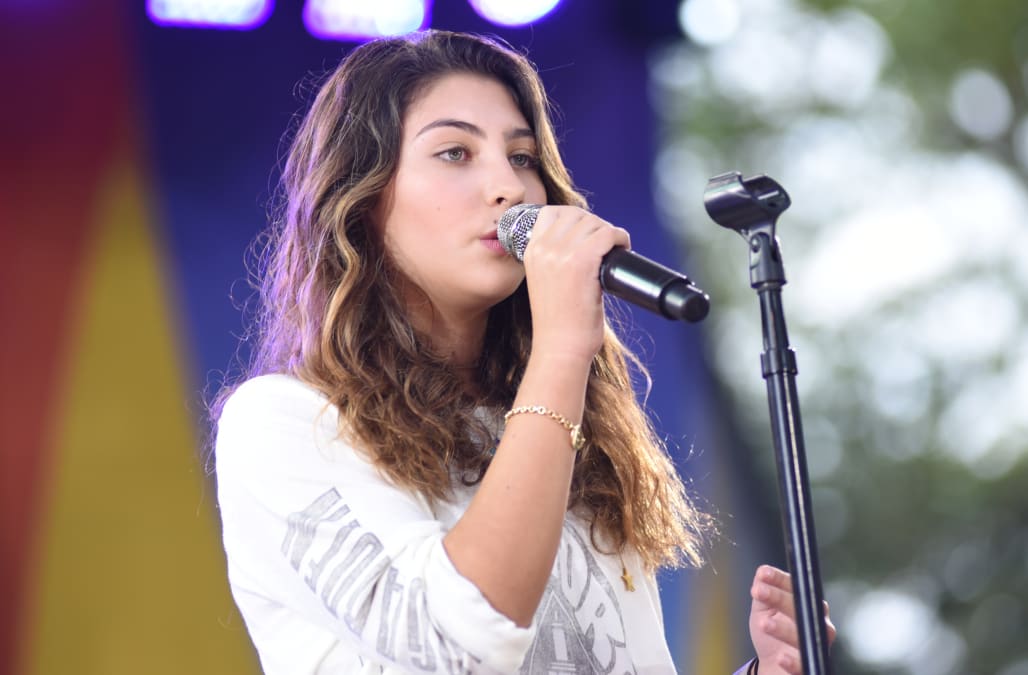 It was an emotional, rainy morning in New York City on Friday when One Republic took the stage to pay tribute to the late Chester Bennington and Chris Cornell.

The music group was joined by Cornell's 12-year-old daughter, Toni, for a performance of Leonard Cohen's "Hallelujah" on Good Morning America in honor of the Soundgarden frontman and Linkin Park singer, who were close friends before their deaths.

WATCH: Chester Bennington's Wife Talinda Pens Heartbreaking Message 1 Week After His Death -- 'How Do I Move On?'

Linkin Park was scheduled to perform on the morning show, but One Republic filled in after the band canceled their tour and concert dates. "This is just an honor to be here," One Republic's Ryan Tedder told GMA's Lara Spencer, noting that he had met Bennington a few times and was good friends with Cornell. "I was lucky enough to write and produce with [Cornell], and get to know him and his family over the years. He was even in one of our videos."

A moving and beautiful tribute to Chris Cornell & Chester Bennington this morning from Chris' daughter Toni and @RyanTedder... pic.twitter.com/0iFlHxs616

Cornell's daughter also spoke ahead of her and One Republic's song dedication, telling GMA, "It's an honor to perform this for my dad and for Chester and to sing for them."

The tribute seemed fitting as "Hallelujah" was the song that Bennington performed at Cornell's funeral in May.

Bennington -- a father of six -- was found dead from apparent suicide at the age of 41 on July 20. His untimely death fell on the same day as what would have been Cornell's 53rd birthday.

See photos of Chris Cornell and Toni together: