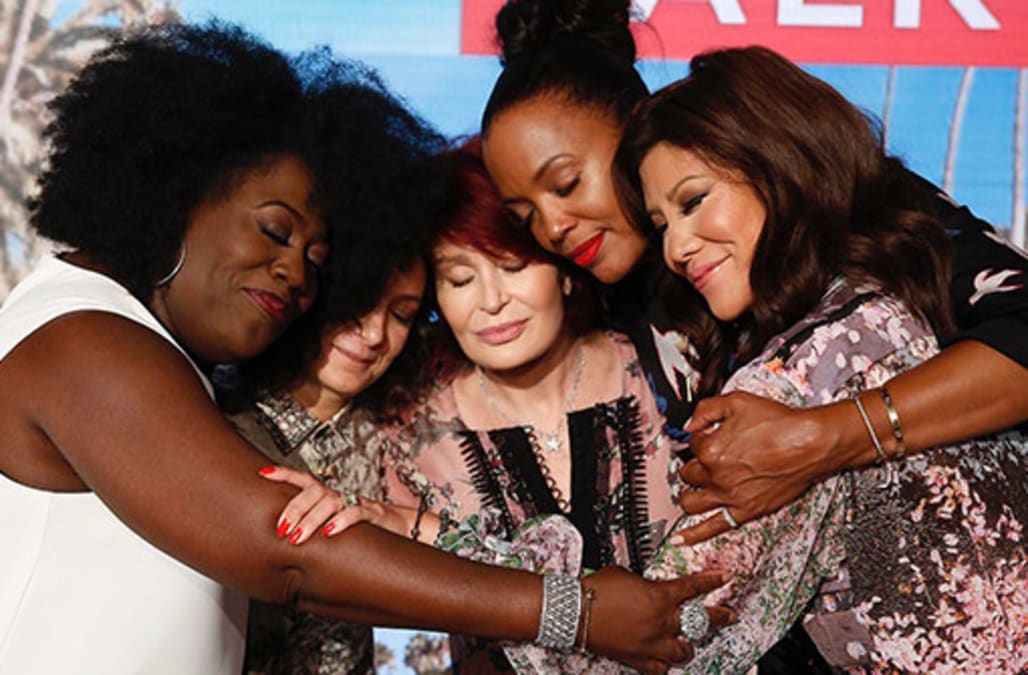 Friday marked the actress' final day as a co-host of CBS' daytime hit; she initially announced her plans to leave in June.

"The treasure of this show is my friendships with you guys." Tune in to #TheTalk today for @aishatyler's final episode. #goodluckaishapic.twitter.com/WimpDyZesu

"A lot of what I want to say to you guys, I've said to you when we weren't on camera," Tyler told her fellow panelists during the show. "Because while being out here with you guys and everybody at home has been such a gift for all these years, the treasure of this show is my friendships with you guys. That is something that I could never have expected when I walked through the door here, but I do remember that first day and that first week when I was here how special I felt and how comfortable it felt. I knew that this could be a home, but I never imagined in a million years that it would be this magical of a place."

At this point, all of Tyler's co-hosts — Julie Chen, Sharon Osbourne, Sara Gilbert and Sheryl Underwood — were fighting back tears, some more successfully than others.

Discover More Like This
HIDE CAPTION
SHOW CAPTION
of
SEE ALL
BACK TO SLIDE
RELATEDFall TV 2017: Calendar of 100+ Season and Series Premiere Dates

"Life is a mystery, and it remains a mystery," Tyler continued. "You just wake up everyday trying to do your best work and do the best that you can for your friends and be the best person you can be. But the thing that I'll take with me from this show is how all of you made me ... want to be a better woman and a better friend."

Tyler became an official co-host in 2011 during The Talk's second season, following the departures of Leah Remini, Holly Robinson Peete and Marissa Jaret Winokur. Despite her other commitments — including hosting The CW's Whose Line Is It Anyway? and voicing a character on FX/X's Archer — Tyler has remained at the table ever since.