10 things to look forward to at Outside Lands 2017 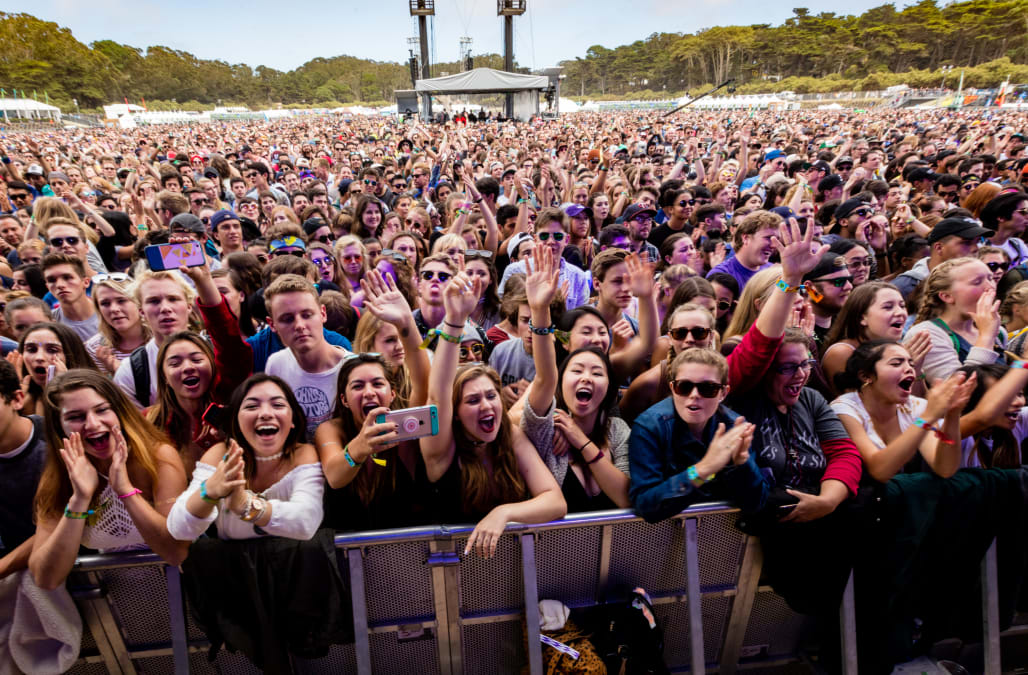 It's time to party!

Outside Lands will return to Golden Gate Park for its 10th anniversary from August 11-13, with more than 70 epic acts gracing the festival's numerous stages. The 3-day music festival will be livestreamed on AOL.com and will feature performances from the hottest artists like Lorde, Metallica and more.

Ahead of the festival in the city by the bay -- make sure to pack a jacket! -- we've rounded up the top 10 things, including performances, to look forward to:

The chart-topping songstress recently released her second studio album, Melodrama, in early June and the track list will definitely have you reminiscing of an old love. While there's no doubt the pop star will perform her hit single "Royals," we're excited to hear the 20-year-old's newer songs. Listen to Lorde's new album before the festival here.

20 PHOTOS
Lorde out and about
See Gallery

There's only one word to describe Solange -- fierce. Knowles proudly displayed her greatness with her first No. 1 album, A Seat At The Table, and we're not expecting anything less during her performance on the Outside Lands main stage. JAY-Z recently addressed the controversial Met Gala elevator incident in his new album 4:44, so we're hoping that Solange has something to say about it during her set.

Just like her song suggests, Tove Lo is the ultimate "Cool Girl." The Swedish singer is responsible for a slew of party hits -- "Habits" and "Stay High" to name a few -- and her set will definitely turn into one giant party.

The hip-hop group has performed at numerous music festivals all summer, including FYF Fest and Panorama, and they're ready to put on their best show yet at Outside Lands. ATCQ's style is easily recognized for their unique approach to rap music with its jazz-influenced soundscapes ("Can I Kick It?" anyone?!) ... so expect a good time!

Undoubtedly one of the most legendary rock bands in history, Metallica will definitely bring the house down. Of course, we're excited for them to perform "Nothing Else Matters" -- because what else does matter?!

It's not a party until the Gorillaz arrive! The English virtual band -- yes, you read that correctly -- will get you on your feet and dancing with their feel-good hit "Feel Good Inc." We expect them to perform a bunch of their other hits included "Clint Eastwood" and "DARE."

We don't know what we love more -- Vance Joy's smile or his sexy voice. The Australian singer will have you swooning over his smooth acoustics while performing "Riptide." Is he the new John Mayer?!

This year's festival will feature 78 restaurants with menus featuring some pretty delicious and Instagram-worthy dishes. Our favorites on the list? Marlowe, Boba Guys and Wise Sons should definitely top your list. Also, you can get the best friend chicken sandwich at Proposition Chicken. Just take a look at this:

Sundays are for sandwiches 💪 #propositionchicken

Even better than Outside Lands' food selection is the 40 wineries and 30 breweries on site. Six local bars -- Alembic, Homestead, Horsefeather, Trou Normand, Whitechapel and Pacific Cocktail Heaven -- will be setting up shop.

Yes, no weekend is complete without magic. Magic Castle's Jon Armstrong and his magician friends will be roaming the area performing magic.