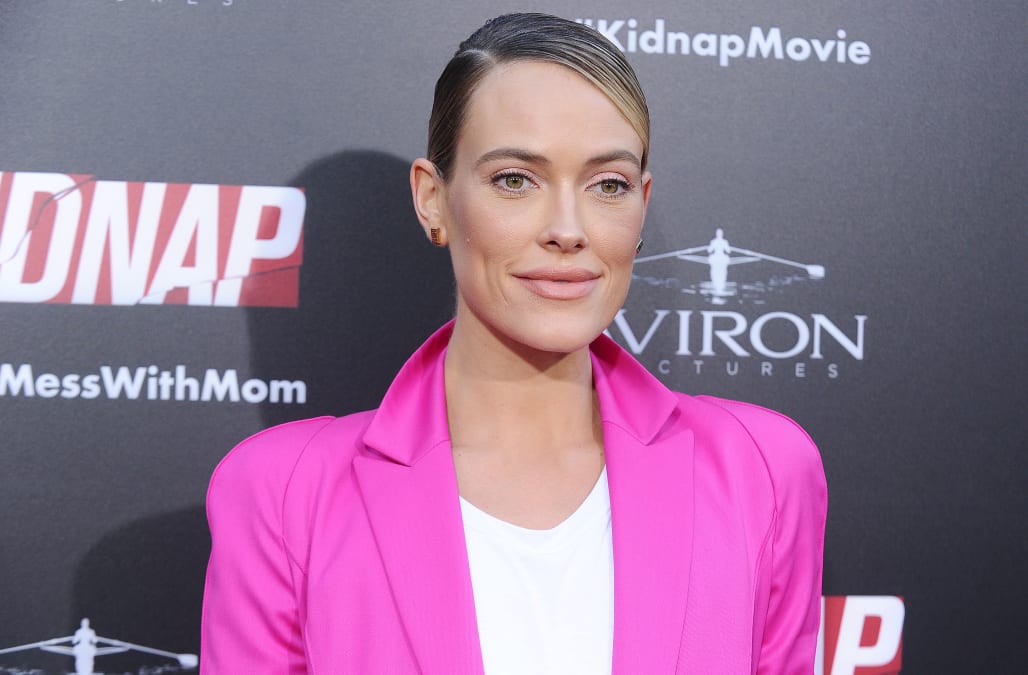 Peta Murgatroyd isn't ready to commit to another season of Dancing With the Stars just yet! The 31-year-old dance pro spoke with ET's Kevin Frazier at the Los Angeles premiere of the action flick Kidnap where she revealed that she's still in negotiations to return to the ballroom.

"To be honest, we don't know yet," she said of herself and her dancer hubby, Maks Chmerkovskiy. "We're sort of waiting to hear things, waiting to see what our schedules are gonna be like, so, yeah, I mean stayed tuned."

MORE: DeMario Jackson Is In Talks to Join 'Dancing With the Stars'

Murgatroyd admitted that she has a new set of considerations when it comes to committing to another season of the ABC reality competition series.

"There's schedule, as I said before. I don't want to spend 10 hours away a day from my child, so those things factor into it for me," the new mom explained. "I'm a mom now and that comes first you know?"

Murgatroyd also opened up about the best thing about being a mom, saying, "Seeing the little changes every single day. I mean he's growing up so fast it's exactly what people say it is. You know, you blink and then they're one. You know so he's nearly seven months now, and he's standing up. He's nearly walking by himself. It's amazing. It's an incredible journey to be on."

As for who else could be coming to the ballroom, Murgatroyd claims to still be in the dark about the rumored celebrity contestants. And while she didn't have much of a take on the rumors of Bachelor in Paradise star DeMario Jackson joining the show, she did get a bit candid about former White House Press Secretary, Sean Spicer.

"I don't know, but I mean that would be kind of fun right?" she quipped. But she didn't seem as enthused with the thought of "Spicy" being her dance partner. "I don't know, I may reconsider, I don't know," Murgatroyd said laughing.

WATCH: EXCLUSIVE: Normani Kordei Says She Still Plans to Go on a Date With Bonner Bolton: 'We'll Have to Link Up'

And though she hasn't committed to another season of the show, Murgatroyd did note, "I feel good. I really feel like I'm getting to my top shape again." And when asked if she's ready to dance again, she replied, "Hell yeah."

Kidnap is in theaters Aug. 4. For more from Dancing With the Stars, watch the clip above.