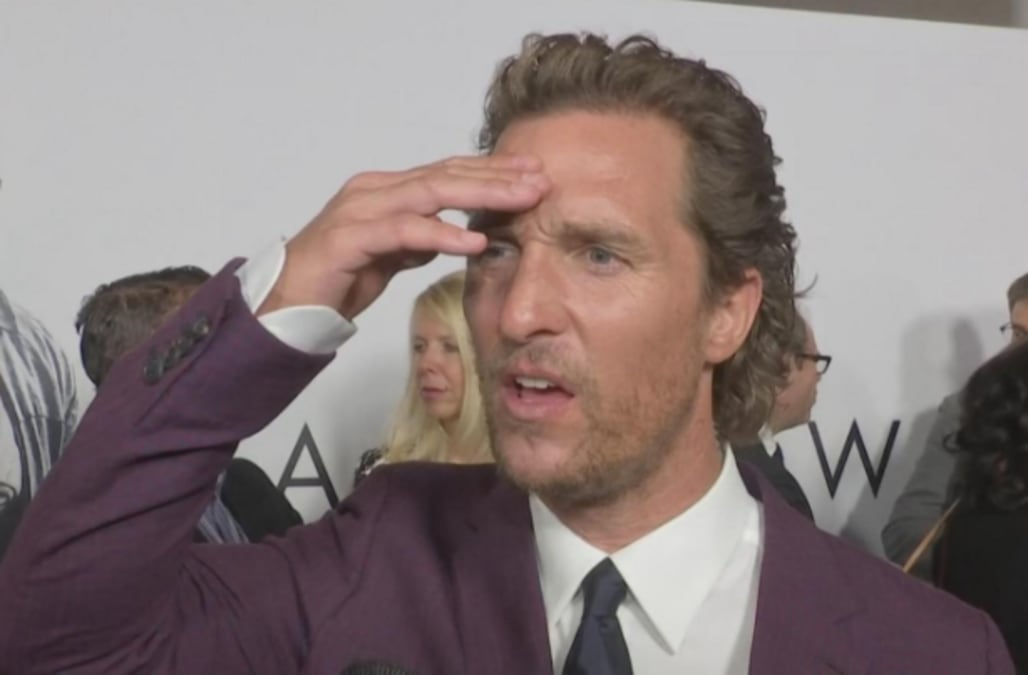 Matthew McConaughey's reaction to first hearing about the death of acclaimed playwright and actor Sam Shepard was caught on camera while the actor was on the red carpet for his upcoming film "Dark Tower."

"Sam Shepard moved on?" he asked the Associated Press reporter who broke the news to him.

McConaughey worked with the actor, who died on Thursday following complications from Lou Gehrig's disease, on the 2012 coming-of-age drama "Mud."

"Look, I'm not going to trivialize that situation, I just heard about it for the first time," the actor said. "But I always told [director] Jeff Nichols this, look in 'Mud,' the whole trailer for 'Mud' could be Sam Shepard sitting in that green chair telling the boy about who Mud is. It would be about a two-and-a-half minute trailer, but it would have been really badass."

"We lost one of the great ones. Great writer, great mind," he said, still unpacking the news. "Alright, see you in the next one, Sam."

Shepard was one of the leading figures in the Off-Off Broadway movement, but his breakout film role came in Terrence Malick's 1978 film "Days of Heaven," where he starred opposite Richard Gere and Brooke Adams. He was nominated for an Oscar from his work in"The Right Stuff," and most recently appeared in the Netflix series "Bloodline."

Shepard is survived by his children, Jesse, Hannah, and Walker Shepard; and his sisters, Sandy and Roxanne Rogers.