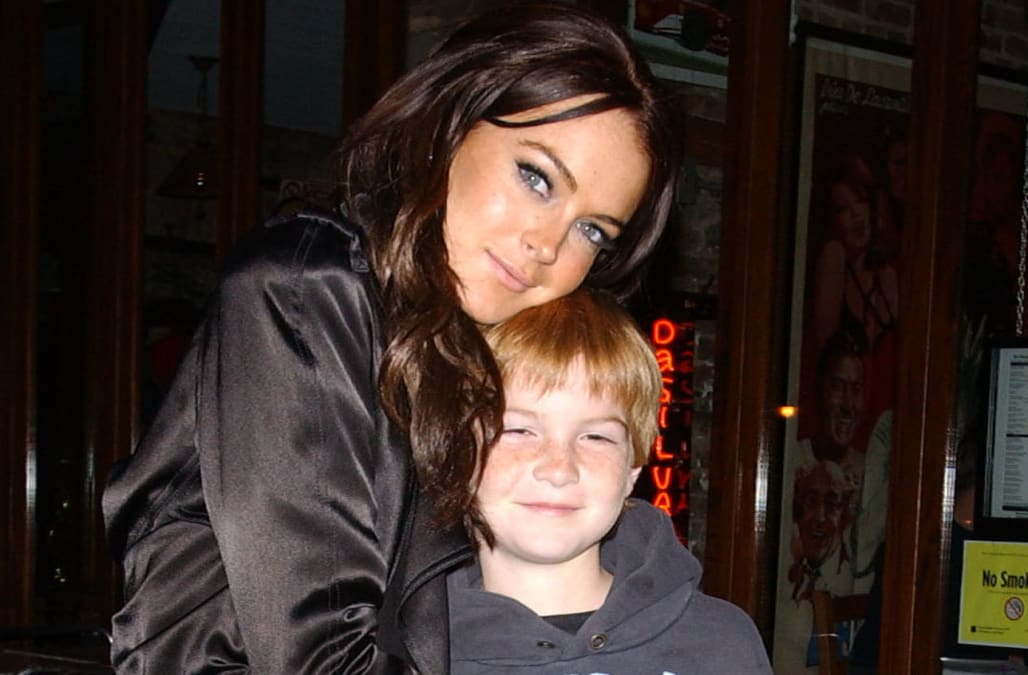 Lindsay took to Twitter on Tuesday to give 21-year-old Cody a shout-out, sharing a snap from his photoshoot recently published in Vogue China. Cody has the same striking red hair as his famous 31-year-old sister, smoldering for the camera in an oversized knit sweater.

"Proud of my little brother in Vogue China," Lindsay wrote.

Cody signed a contract with modeling agency IMG last March. He's the youngest of the four Lohan siblings, including fellow model Ali, 23, and Michael Jr., 29. Earlier this month, Michael Jr. got married on Block Island in Rhode Island, though Lindsay was not in attendance.

And Cody is no stranger to the catwalk. Check him out adorably walking the runway at the Child Magazine Fall 2006 fashion show during New York Fashion Week in February 2006, when he was just 9 years old.

See photos of Cody Lohan through the years:

In November, ET spoke to Cody and Lindsay's parents, Dina and Michael Lohan, after a video went viral of Lindsay speaking in a bizarre accent. The two said there was nothing to be concerned about when it came to their eldest child.

"I raised Lindsay and all my children to constantly learn different languages and embrace different cultures," Dina explained. "Since Lindsay was a kid, she was speaking fluent Italian because my mother is Italian and would only speak to her in it. She taught herself how to speak French, Arabic, Hebrew and the list goes on. Lindsay has a very high IQ and is very intelligent and can pick up on any language in a minute. She has that gift."