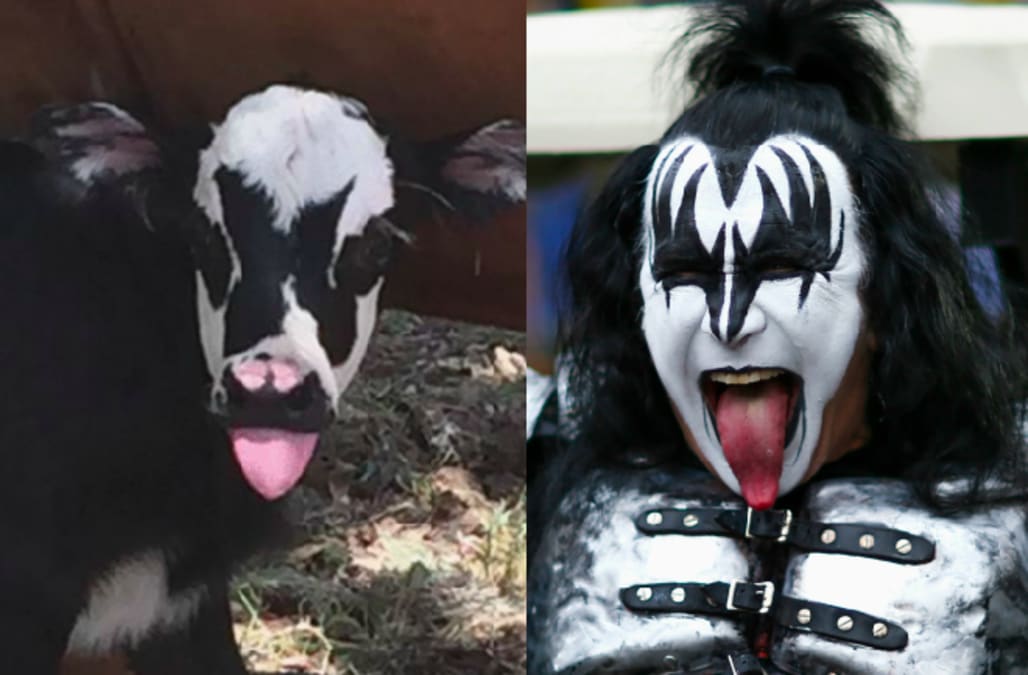 This cow wants to rock 'n' roll all night and party every day -- or so we'd assume, if she's anything like her human doppelgänger.

The ever appropriately-named "Genie" the calf was born on July 28 in Kerrville, Texas, on the Ranch of Heather Leonard Taccetta who works at Cowboy Steak House.

Genie even likes to stick out her tongue in photos, just like the famous singer. Really, the resemblance is uncanny. 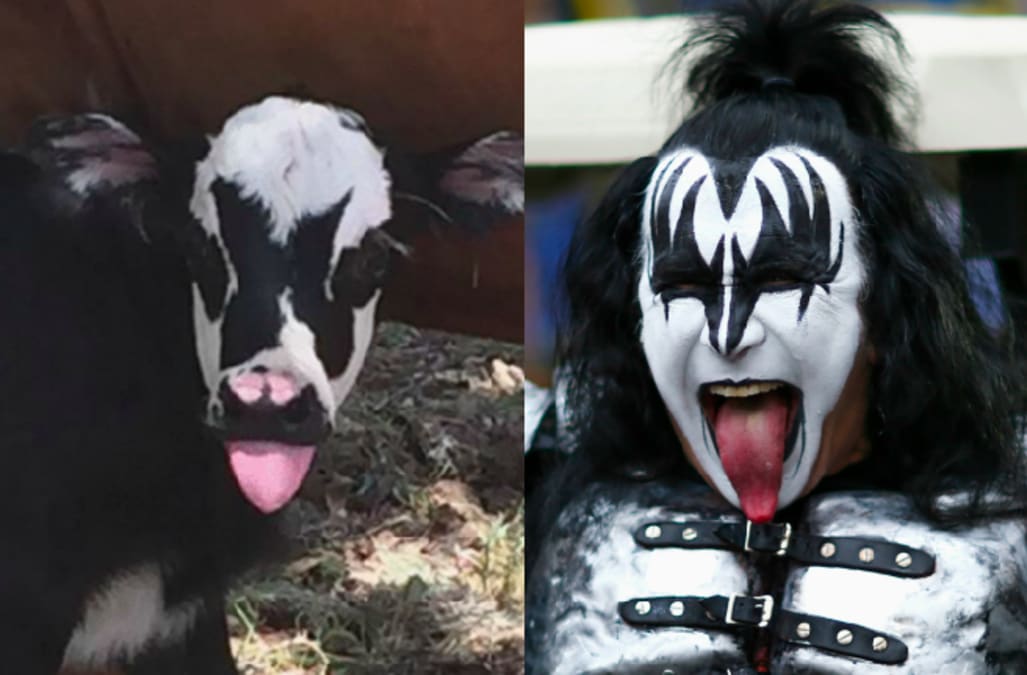 On the left: Genie the calf. On the right: Gene Simmons, frontman of KISS. Coincidence? We think not.
(Photo: Facebook/Reuters)

Taccetta shared Genie's photo with Hill Country Visitor, a Texas tourism company, which posted the image on its Facebook group where it went viral.

Simmons has yet to respond to the joking allegations that he may have fathered the cow, but he did tweet about the calf to express his enthusiasm over the crazy resemblance.

Thankfully, the public doesn't have to worry about Genie's fate. Hill County Visitor reassured fans that the calf will be spared slaughter due to her special markings.

"Obviously, we can't serve this fine specimen," it wrote on Facebook on behalf of Taccetta. "We may just keep Genie as we call her, as a Mascot for the Steakhouse."