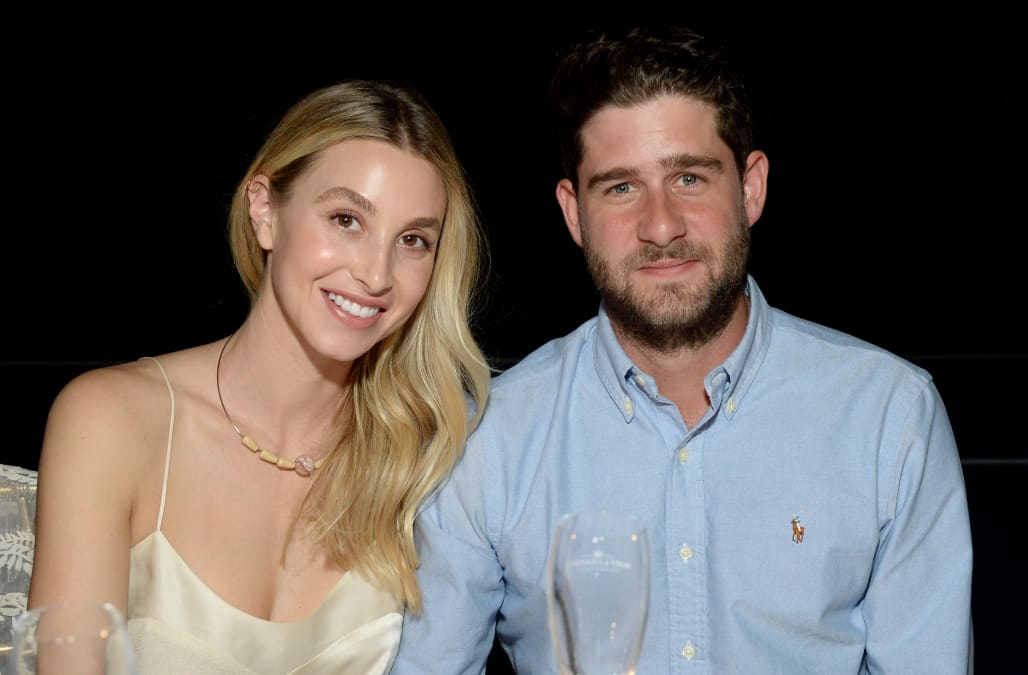 Whitney Port is a new mama.

The Hills alum announced Monday she has welcomed a baby boy with husband Tim Rosenman.

"Sorry I've been MIA for like a week! I lost my phone. Just kidding!! I made a human!" she captioned on Instagram. "Sonny Sanford Rosenman was born on 7/27/17!!"

Sorry I've been MIA for like a week! I lost my phone. Just kidding!! I made a human! Sonny Sanford Rosenman was born on 7/27/17!! Everyone is so happy and healthy and we are home now. I'm going to try my very best to not be one of those moms whose feed is dominated by their baby but I can totally see how difficult it will be not to. I am beyond obsessed and in love and wish I could bottle this feeling for all of you out there. Check out the blog (link in bio) for more and welcome our little one to the world!! ❤️❤️❤️

Port continued: "Everyone is so happy and healthy and we are home now. I'm going to try my very best to not be one of those moms whose feed is dominated by their baby but I can totally see how difficult it will be not to. I am beyond obsessed and in love and wish I could bottle this feeling for all of you out there."

Port, 32, also took to her blog to share photos of her firstborn.

"I love him and feel protective over him, but more than anything, I'm just like obsessed," wrote Port. "I can't stop looking at him, or thinking about him when I am in another room."

The reality star turned fashion designer announced her pregnancy via Insta in February.

Let's hope Sonny will have a play date with Liam James Tell, the son of Lauren Conrad and William Tell, sometime soon.

Oh hey! Just standing by the window in my underwear, with a BABY in my belly!!! 🤰🏼 DM me if you know what I'm supposed to do with this thing for how ever many years I'm supposed to be in charge. Check out my blog for a little letter from me & Timmy and for more behind the scenes of this crazy journey!!!! We are sooooo excited!!!! 📷: @colemoser