R. Kelly rubs phone on crotch, invites fan to touch him during show 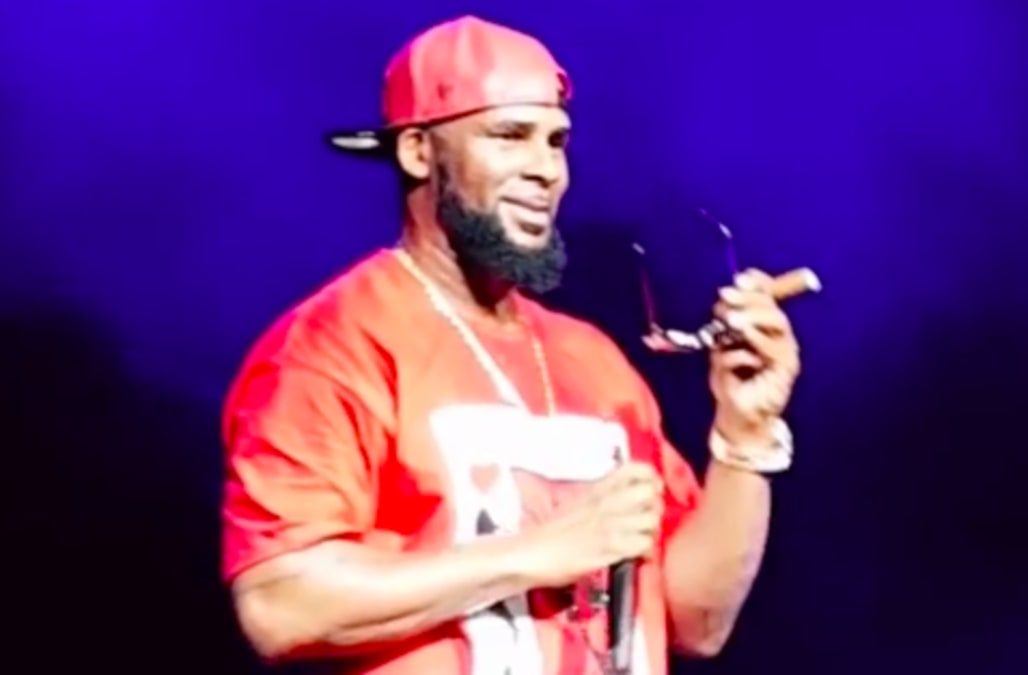 In his first live show since allegations broke that he is purportedly holding a number of women in a kind of sex "cult," R. Kelly did not dial back his signature outrageous antics on Friday night (July 28) at a show in Virginia Beach.

The singer has denied the recent Buzzfeed News story that claimed he's housing half a dozen young women in properties in Chicago and Atlanta where he allegedly controls all aspects of their lives, including what they eat, how they dress, when they sleep and how they "engage in sexual encounters that he records."

During the show at the Veterans United Home Loans Amphitheater Kelly -- wearing black track pants, a red leather baseball hat and a red shirt with a playing card featuring his picture -- sang his 1998 hit "Half on a Baby" directly into a front row fans' phone, then rubbed the device on his crotch before handing it back.

According to TMZ, Kelly didn't address the allegations, but offered a disclaimer before the show, which according to several reports was only half-full. "I don't want to offend nobody, but like I told them...; I'm a grown ass man... They hired R. Kelly, so I got to do the R. Kelly show. It just is what it is. It's all entertainment y'all. Don't get caught up in it...;For those of you who don't agree with my show...; Y"all better leave right now, because it's about to get freakier than a motherf---er."

Video from the concert also shows Kelly kneeling down to address a female fan in the front row, singing lyrics in which he encouraged her to wipe his lips, his tongue and "keep on wiping me babe" as the woman wiped his crotch with a towel before he said "now grab it!"