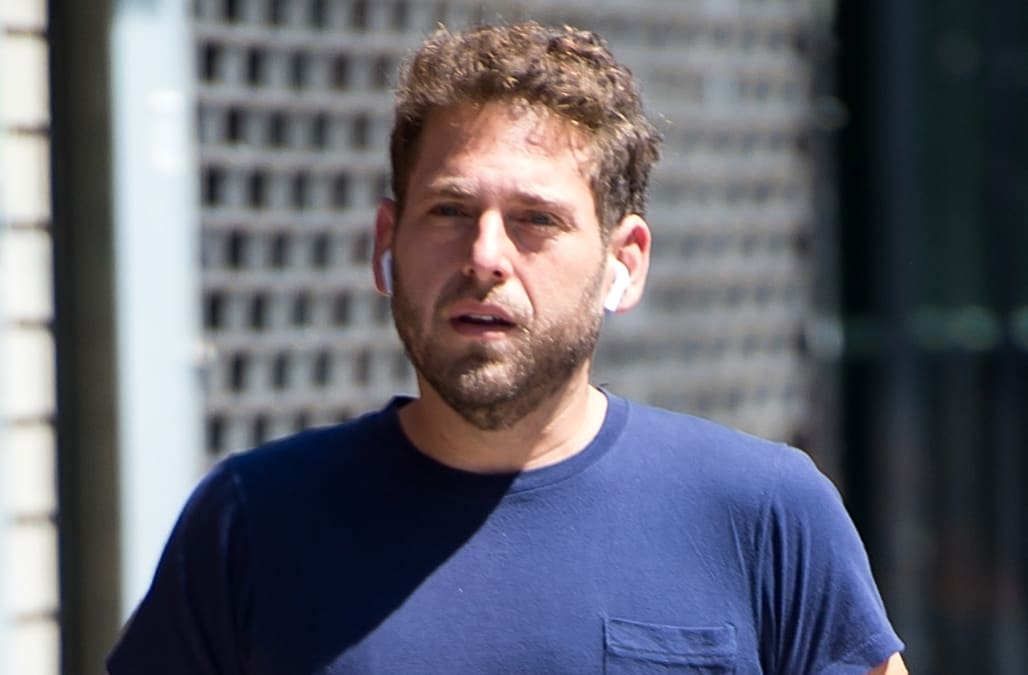 The 33-year-old actor was snapped out and about in New York City on Sunday, going casual in a blue T-shirt, burgundy pants and black Adidas sneakers. Hill looked noticeably trim, continuing his incredible weight loss.

See what Jonah Hill looks like now in the gallery below:

Jennifer Lopez and Alex Rodriguez stepped out for a date night in Miami after their joint birthday party.

Jennifer Garner showed off her fit physique in some chic workout gear. (Photo by BG004/Bauer-Griffin/GC Images)
Sofia Vergara rocked a sheer, asymmetrical dress while out in NYC. (Photo by Gotham/GC Images)
Liam Hemsworth was spotted on set of his upcoming movie, "Isn't It Romantic?" in NYC. (Photo by Raymond Hall/GC Images)

Rihanna stepped out for a night on the town in London in a sexy, silver slip dress.

Gwen Stefani was spotted out and about getting a manicure with a limited edition Fendi x Veuve Clicquot Charm attached to her key ring.

Jessica Alba rocked a mesh jumpsuit and matching shoes on "The Tonight Show" this week.

Amy Schumer was spotted on set of an upcoming film in NYC. (Photo by Ray Tamarra/GC Images)

Hill has been working hard at his fitness -- constantly spotted out at the gym -- after his shocking weight gain for his 2016 film, War Dogs. During an interview with Jimmy Fallon on The Tonight Show last August, he revealed ​that he asked his 21 Jump Street co-star, Channing Tatum, about​ how to slim down.

"I called Channing Tatum, and I was like, 'Hey, if I eat less, and go to a trainer, will I get in good shape?' And he's like, 'Yeah, you dumb motherf**ker, of course you will,'" he joked.