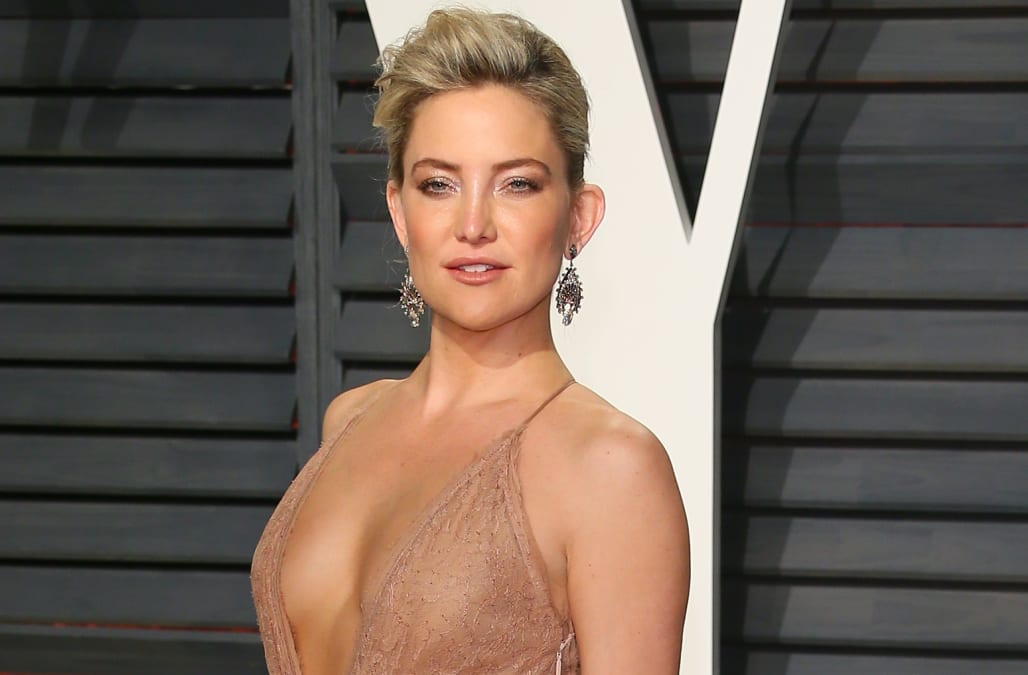 "The Mooch" is out ... and he got a special smooch goodbye from Hollywood's finest on social media.

President Trump reportedly fired Anthony Scaramucci as White House communications director just a mere 10 days after he began his post. The ouster is the latest in a series of unfortunate events for Scaramucci.

Of course, Hollywoods biggest stars had a lot to say about the Trump administration's latest firing, and they definitely DID NOT hold back!

Kate Hudson responded to the jaw-dropping news by paying homage to her hit 2003 rom-com, "How To Lose A Guy In 10 Days" with the movie's poster on Instagram. The big difference? Instead of Hudson and co-star Matthew McConaughey on the poster, we see Trump and Scaramucci's Photoshopped faces instead.

Box office results are in! The #1 comedy in America!

"Box office results are in! The #1 comedy in America!" she hilariously captioned the snapshot.

A slew of other stars, from Chrissy Teigen to Andy Cohen, revealed their true feelings in 140 characters or less. Check out the best reactions in the slideshow below:

Celebrities react to Anthony Scaramucci's ouster
Please tweet me your questions for the Real Housewives of the White House Reunion.
Box office results are in! The #1 comedy in America!
Dear @Scaramucci you set the image of Italian Americans back decades with your thug talk and "from one Italian to a… https://t.co/JR4TssLqOH
Yes I did.I knew it.That's why ya don't wait. Ya do it in the now! Strike now! Hey, There's an old Italian express… https://t.co/Q79eHUM4fJ
lol this fucking dumpster fire
ANTHONY SCARAMUCCI IS OUT🎉😂🤣🎉
Goddamn he missed his child's birth and his wife left him over a job he had for 10 days. Wow. https://t.co/6UxR9vNBs1
😂😂😂 This "administration" is quite literally a SHIT SHOW! 😂😂😂 https://t.co/I8aa2w4uU8
#TheMooch exits, stage right!! HAHAHAHAHA! THIS IS HILARIOUS!! Except it really isn't. Poor, pitiful US.
Well, that was fast. I think that's a new record for the Trump administration. Who do you think is next? https://t.co/sEagNJ2ZY6
Tonight so much drama on the Tell All special as I reunite #Trump and #Scaramucci for the first time since their breakup
the only jobs trump will actually end up creating are post-white house DWTS contestant positions for all his fired staffers
👋✌️ https://t.co/1HbDZt0Giz
hahahahahahaha...Buh-bye @Scaramucci! #AnotherOneBitesTheDust
Ummm, guys? What in the world is happening? /via @heykim https://t.co/EvyWBaOkCM
The Mooch Is Loose
It was amusing saying Scaramucci for all of 10 days. #NoMooch.
I honestly can't think of a more insane time in our country's history to be nominated for an Emmy.
This is really just another season of #TheApprentice but with the nation's fate hanging in the balance. https://t.co/o5ERi3i18Q
No chaos? That was this morning. Now Mooch is out, after just 10 days. But no chaos! https://t.co/1sT2rgCBug
I loved this recurring character, but in my heart of hearts I knew it was only going to be a 3 episode arc. https://t.co/O09llLNUWd
It took the Lord 7 days to create the universe. It took Scaramucci 11 days to Make America Great Again. Pretty close!
https://t.co/iEhBwdG12G
#themooch hahahahahahahahahahahahahahahahahahahahahahahahahahahahahahahahahahahahahahahahahahahahahahahahajahahahahahahahahahahahahahahahaha
Up Next

More from AOL.com:
Caitlyn Jenner calls out Trump over transgender military ban
Charlize Theron opens up about her traumatic childhood when her mother shot and killed her abusive father
'Charlie's Angels' star Cheryl Ladd is still a total blonde bombshell at 66