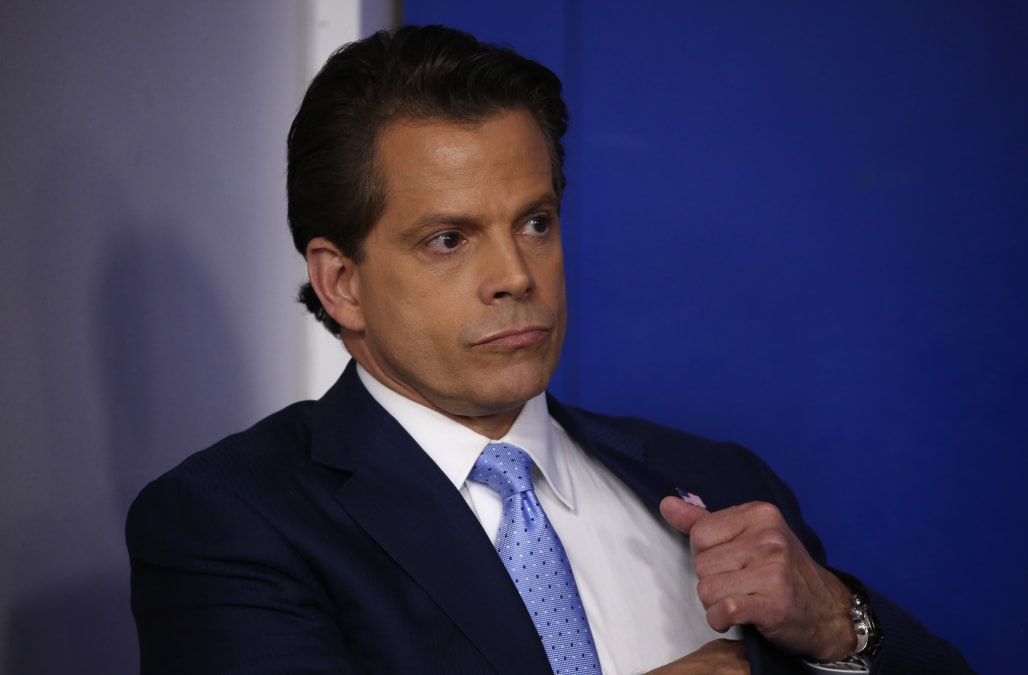 White House communications director Anthony Scaramucci paid $100,000 for a brief cameo in Oliver Stone's 2010 sequel "Wall Street: Money Never Sleeps" — and Donald Trump was supposed to be in the film, but his scene was cut, according to The Daily Beast.

The foul-mouthed former Wall Street executive, who is now running President Trump's communications team, appeared in the film as an unnamed short seller working for Josh Brolin's character. He was in two scenes totaling less than 15 seconds total.

Citing "sources close to the production," the Beast reported that Scaramucci paid $100,000 for the two cameos plus for the SkyBridge Capital logo to be displayed prominently in the film during a scene at a charity auction.

Scaramucci founded SkyBridge Capital, a global investment firm with over $11 billion in assets under its control.

According to the Beast, Trump also filmed a one-minute scene where he made small talk with Gordon Gekko, famously played by Michael Douglas, but it didn't make the final version of the film.

Trump even joked about is famous hairstyle, according to the Beast, with a line to Gekko, "Has anyone ever told you that you'd look great — really great — in a combover?"

Last year, Newsweek published a list of demands that Trump made prior to agreeing to appear in the film. The now-president's scene is available in the film's DVD extras.

RELATED: Donald Trump through the years: