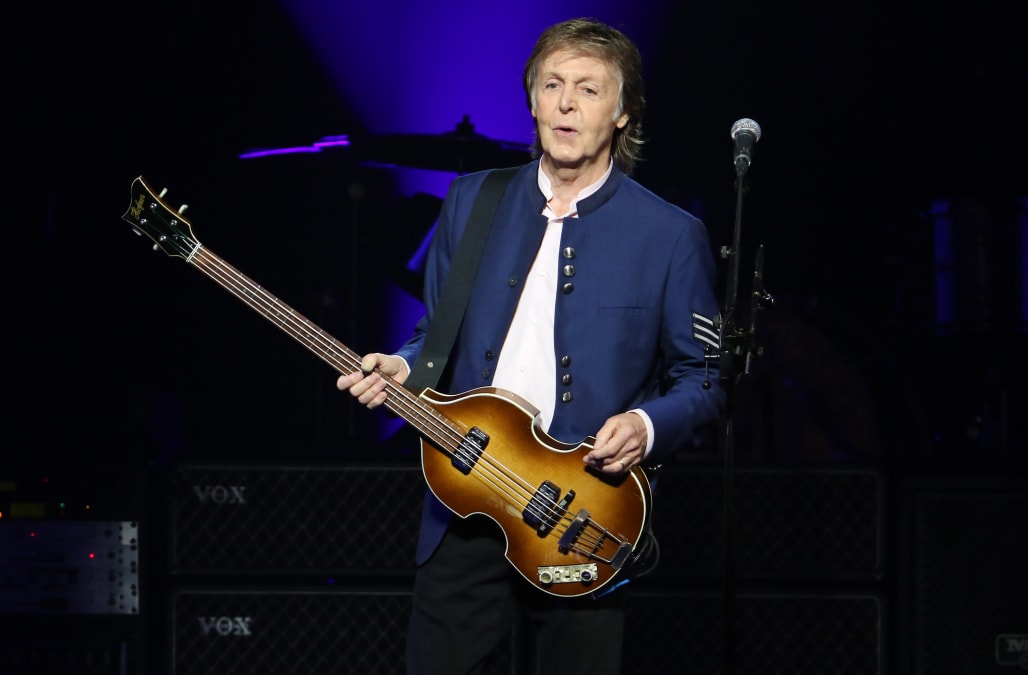 Paul McCartney will apparently have something to say about Donald Trump on his forthcoming as-yet untitled album from a comment he made during a visit to students at the Liverpool Institute of Performing Arts last week.

According to the Liverpool Echo, McCartney told the students, "Sometimes the situation in the world is so crazy, that you've got to address it."

McCartney is a co-founder of the institute, also called LIPA, and was a student there when it was known as Liverpool Institute High School For Boys. The high school closed in 1985 and reopened as LIPA after an extensive renovation. McCartney is the school's Lead Patron.

He didn't elaborate further on the song according to the report, but given some other recent comments he has made, Trump and his followers probably won't be a fan of the song.

In an interview with the Australian newspaper the Daily Telegraph published at the beginning of July, he told writer Cameron Adams, "I'm not a fan at all. He's unleashed a kind of violent prejudice that is sometimes latent among people, he said.

"He's unleashed the ugly side of America. People feel like they have got a free pass to be, if not violent, at least antagonistic towards people of a different color or a different race. I think we all thought we'd got past that a long time ago." His support for Trump's opponent, Hillary Clinton, was revealed during the 2016 campaign when a picture of McCartney and Clinton was taken before a show he was to do in Cleveland. McCartney's comment on the picture in a tweet said, "She's with me."

Trump has made comments about McCartney in the past as well. In a 2006 interview on CNN with Larry King, Trump criticized McCartney for not getting a prenuptial agreement before marrying Heather Mills, who McCartney later divorced.

"He insisted on no prenup and it's going to cost him a lot of money. And, I told him ... Prenups are very tough," Trump told King. "So, there's nothing really nice about it but in our world with the long courts and with the vicious lawyers and with all of the problems if you have money or if you think you're going to have money, you have to have a prenuptial agreement."

More from Billboard:
'Apple Store Rapper' Prince Harvey Stands Up to Trump by Releasing 100 Songs in 100 Days
POSSO On Confronting Industry Sexism: 'It Happens To All of Us and We Need to Start Holding People Accountable'
8 Times Musicians Spoke Out for Trans Rights: Demi Lovato, Jack Antonoff, Beyonce & More