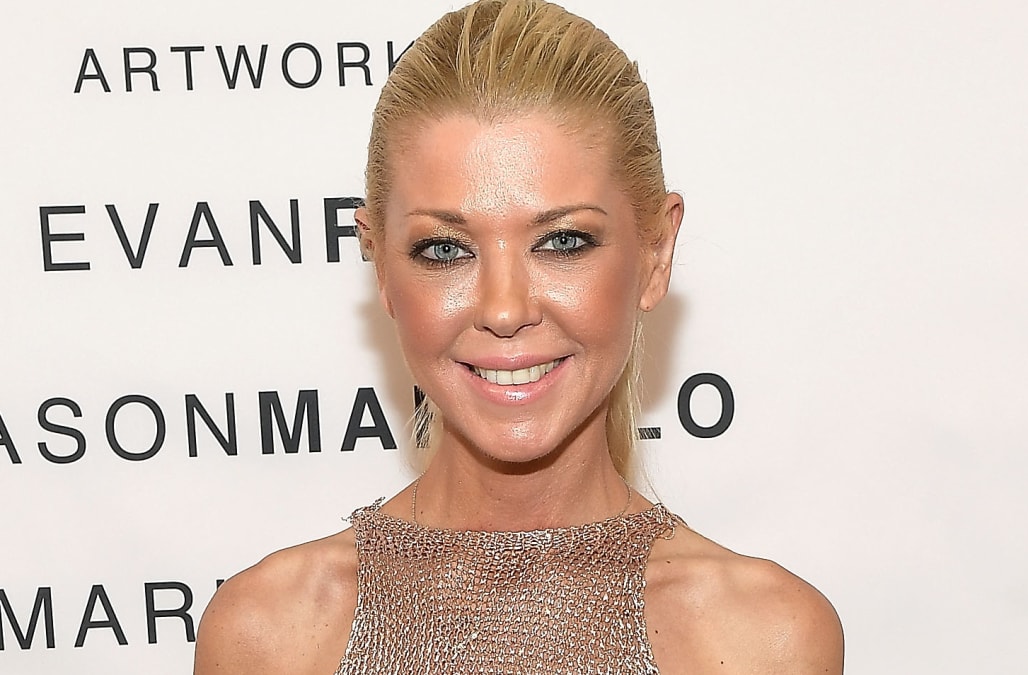 Tara Reid definitely turned a few heads when she hit the red carpet on Thursday night.

The Sharknado star appeared to be braless in a see-through chainmail mini-dress that she paired with sky-high nude stilettos. The style was so see-through that her underwear was visible, but Reid seemed quite confident in the risque ensemble.

See Tara Reid's shocking look in the gallery below:

32 PHOTOS
Tara Reid out and about
See Gallery

The 41-year-old actress wore the dress to the Art With a Cause event in Los Angeles, California, and mingled with Ashlee Simpson's husband, Evan Ross, whose work was on display. "It was a pleasure to come out and support @freedomunitedfoundation and @realevanross on the amazing revealing of his latest art work," she captioned a photo on Instagram of herself and Ross. "What a talent! 👏🏻👏🏻👏🏻 #ArtWithACause #FreedomUnitedFoundation."

It was a pleasure to come out and support @freedomunitedfoundation & @realevanross on the amazing revealing of his latest art work. What a talent! 👏🏻👏🏻👏🏻 #ArtWithACause #FreedomUnitedFoundation

Reid has attended quite a few red carpet events recently, and has sported a different show-stopping style every time. Just last week, she attended a Comic-Con party in San Diego, California, wearing a super short sequin dress along with her nude pumps, which you can see in the gallery above.

MORE: Tara Reid Shares Her Experience With Bullying and Being Criticized For Her Thin Frame

Earlier this month, she also made one simple change to her hairstyle, and looked nearly unrecognizable. Check out the striking style statement: