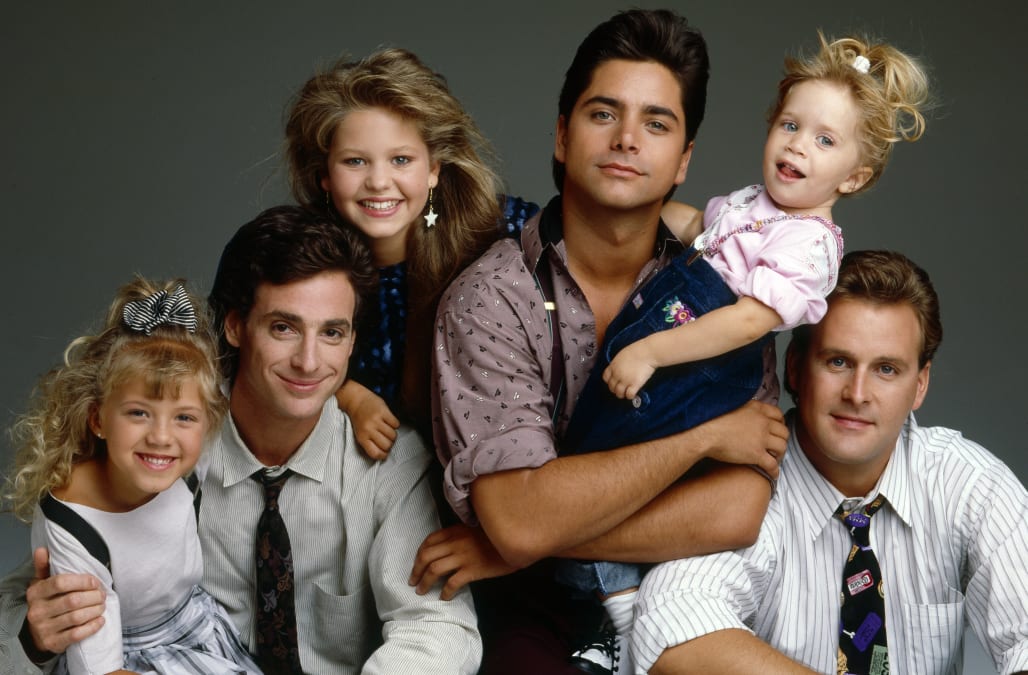 Hulu aims to tap into retro-TV nostalgia by recreating the "TGIF" block of Warner Bros. TV-produced family-friendly sitcoms that ran on ABC in the late 1980s and '90s.

Hulu has licensed all episodes of the original "Full House," which was revived by Netflix last year as "Fuller House," as well as "Family Matters," "Step By Step," "Perfect Strangers" and "Hangin' With Mr. Cooper." The shows will become available on Hulu on Sept. 29.

The streaming giant plans to promote the shows as a block to promote multigenerational viewing, as well as to introduce the shows to younger audiences. The block that ABC branded "TGIF" had a successful run with a blend of G-rated family- and youth-focused comedies that have become pop culture touchstones.

The deal for more than 800 episodes of "TGIF" sitcoms — dubbed internally as "TGIH" (H for Hulu) — comes on the heels of Hulu stepping up its pursuit of rerun rights to hot recent shows such as NBC's "This Is Us," Starz's "Power," Showtime's "Homeland" and FX's "Atlanta."

The licensing of the "TGIF" shows as a group reflects Hulu's efforts to carefully curate the library offerings in its vast archive of shows. With so many linear and digital platforms vying for viewer attention, the streamer has to look for ways to stand out and appeal to potential new subscribers.

RELATED: The history of Netflix:

"We're really focused on having not only really excellent and interesting content but in presenting it to the users in an interesting way," said Lisa Holme, Hulu's VP of content acquisitions. "The average consumer has more access to more content at their fingertips than they have ever had in human history."

Hulu began its pursuit of the "TGIF" block a few years ago, but it took Warner Bros. a long time to wind up existing contracts with linear TV outlets to make the shows available en masse for SVOD licensing, Holme said. Netflix was a contender against Hulu for the "Full House" library — no surprise given its investment in "Fuller House" — but Hulu's pitch to recreate "TGIF" was a compelling sell to the studio. This deal marks the first time "Full House" will be available on any streaming service. Hulu has also had success with its acquisitions of classics such as "Seinfeld" and "The Golden Girls." (The show that Holme is aggressively chasing at present: "The Fresh Prince of Bel-Air.")

The heightened focus on vintage series curation also comes as Hulu has gained traction with its original series, notably "The Handmaid's Tale." The dystopian drama toplined by Elisabeth Moss grabbed 13 Emmy nominations and is seen as a front-runner in the drama series heat as well as lead actress for Moss.

The mix of originals, newer off-network hits and vintage favorites is an effort to make Hulu an indispensable service to a range of consumers and tastes. Programming efforts are always viewed with an eye toward how many members of a typical household a show might draw.

"It's hard to believe we're talking about 'Full House' and 'Handmaid's Tale' in the same sentence — but these are stories that stand out and serve different needs," said Craig Erwich, Hulu's senior VP of content. "Sometimes people are in the mood for something that is very new and challenging, and sometimes people want something comfortable. Our job is to have the shows that feed those experiences."