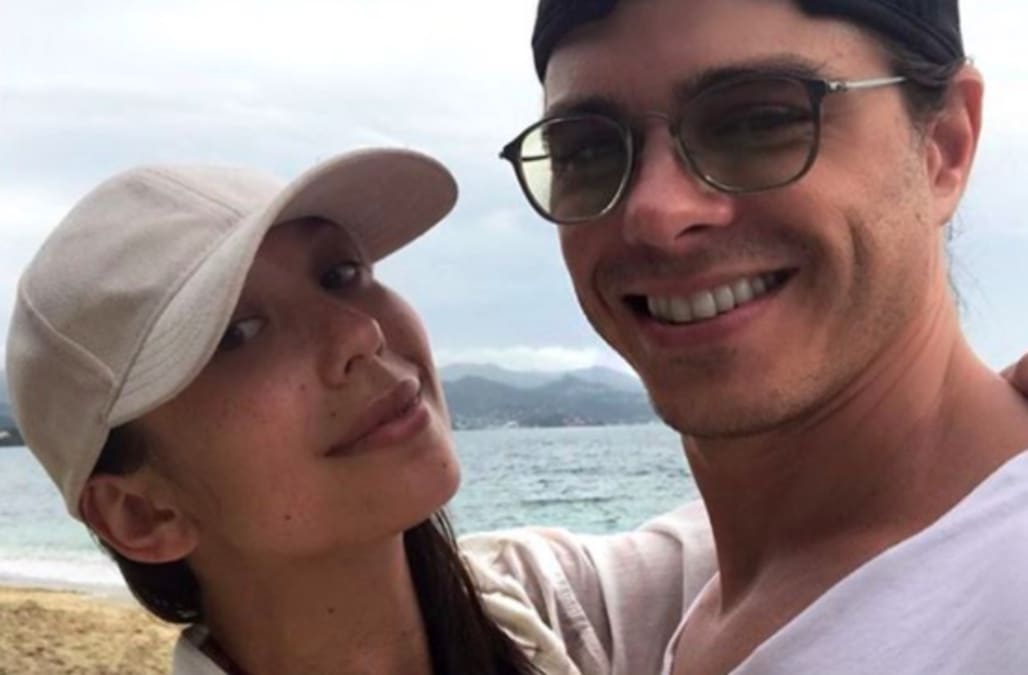 Cheryl Burke is all smiles!

The Dancing With the Stars pro took to Instagram this week to share highlights from her relaxing Caribbean getaway to Grenada with her boyfriend, Matthew Lawrence.

WATCH: Cheryl Burke Opens Up About Taking Over 'Dance Moms,' Filling in for Abby Lee Miller

In one of the sweet snaps, a bikini-clad Burke poses next to the Melissa & Joey star in front of the crystal clear water at the Sandals LaSource Grenada hotel. The lovebirds took the cuteness factor to a whole new level by sporting matching Adidas baseball caps.

Burke also shared a series of pics, featuring her and Lawrence splashing around in waterfalls, tubing, hiking and having the "adventure of a lifetime."

"Life's a beach," added Lawrence, who posted a selfie of the two to his own account.

22 PHOTOS
Cheryl Burke out and about
See Gallery

Lawrence, 37, first met Burke, 33, in 2006 when his brother, Joey Lawrence, was a contestant on Dancing With the Stars. They dated for about a year before calling it quits in 2008. They reignited their romance back in February, teasing fans with adorable Snapchats of the two hanging out in Big Sur, California.

Hear more on their love story in the video below!