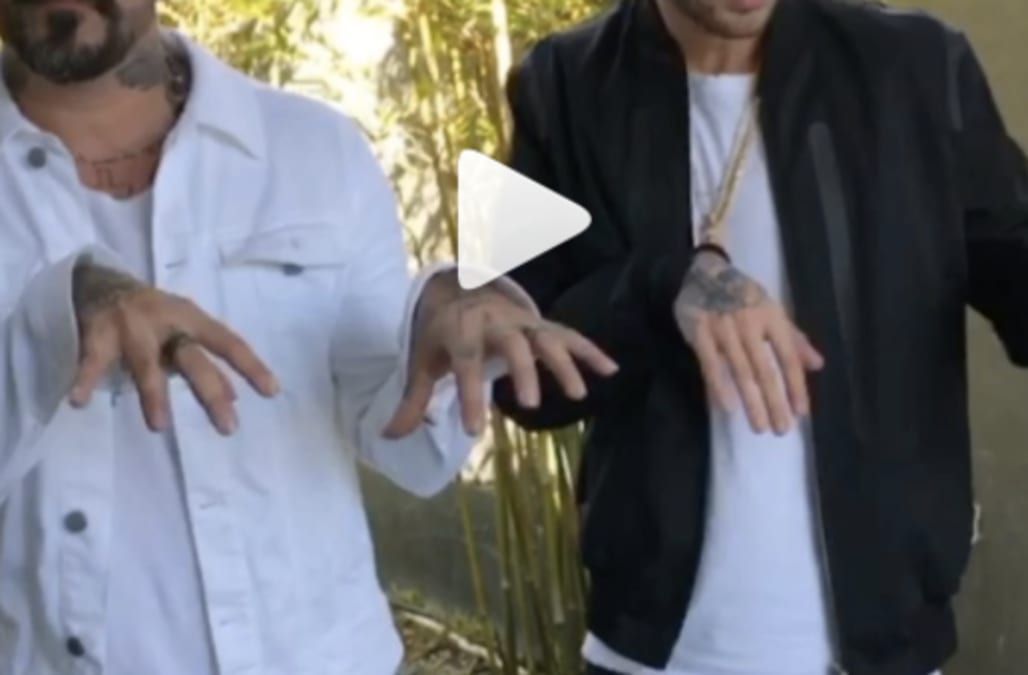 #BackstreetDirection might just be the boy band of the future.

Backstreet Boys member AJ McLean is seemingly working on a solo album, and he may have found the perfect collaborator in One Direction's Liam Payne, whose own solo hit "Strip That Down" is one of the biggest songs of the summer.

"Gonna be doing something fun today with Liam from one direction so stay tuned," AJ posted on Tuesday. A few hours later, a Boomerang sealed the deal:

The little coordinated dance is nothing new for AJ, since BSB mastered the art of boy band dancing long ago -- but it's uncharted territory for Liam! One Direction's stage presence was more like "organized chaos" (five boys jumping and running mixed with occasional water bottle tossing), but Liam managed to perfectly execute the short routine.

If Liam looks a bit different to you, it's probably because of the new 'do. "Fresh cuts," he announced Tuesday with a selfie of his new hairstyle.

AJ and the other four Backstreet Boys return to their Las Vegas residency this fall. You can buy tickets here.