Abby Lee Miller cries, eats mac and cheese during her last moments before heading to jail 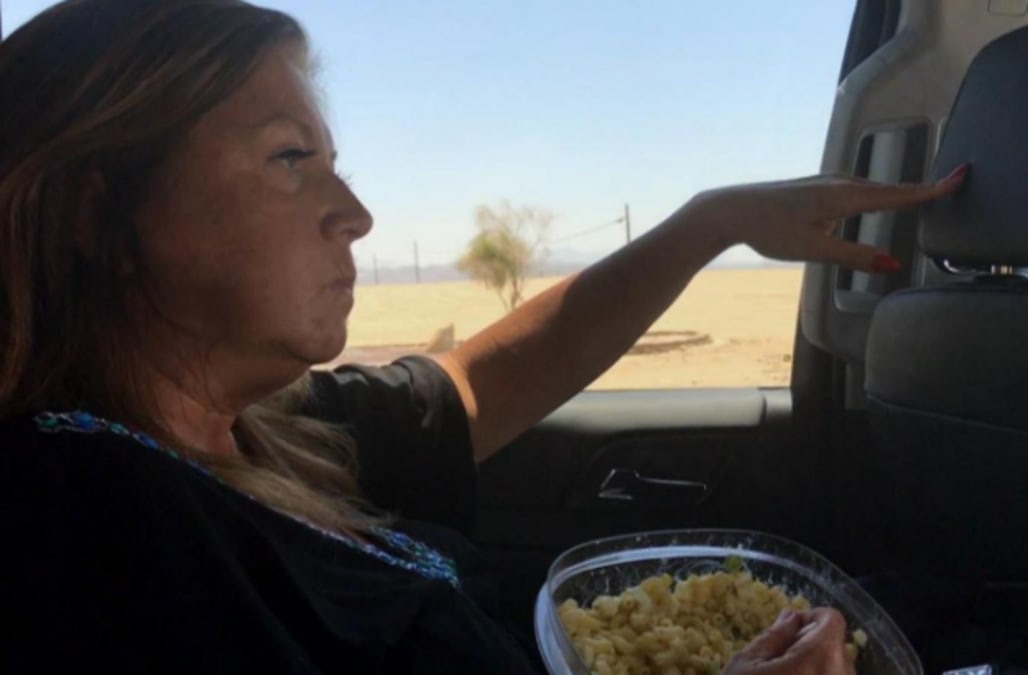 Abby Lee Miller shed plenty of tears during the dramatic final moments before turning herself in to begin her 366-day sentence earlier this month.

In a sneak peek of the Dance Moms: Abby Tells All exclusive premiering on Tuesday at 9 p.m. on Lifetime, cameras roll as Miller heads to the Federal Correctional Complex in Victorville, California. Miller, 50, sat in the backseat and ate macaroni and cheese out of Tupperware, before cameras had to be shut off as she entered the jail.

Miller is then heard tearfully asking a worker if it is a far walk to the bathroom from where she'll be let out of the car.

"It's over," she later says to herself, openly crying.

In an interview with The View's Jedediah Bila before serving her prison sentence, Miller also wiped away tears as she worried about being a target in jail.

Miller was found guilty in May of bankruptcy fraud in Pittsburgh, Pennsylvania. In addition to serving time, Chief Judge Joy Flowers Conti also ordered the reality star to pay a $40,000 fine and serve two years probation after her time behind bars. While on probation, she will need to live in a place "approved by the probation officer."

ET spoke with Miller earlier this month at the MARVEL UNIVERSE LIVE! AGE OF HEROES red carpet premiere in Los Angeles, where she shared that serving time will actually be an opportunity for her to concentrate solely on herself.

"I've always put everybody else's child first before my own health, before my own outfit, before my own time frame," she said. "Everybody else was dressed and out the door and looking perfect and I was running around trying to find a clean towel to take a shower with, so I think this will be a little 'me' time."