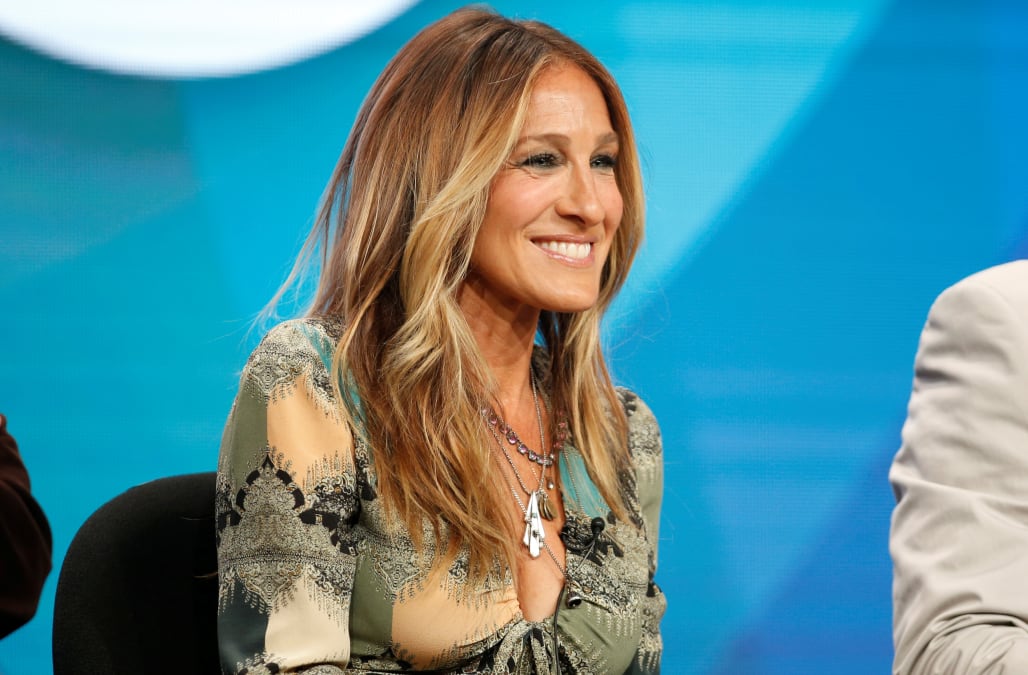 The "Sex and the City" star was spotted on the streets of New York this week rocking a much shorter, blonder hairstyle. We're pretty sure it's a wig for her role in the upcoming "Best Day of My Life" -- but when it comes to SJP's style, you never quite know for sure. 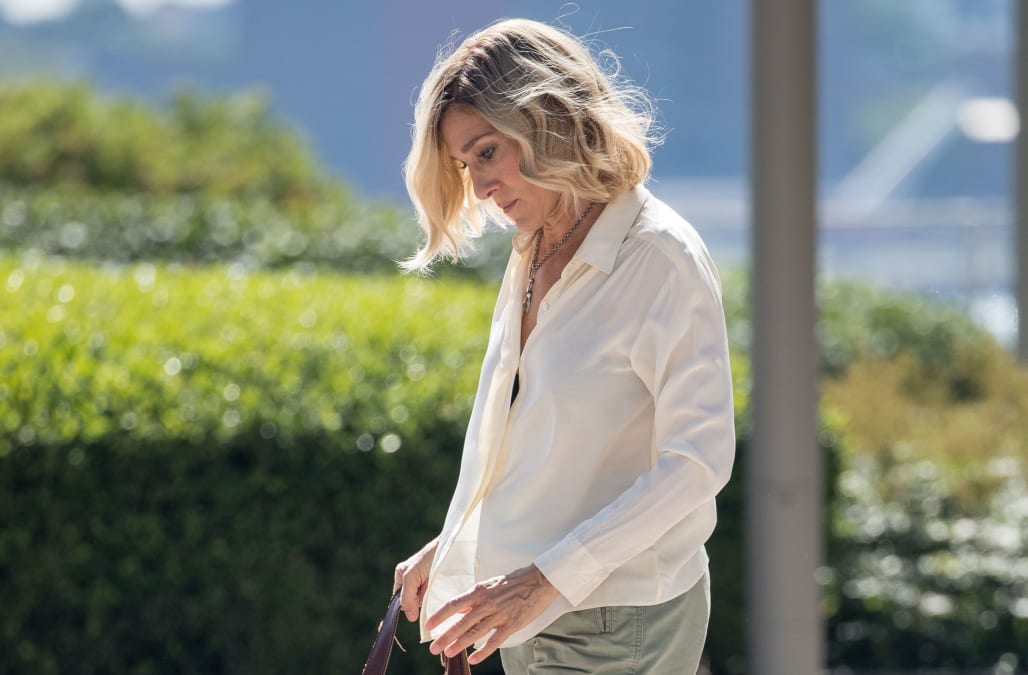 As Carrie Bradshaw in "SATC," Parker's hair was unmissable with big, bold curls. In real life, she sticks to simpler styles, typically long, loose waves. This cut and color, if it's legit, would be a marked change for the actress.

Parker, who is producing the flick, has Instagrammed a few set photos from the star-studded production. Other leading roles went to Renee Zellweger, Common, Taylor Kinney and -- it was recently announced -- Jacqueline Bisset.

Earlier this summer, Mila Kunis debuted a short style of her own, chopping off her long locks in favor of a shoulder-skimming length. There's just something about the summer heat that leads us all toward scissors!

That said, fall is fast approaching. Check out our picks for the best fall hairstyles in the slideshow below.

The best fall haircuts for every length and texture

Yes, we know this is an oxymoron, so we'll let Cho explain: "Think of them as long layers that blend away when blown smooth," she says. "They help add movement to long hair." If you take a look at Hadid's hair, you'll notice that her layers are so subtle that her hair almost appears one length. But stare longer, and you'll see they're there even as far up as right below her chin.

The Best Fall Haircut for Super-Fine Hair: A Multi-Length Pixie

While the pixie cut was already deemed one of summer's best chops for fine hair, hairstylists agree that it still deserves to hold that title for another season. The trick to taking yours into fall, according to celebrity hairstylist Sarah Potempa, is to add subtle layers through the ends. Not only is this a fresh update to the blunt cuts that were all over Instagram earlier this year, but by making sure your pixie is multi-length, especially in the front, it'll have an "edgier look" thanks to the piecier texture.

So, you've been rocking a pixie cut all summer and now it's slowing approaching bob territory. You're the perfect candidate for a shaggy, overgrown look. "Grown-out pixies like Sarah Paulson's are an easy, fun hairstyle for transitioning into the fall," says Suave Professionals celebrity hairstylist Jenny Cho. "Use a little texture spray and air dry your hair or diffuse-dry it to bring out a natural wave." If you're worried about the awkward grow out, here are our best tips for making it virtually unnoticeable.

"I love a bob on someone with finer hair," says Cho. "Whether it's chin- or collarbone-length, it all seems to help create the illusion of thickness." By keeping the ends blunt, you'll be able to help create that strong shape like Cate Blanchett's style. And considering the fact that this shorter cut instantly flatters all face shapes, we can't help but feel like this look is a win.

Step 1: Get thee to a stylist who specializes in curls. Step 2: Ask for blended layers. "You want a vertical haircut where all of the layers blend into one another so they fall naturally and not in shelves," explains Potempa. This will result in a rounder shape with softer edges like Jessica Szohr's look here, whereas blunt ends create the more polarizing triangle shape—not that we love it any less.

"A just-above-the-shoulder cut with subtle layers at the ends is a great look for fall," says Potempa. "You can style it with soft waves or wear it sleek and straight—it's really versatile." For a more updated look, try out Jennifer Lawrence's semi-retro waves instead of the usual textured, beach waves you've been rocking all summer long.

The Best Fall Haircut for Wavy Hair: A Polished Lob

The big difference between summer's lob and fall's is all in the way you style it. "A soft smooth blowout—less beach wave and more of a clean polished look with movement—will work well for this kind of hair," explains Cho. "A good moisture cream is a great way to achieve this result, so I recommend layering in Suave Professionals Luxe Style Infusion Smooth Light Weight Weather Proof Cream and a medium-hold mousse before blow-drying your hair with a round brush."

As any girl with fine hair knows, creating movement or volume in your hair can seem virtually impossible. The solution? A blended, one-length haircut with subtle layers throughout, says Potempa. Avoiding blunt ends and opting for an off-center part will also help introduce movement into your hair without the need for heavy styling products.

The Best Fall Haircut for Wavy Hair: Long with Layers Starting at Your Chin

If your hair falls somewhere between wavy and curly, Alvarez recommends adding a few different lengths to your hair (not deep layers!) in order to best play up your texture. "The different lengths help waves fall into place—and make it easier for you to use products—so your hair doesn't end up frizzy," she says. For smoother, more defined waves, Alvarez advises using Dove Style + Care Curls Defining Mousse ($4) to damp hair for added volume and softness. And make sure to avoid these unintentional hair habits that can cause hair to frizz.

There's no such thing as cookie cutter curls, especially for thick hair. With that in mind, it's important to know that when it comes to finding the best haircut for long curls, it's all about enhancing what you already have. Case in point:Zoe Saldana's long layers, here. "I always recommend layers and a defined shape for clients with thick curls," says Dove celebrity hairstylist Cynthia Alvarez. "Long or short, a layered cut is always flattering as it keep hair from becoming too voluminous."