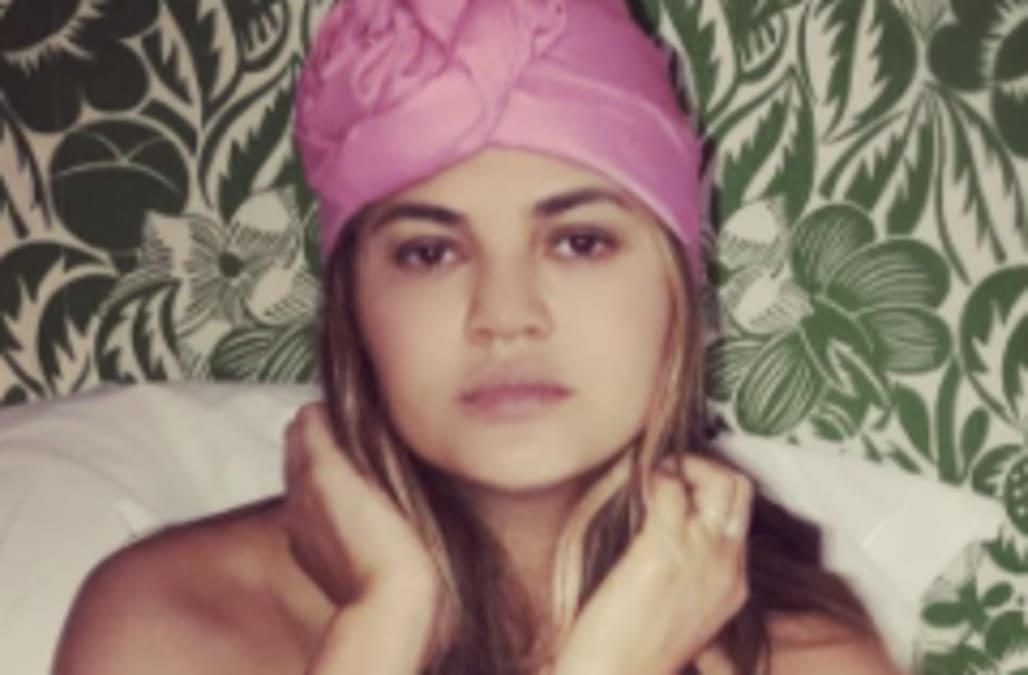 Chrissy Teigen in her birthday suit!

The supermodel took to Instagram on Monday night to share a series of photos of herself without any clothing on as she poses seductively on a hotel bed.

SEE ALSO: Chrissy Teigen gets blocked by Donald Trump on Twitter: Find out what the last straw was!

The captionless pictures show Teigen rocking a pink head wrap, one black stiletto and nothing else as she lounges in strategically-placed white bed sheets. In one photo, she looks directly into the camera as she touches her hair and puts one foot out from under the covers. In the other, she lays backwards with her feet on the wall above the bed and her arms covering her cleavage.

After posting the two nude shots of herself, the cookbook author posted two adorable snaps of her adorable daughter, Luna, 1. The black-and-white photos show the growing tot smiling for the camera as she gets ready to "read" herself a book on the couch.

The photo spree came just hours before Teigen also revealed that she had been blocked by President Donald Trump "after 9 years of hating" him.

"After 9 years of hating Donald J Trump, telling him 'lol no one likes you' was the [last] straw," Teigen captioned a screenshot of proof that she'd been blocked by the Twitter lover on Tuesday morning.