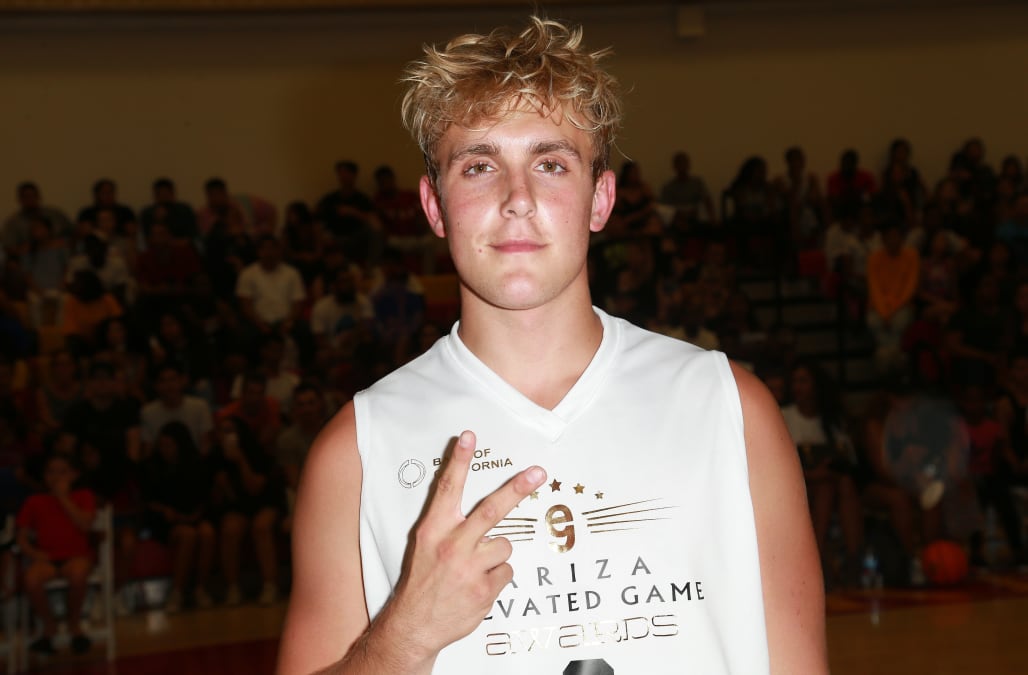 Jake Paul will be leaving his role on Disney Channel's Bizaardvark.

The news comes after the 20-year-old actor recently made headlines due to his Beverly Hills, California, neighbors accusing him of turning their neighborhood into a "war zone."

"We've mutually agreed that Jake Paul will leave his role on the Disney Channel series Bizaardvark," a spokesperson for Disney Channel tells ET. "On behalf of the production company, the cast and crew, we thank Jake for his good work on the TV series for the past 18 months and extend our best wishes to him."

Paul later took to Twitter to release a statement of his own, explaining that he has "outgrown the channel."

Stars Who Turned Down Disney Roles
Reese Witherspoon had agreed to voice Merida in Disney's "Brave" -- but there was one key issue. According to Reese herself, she had trouble mastering the character's Scottish accent: "I tried to do a Scottish accent once. It was bad. I had to quit the movie."
Before agreeing to play Belle in "Beauty and the Beast," Emma Watson turned down the opportunity to play Cinderella in the live-action remake: "When they offered me Belle, I just felt the character resonated with me so much more than Cinderella did," she said.
Is your favorite Disney Channel film "Hocus Pocus"? Well, the classic DCOM almost looked much more handsome: Leo was approached to play the role of Max, offering him "more money than I ever dreamed of," but he walked away. "I don't know where I got the nerve," he later said.
"Hannah Montana" without Miley Cyrus? It almost happened! Singer JoJo was offered the lead role by Disney executives, but she turned it down, later revealing she had "no regrets at all" about rejecting the opportunity.
Warren Beatty was offered the part of Iago, villain Jafar's saucy parrot sidekick in "Aladdin." After he turned it down, Gilbert Gottfried landed the role -- although he first had to beat out Joe Pesci and Danny DeVito, he revealed.
Annnd sometimes you kick yourself later. Billy Crystal has said that turning down a role in "Toy Story" during its early development stage is "one of the only regrets I have in the business of something I passed on." He later took the lead role of Mike Wazowski in "Monsters, Inc."
In 2015, Variety officially announced that Moretz would play Ariel in Disney's live-action "The Little Mermaid." However, a year later, Moretz announced that she had pulled the plug not only on that film, but also on all others she was committed to. "I want to reassess who I am and find myself within my roles again," she explained.
Elle Fanning also turned down Disney's offer to star in "The Little Mermaid." She did, however, agree to play Aurora in "Malficent."
Michael Shannon was reportedly approached to do a major Disney blockbuster, but he wasn't interested at all. Although he wouldn't confirm the film, he gave this cryptic explanation: "They called me recently about some iteration -- I won't say -- but some version of a movie that's been made already countless times. They were gonna give me a lot of money, but I was like, nah. Big movie, too. But I have to think it's an interesting story. If I don't, I can't do it."
The director of "Monsters, Inc," Pete Docter, was dying to slate Bill Murray as monster Sulley alongside Billy Crystal. But after doing a screen read for the part, Murray refused to answer the phone when the director repeatedly called. "We took that to mean no," Docter said.
No thanks! Although she hit it big on Disney Channel's "Wizards of Waverly Place," Gomez declined the leading role in its hit movie-musical "Camp Rock." She also turned down a part in "High School Musical 3: Senior Year."
Up Next

"My team, Disney Channel, and I have come to the agreement it's finally time for me to move on from the Disney family and Bizaardvark," he said. "Being a part of the Disney family for the past two years was incredible and a dream come true. I love my cast mates and will continue to support Disney, but I have outgrown the channel and feel it's time to move forward in my career."

Love you all! Thanks for the support❤️

Can't wait to continue to grow and conquer🙌🏼

"At this point in time, I am wanting to focus more on my personal brand, my YouTube channel, business ventures, growing Team 10 and working on more adult acting roles. We have big things in the works and I can't wait to share it all with you," he concluded. "This is just the beginning. Love you Jake Paulers."

Paul made headlines last week after his neighbors went public with their grievances against the actor, accusing him of turning the posh Beverly Grove neighborhood of Los Angeles into a "war zone" with his antics. According to KTLA, Paul's neighbors are planning to meet with local police and potentially file a public nuisance class action lawsuit.

Paul, however, didn't seemed to concerned with his neighbors' complaints about his stunts (which include surfing down the street when it's raining, lighting his friends on fire and skateboarding into the pool), as he laughed off a reporter and tweeted that his neighbors should find other things to worry about.

@ neighbors you won't do it pic.twitter.com/FafPcvPKfD

Paul told ET last October that his plans were to become "the Dr. Dre of social media." See more in the video above.