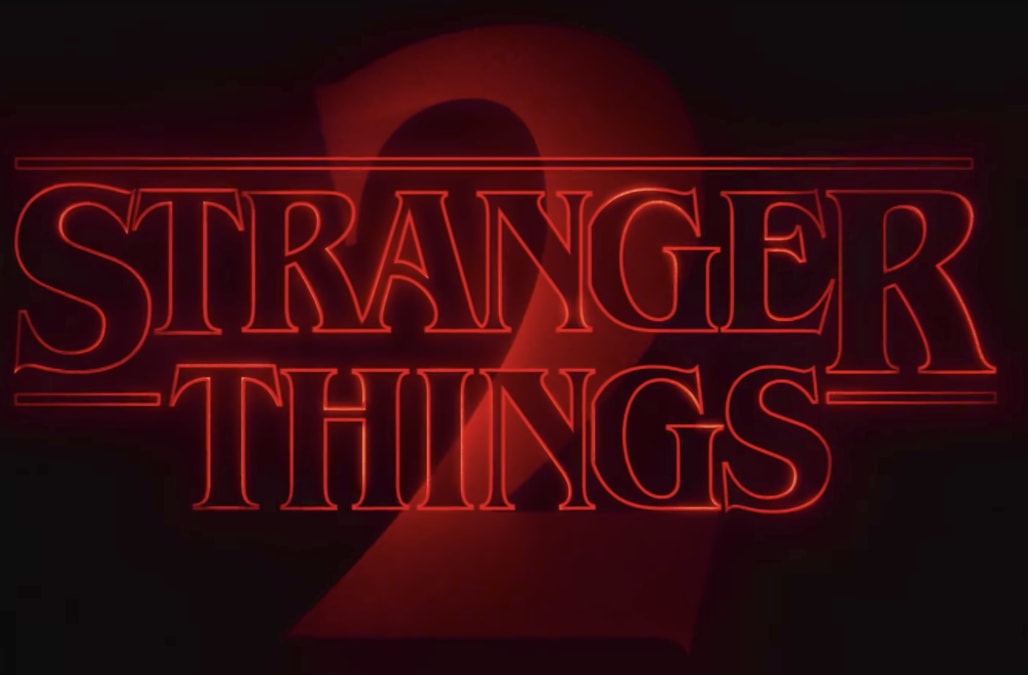 The cast and creators of "Stranger Things" arrived in Hall H, the biggest Comic-Con venue of all, on Saturday, and cracked up the assembled crowd for most of the hourlong panel. They also unveiled a new trailer. (Video above.)

The new trailer starts out with the kids at a video arcade, playing Dragon's Lair. Will sees a vision of the Upside Down outside the arcade, complete with a red, stormy, supernatural sky. Later he says, "I saw something. I felt it everywhere."

Eleven is glimpsed in the almost black-and-white Upside Down, and then puts her hand through back into a hallway in Hawkins, Indiana.

But before that, the boys — wearing Ghostbusters costumes — have the kind of trap that the Ghostbusters used, and something is clearly within it.

Earlier, asked what the genesis of the show was, Matt Duffer said, "We're big movie nerds — that's what we wanted to do. We started to get into television as it became more cinematic."

The brothers said they thought about "what would be the ultimate long movie — Spielberg directing a big, fat Stephen King book. That was the dream, that was the ambition," Ross Duffer said.

Shawn Levy said he became aware of the project when an executive he works with said he had to drop everything and read the "Stranger Things" script. Levy said he was immediately into it. "We didn't know if anyone was going to let us make it and we definitely didn't know if anyone was going to watch it," but he wanted to do all he could to get "Stranger Things" on screen.

Moderator Patton Oswalt asked the Duffers and Levy about the show's distinctive music, and also praised the show's logo.

"Once I saw the font of the title, I was in," Oswalt said.

"We wanted it to look like one of those Stephen King books that we devoured," Ross said. Though the cast was tight-lipped when it came to Season 2 spoilers, there were a few fun facts scattered through the panel:

1. Millie Bobbie Brown did not like crying. Playing Eleven "was difficult because obviously, I had very few lines. I had to express everything with my face which is very hard. But it gets easier when you feel more comfortable with your character the first two exp I just fell in love with 11 and 11 was me. the only thing that was hard was crying I feel like I'm a happy person so that when I'm crying I would need five minutes to get in the zone. It's hard to keep a straight face with teen boys because they play pranks and tell a lot of jokes when I'm doing an emotional scene. "

2. Caleb McLaughlin needed help with slingshot training. "I realized that I did it wrong. I held it weird in the beginning and then I had to learn how to [do it]. THe day I was supposed to be slingshotting the Demigorgon, I was shooting it at the camera and everyone else around there," McLaughlin said.

3. Sheriff Hopper won't strip in Season 2. In Season 1, David Harbour said, Hopper got to "go on such a classic hero's journey. He plays such a jerk [in Season 1,] then by around Episode Four, you're like, 'This guy is super-awesome and if he dies I'm suing Netflix!' The journey was so satisfying to see him come to life. That breath [Hopper] takes when he revives Will, [Hopper] sort of wakes up. You can't do that again, you can't wake up again." But in Season 2, "there is a psychology of a heroic action and whether or not [a person] can live up to that in their daily life... there are perils of a savior complex." But don't look for another shirtless scene for Harbour. "Nobody needs to see that," Harbour said with a laugh. "That was the one hatemail we got." He left it to the audience to decide whether he was serious when he said that "Hopper gets to do some very thrilling sexy things in Season 2."

4. Paul Reiser plays an authority figure trying to deal with the crisis in Hawkins. "I come in to clean up" the situation, Reiser said.

5. Sadie Sink plays a character who joins the group of friends. We don't know much about her aside from the fact that she moves from California to Hawkins.

6. Shannon Purser — Barb — remains a fan favorite. She came to the microphone to ask a fan question. She was invited up to the main stage, where she asked her question: Is Barb going to be in Season 2? No, but "there will be justice for Barb. Barb will be avenged," Harbour said.