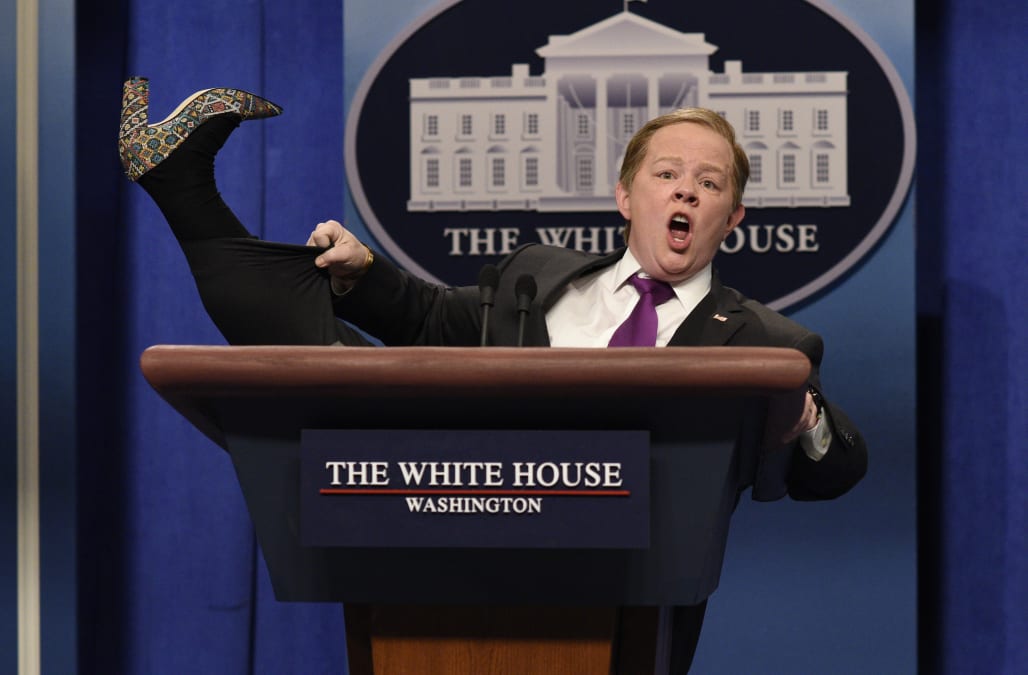 Both Sean Spicer and Melissa McCarthy said goodbye to big jobs on Friday.

The White House press secretary announced that he would be resigning from his post, and McCarthy fans were quick to point out that Saturday Night Live would no longer be needing the 46-year-old actress' hilarious impersonation of "Spicey."

"Congratulations to Sean Spicer and condolences to Melissa McCarthy," one Twitter user wrote.

But the comments didn't stop there! "I would give anything to see Melissa McCarthy replace Sean Spicer," another Twitter user quipped.

How DARE Sean Spicer deny us 3.5 more years of Melissa McCarthy as #Spicypic.twitter.com/217Z6sVvAO

But can we keep Melissa McCarthy as Sean Spicer 😭 pic.twitter.com/5lwBNhw0Jr

Congratulations to Sean Spicer and condolences to Melissa McCarthy.

Is it sad that I'm sad that Spicey's gone? Mainly because SNL won't have Melissa McCarthy anymore #SeanSpicer#spiceypic.twitter.com/RN268h0JcM

Thinking about Melissa McCarthy during this difficult time ... pic.twitter.com/C6wEjCYyY6

"So much for creating jobs." -Melissa McCarthy

NOOOOO!!!! It's a @realDonaldTrump plot to put @melissamccarthy out of work. SAD!!! https://t.co/GGfWrVmrnV

McCarthy debuted her acclaimed Spicer impression in February, when she made a surprise appearance on SNL when Kristen Stewart was hosting. She has since reprised the role at least four more times, including when she rode down the streets of New York City on a moving podium in May.

While on The Ellen DeGeneres Show in March, McCarthy talked about what it's like to portray Spicer. "The weird thing is I think I look so much like my dad," she said. "I feel like my dad and Sean Spicer had a baby and it's me, which makes it even weirder."