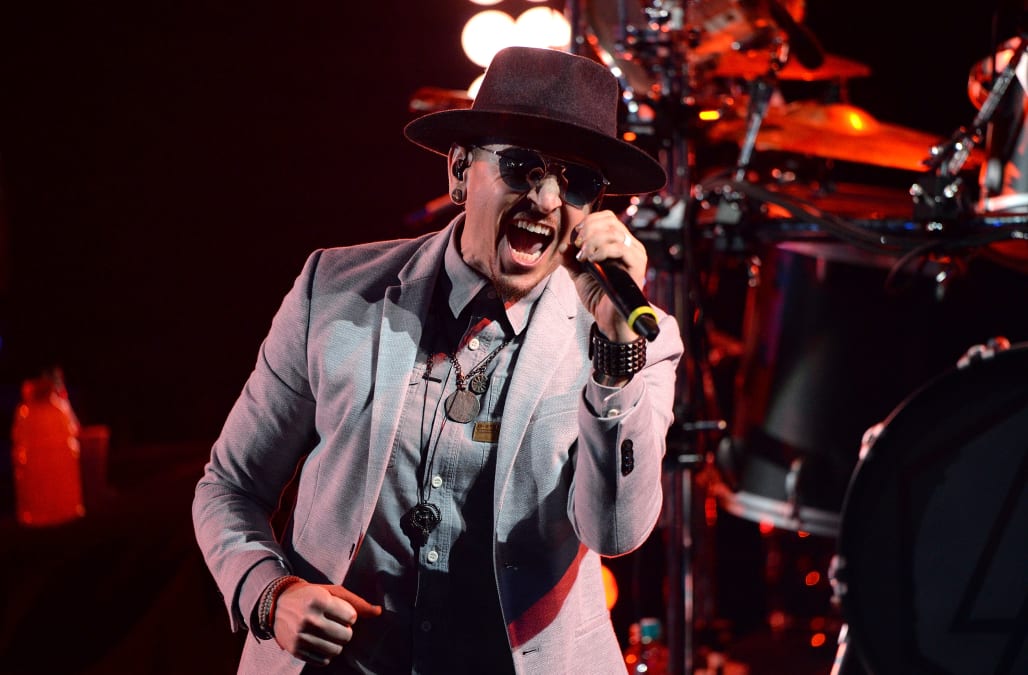 Spokesman Ed Winter disclosed that the 41-year-old musician hanged himself from a bedroom door in his home near Los Angeles. He also added that there was a half-empty bottle of alcohol in the room, but no drugs were noticeable.

His body was found by a housekeeper on Thursday right before 9 a.m. in a private residence in the Palos Verdes Estates, a district in Los Angeles County. Bennington had just returned on Wednesday from Arizona, where he and his wife, former Playboy model Talinda Ann Bentley, were spending time together.

There has been speculation about whether drugs and alcohol were factors in Bennington's death, considering the rocker has struggled with substance abuse at various times in his life.

In 2006, he revealed that at one point in his life he was smoking crack and using crystal meth:

"I was on 11 hits of acid a day. I dropped so much acid I'm surprised I can still speak! I'd smoke a bunch of crack, do a bit of meth and just sit there and freak out. Then I'd smoke opium to come down. I weighed 110 pounds. My mom said I looked like I stepped out of Auschwitz. So I used pot to get off drugs."

Bennington leaves behind his wife of 12 years and six children. He was previously married to Samantha Marie Olit for nine years, between 1996 and 2005.

The singer was a close friend of the late Soundgarden frontman Chris Cornell, who also committed suicide by hanging in May. Bennington was found dead on what would have been Cornell's 53rd birthday. Bennington's hanging was nearly identical to Cornell's, according to TMZ.

Linkin Park is one of the best-selling alternative rock bands of all time. The music group has recorded a slew of hits over the years, including "Faint," "In the End" and "Crawling."

The band was set to kick off their "One More Light" tour in late July, but members of the group have not yet made a decision on whether to pull the plug in wake of the heartbreaking ordeal.

For more on Bennington's death, watch the video above.