Jada Pinkett Smith reacts to people calling her and Will Smith 'Swingers': 'Yo, I wish!' 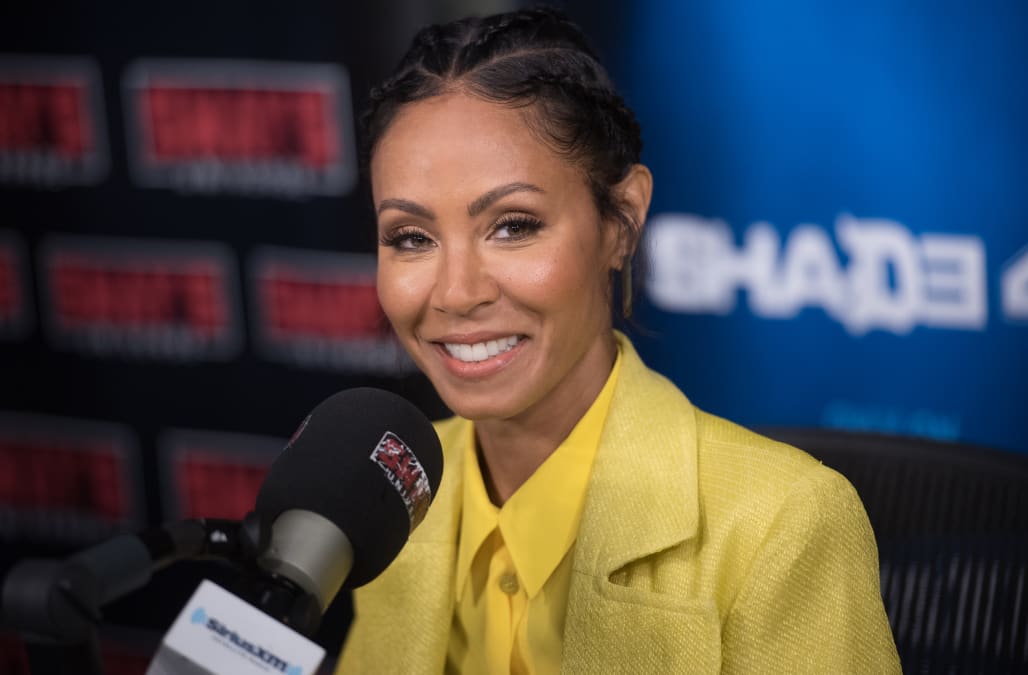 Jada Pinkett Smith has heard just about every rumor when it comes to her lengthy marriage to Will Smith! The 45-year-old actress stopped by Watch What Happens Live With Andy Cohen on Thursday, with her Girls Trip co-star, Queen Latifah, where she dispelled one particular rumor.

WATCH: Jada Pinkett Smith Reveals She 'Was a Drug Dealer' When She First Met Tupac, Reflects On Their Relationship

When a caller asked her about the craziest thing she'd ever heard about her family, Jada replied, "That Will and I are swingers. It's constant."

But she doesn't seem to take offense to the false claims, adding, "And I'm like, 'Yo, I wish!'"

The couple has been together for 23 years, but Jada didn't have any tips on keeping the romance hot when host Cohen asked.


"I don't know. I mean, I'm baffled, really," she quipped. "Will and I just have amazing chemistry on a lot of different levels. We love to laugh together, we love to learn together, and we just love each other. We just have a good time together. Yeah, I guess that's the secret. Yeah, we just really like each other!"

Jada continued with her honesty in a game of "Plead the Fifth," saying she hated her husband's 2000 movie The Legend of Bagger Vance.

She also got candid about former Fresh Prince of Bel-Air star Janet Hubert slamming herself and Will for their Oscars boycott.

But when asked about whether or not her son, Jaden, had ever actually dated Kylie Jenner despite the pair's claims that they were always just good friends, Jada pleaded the Fifth!