The evolution of OJ Simpson, from football star to prison inmate (photos) 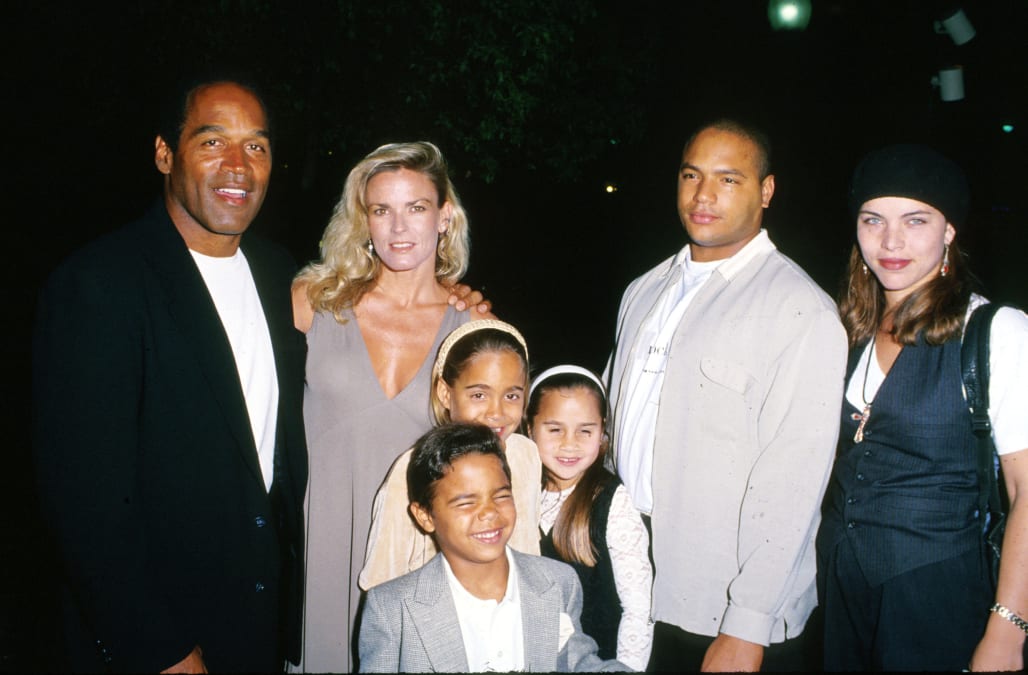 From USC football to playing professionally, from starring in a Hertz commercial to starring in "The Naked Gun" and from being a murder suspect to his acquittal, TheWrap takes a look at O.J. Simpson's life.

See his rise to stardom and his downfall below:

The evolution of OJ Simpson

Simpson played for his high school's football team, the Galileo Lions. He then enrolled at City College of San Francisco in 1965 and played football both ways as a running back and defensive back.

Many colleges sought after Simpson as a transfer student, but he chose USC, where he played running back for head coach John McKay in 1967 and 1968.

In 1967 at the age of 19, Simpson married Marguerite L. Whitley, and the couple had three children. One of the kids drowned in the family's swimming pool one month before her second birthday.

In 1967, Simpson was a junior at USC and in that year's Victory Bell rivalry game against UCLA, USC was down by six points in the fourth quarter. Simpson's 64-yard touchdown tied the score, and the extra point provided a 21-20 lead -- the play is now regarded as one of the greatest football games of the 20th century.

As a senior, he rushed for 1,709 yards and 22 touchdowns, earning him the Heisman Trophy, the Maxwell Award and the Walter Camp Award.

In 1969, Simpson was drafted by the AFL's Buffalo Bills, but he demanded what was then known as the largest contract in professional sports history: $650,000 over five years. Bills' owner Ralph Wilson refused, to which Simpson threatened to become a professional actor -- in the end, Wilson agreed.

In 1973, Simpson became the first player to break the 2,000 yard rushing mark during the last game of the season against the New York Jets. That year, he won the NFL MVP Award.

Simpson had the best game of his career in 1976 against the Detroit Lions, rushing for a then-record of 273 yards on 29 attempts and scored two touchdowns.

In 1977, Simpson met Nicole Brown. He was still married to Whitley but began dating Brown, and Simpson and Whitley divorced in March 1979.

In 1977, Simpson starred in his first commercial for Hertz, in which he ran through airports looking for the quickest way to rent a car. He would remain their spokesperson till the beginning of his murder trial.

Before the 1978 season, Simpson was traded to his hometown San Francisco 49ers, where he played for two seasons.  He retired from football in 1979.

Even before retiring from the NFL, Simpson had parts in motion pictures like "The Klansman," "The Cassandra Crossing," "Back to the Beach" and "The Naked Gun" trilogy. In 1979, he started his own film production company titled Orenthal Productions. Besides his acting, he was a commentator for "Monday Night Football" and "The NFL on NBC."

Brown and Simpson were married in 1985. They had two children and the marriage lasted seven years before Brown filed for divorce in 1992 citing irreconcilable differences. A year later, they tried to reconcile.

Brown and Simpson were married in 1985. They had two children and the marriage lasted seven years before Brown filed for divorce in 1992 citing irreconcilable differences. A year later, they tried to reconcile.

In 1994, Brown and Ron Goldman were found stabbed to death outside Brown's home in Brentwood. Simpson became a person of interest in the murder and after he failed to turn himself in, he became involved in a low-speed car chase in a white Ford Bronco SUV. TV stations interrupted coverage of the 1994 NBA finals to broadcast live. It became one of the most widely publicized events in American history.

What became known as the Trial of the Century concluded on Oct. 3, 1995, when Simpson was found "not guilty" for the two murders. The crime remains unsolved.

In 2006, Simpson starred in his own improv, hidden-camera TV prank show titled "Juiced." It aired as a one-time special on PPV TV and was later released on DVD.

Simpson was involved in legal troubles after this, but in 2008, the former football star was sentenced to nine to 33 years for armed robbery and kidnapping following a scheme to break into a room at the Palace Station hotel in Las Vegas to steal sports memorabilia.

In 2012, a Nevada judge agreed to "reopen the armed robbery and kidnapping case against O.J. Simpson to determine if the former football star was so badly represented by his lawyers that he should be freed from prison and get another trial."

In 2013,  Simpson was granted parole on some of the armed robbery convictions in 2013, but still had to serve at least four more years due to assault with a deadly weapon charges and other weapon-related charges.

More from The Wrap:
Here’s Why OJ Simpson Is Currently in a Nevada Prison
How to Watch the OJ Simpson Parole Hearing
‘People v OJ Simpson’ Writers Explain 5 Things They Made Up