Michael Phelps gets 'up close and personal' with a toothy great white in 'Shark Week' sneak peeks -- watch! 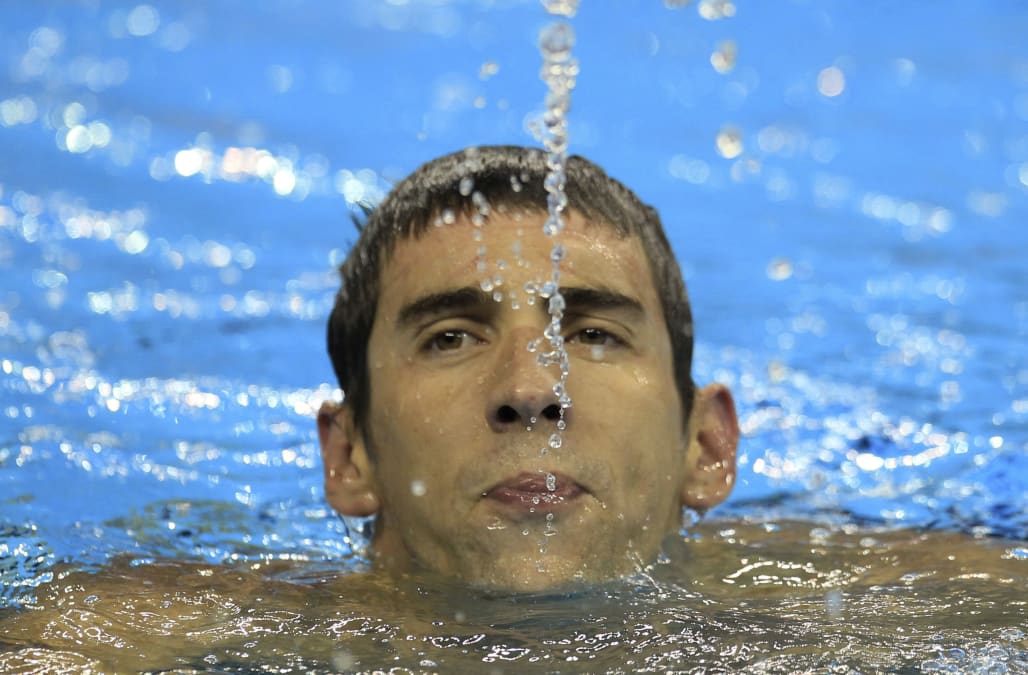 Michael Phelps is heading back into the water, but this time he's splashing around with some sharks!

The Olympic swimmer teamed up with Discovery Channel for their annual Shark Week programming extravaganza, and got some face time with a few of nature's most intimidating yet misunderstood predators.

"This is something I've wanted to do for a long time," Phelps says as he steps into a submerged shark tank off the side of a boat in this sneak peek at his special, Phelps vs. Shark: Great Gold vs. Great White. "I'm about to see these creatures up close and personal. This is going to be awesome."

WATCH: Michael Phelps to Race Against a Great White Shark In Shark Week's 'Phelps vs. Shark'

In the clip, Phelps experiences his first encounter with a great white and a very intense look at its mouthful of razor sharp teeth as it gnaws at the bars of his cage.

However, Phelps is doing more than just observing -- the 23-time Olympic gold medalist is putting his unparalleled swimming talent to the real test by going head-to-head against a great white shark in a timed race, to see who is really the fastest.

One of the tools Phelps is utilizing to even the playing field is a monofin -- a specially-crafted set of flippers for his feet that are designed to mimic a great white's tail fin.

WATCH: Michael Phelps Is Put to the Test While Trying Out for the 'Baywatch' Crew in New Commercial

The race, which takes place in open waters and not a controlled pool environment, presents Phelps with a few unexpected challenges, including low visibility, choppy waves and 55-degree waters -- all obstacles sharks are used to, but prove very difficult for a human swimmer, even one as talented as Phelps.

Racing a great white isn't the only shark show Phelps is participating in for Discovery's annual event. The athlete will also join Doc Gruber and Tristan Guttridge of the Bimini Shark Lab for another special, Shark School With Michael Phelps.

PHOTOS: Inside Michael Phelps' Final Olympics and Life as a New Dad

The trio headed out to South Africa to give Phelps "the pinnacle of shark experiences," and to "show him how powerful" the animals really are. Together, they aim to teach viewers about the oft-maligned animals and dispel many of the myths and misconceptions people have about sharks.

Fans will have to tune in to find out how Phelps fared against the ocean's most powerful predator when Phelps vs. Shark: Great Gold vs. Great Whiteairs Sunday, July 23 at 8 p.m. ET/PT.

ET caught up with the champion swimmer at the ESPY Awards earlier this month, where he opened up about why he signed on to be a part of Discovery's beloved Shark Week.

"I'm probably like one of the biggest nerds of sharks out there. I love sharks," Phelps said. "I swam with like seven [or] eight different sharks so far, some in the cage and most of them out of the cage, just kind of free diving, laying on the bottom. So if I have the chance to do more, I want to. It's just cool being able to watch those animals in their home. I think that's something that's really, really fun."

Check out the video below to hear more.