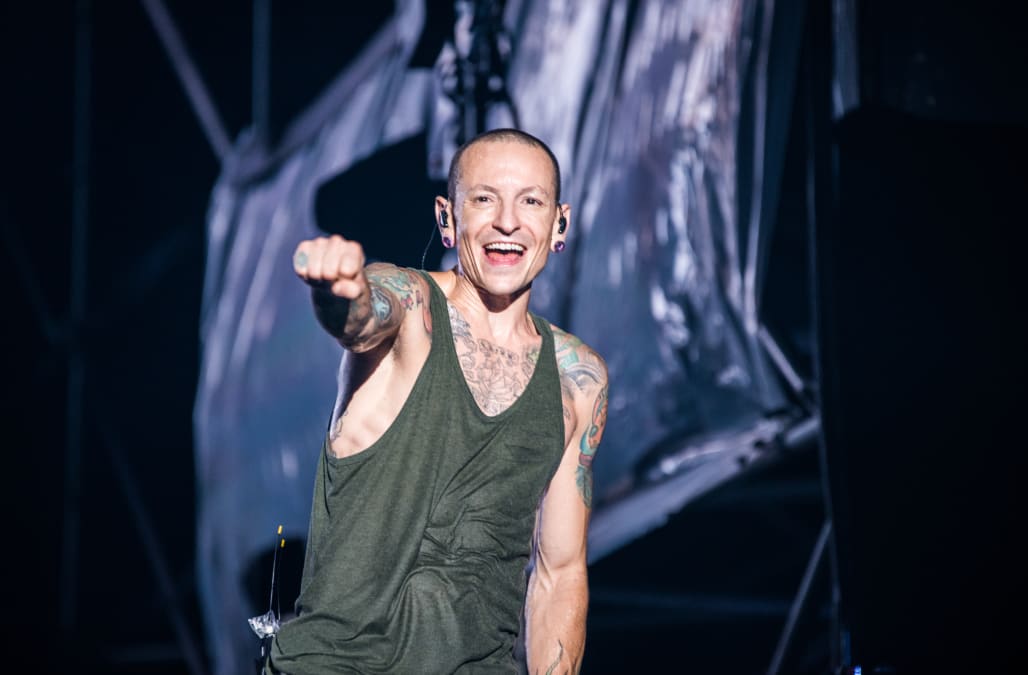 Linkin Park frontman Chester Bennington has been found dead at 41 in a reported suicide.

Law enforcement officials said that the musician hanged himself in a private residence in the Palos Verdes Estates, a district of Los Angeles Country, according to TMZ.

His body was reportedly found just before 9 a.m. on Thursday by a housekeeper. His death came as a shock to his bandmates, who he was supposed to meet just hours after his body was discovered for a photoshoot in West Hollywood, California.

"Shocked and heartbroken, but it's true," Bennington's fellow Linkin Park vocalist Mike Shinoda said on Twitter. "An official statement will come out as soon as we have one."

Bennington had just returned on Wednesday from Arizona, where he and his wife were spending time together.

The rock star has opened up numerous times throughout his career about his years-long struggle with drugs and alcohol.

In 2006, he revealed that at one point in his life he was smoking crack and using crystal meth:

"I was on 11 hits of acid a day. I dropped so much acid I'm surprised I can still speak! I'd smoke a bunch of crack, do a bit of meth and just sit there and freak out. Then I'd smoke opium to come down. I weighed 110 pounds. My mom said I looked like I stepped out of Auschwitz. So I used pot to get off drugs."

Three years later, in 2009, he declared that he was proud to be sober:

"It's not cool to be an alcoholic -- it's not cool to go drink and be a dumbass," he said. "It's cool to be a part of recovery. This is just who I am, this is what I write about, what I do, and most of my work has been a reflection of what I've been going through in one way or another."

Bennington leaves behind his wife of 12 years, former Playboy model Talinda Ann Bentley, and six children. He was previously married to Samantha Marie Olit for nine years, between 1996 and 2005. His first divorce left him crushed, and he later admitted in an interview that it caused him to heavily use drugs and alcohol.

The singer was a close friend of the late Soundgarden frontman Chris Cornell, who also committed suicide by hanging in May. Bennington was found dead on what would have been Cornell's 53rd birthday.

Linkin Park is one of the best-selling alternative rock bands of all time. The music group has recorded a slew of hits over the years, including "Faint," "In the End" and "Crawling." They collaborated with JAY-Z in 2004 for the genre-melding EP Collision Course.

The rock band was just weeks away from kicking off their upcoming "One More Light" North American tour. Their first performance was scheduled for July 27th.