Jada Pinkett Smith reveals she 'was a drug dealer' when she first met Tupac, reflects on their relationship 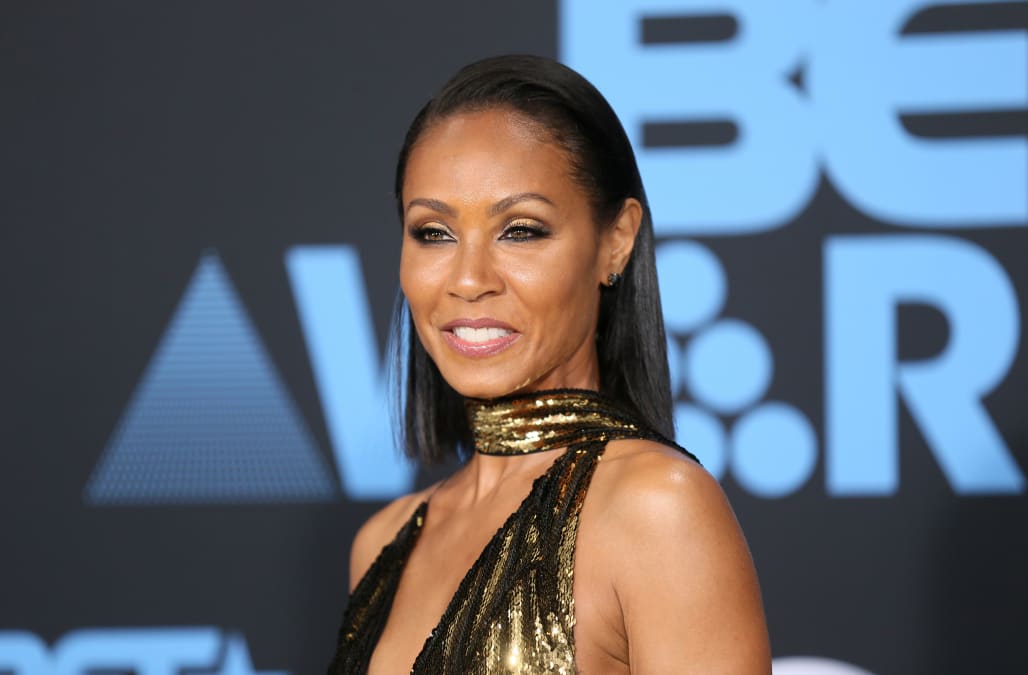 Jada Pinkett Smith feels that her relationship with Tupac Shakur has been misunderstood.

The Girls Trip star candidly opened up about her past with the late rapper on Sway's Universe on Wednesday, where she revealed that at the time the two met, she was a drug dealer.

"It's kinda hard because I haven't really told the whole story," the 45-year-old actress shared. "One of the things that's very interesting that I've never really said before is that when I first met Pac, when we first met, I was a drug dealer. Yes."

EXCLUSIVE: Jada Pinkett Smith Sets the Record Straight on Her Empty Nest: 'They're at the House Every Day'

While not going into more detail -- teasing that more would be revealed in a yet-to-be-written memoir, Pinkett-Smith went on to express her regret that the slain rapper never had the chance she did -- to have a spiritual way out of the life she described.

"Something very bad happened to me," Pinkett-Smith offered without elaborating. "As I was coming out of the life, he was going more into the life. And so I've been having kind of an existential crisis around Pac ... there was a point in which we met and then we kind of were going our separate ways. And I just felt like, 'OK, God one day you're going to do for Pac what you did for me, which is you saved me.' And that just never happened for him. And that is something that I am constantly having to confront."

Pinkett Smith then indicated that this missing piece of her history with the legendary rapper shows a deeper nature to what they were for each other than the "romance" narrative often makes them out to be.

"Pac and I's relationship was about survival. That's how it started," she explained. "And I know that most people wanna always connect us in this romance thing, but that's just because they don't have the story."

"I just decided that one little piece was important to share, because it gives more insight to who we were that it wasn't just about, 'You have this cute girl and this cool guy they must have been in this romance,'" Pinkett-Smith continued. "It wasn't that at all. It was about survival ... And holding each other down in ways that only he and I could hold each other down."

Watch the whole interview below (the moment in question happens around 16:30).

Elsewhere on Pinkett Smith's press tour, the actress appeared on Jenny McCarthy's SiriusXM radio show, where she talked about how her rough upbringing shaped how she's chosen to rase her two kids with Will Smith, 19-year-old Jaden and 16-year-old Willow, without worrying about those who disapprove.

Celebrity couples that will restore your faith in love

Will Smith and Jada Pinkett Smith

"I take it all in stride," she shared of how she deals with criticism regarding her parenting style. "A lot of it just has to do with fear, and people not understanding."

"Sometimes when we talk about alternative anything, people feel wrong about it," she added. "I've just learned that's OK, and you don't need people's agreement."

Listen to the clip below.

EXCLUSIVE: Jada Pinkett Smith on That Lookalike Photo of Jaden & Why She Can't Watch 'Girls Trip' With Willow

ET talked to Pinkett-Smith about her kids at the Los Angeles premiere of Girls Trip, which is in theaters on July 21.

Watch the video above for more.