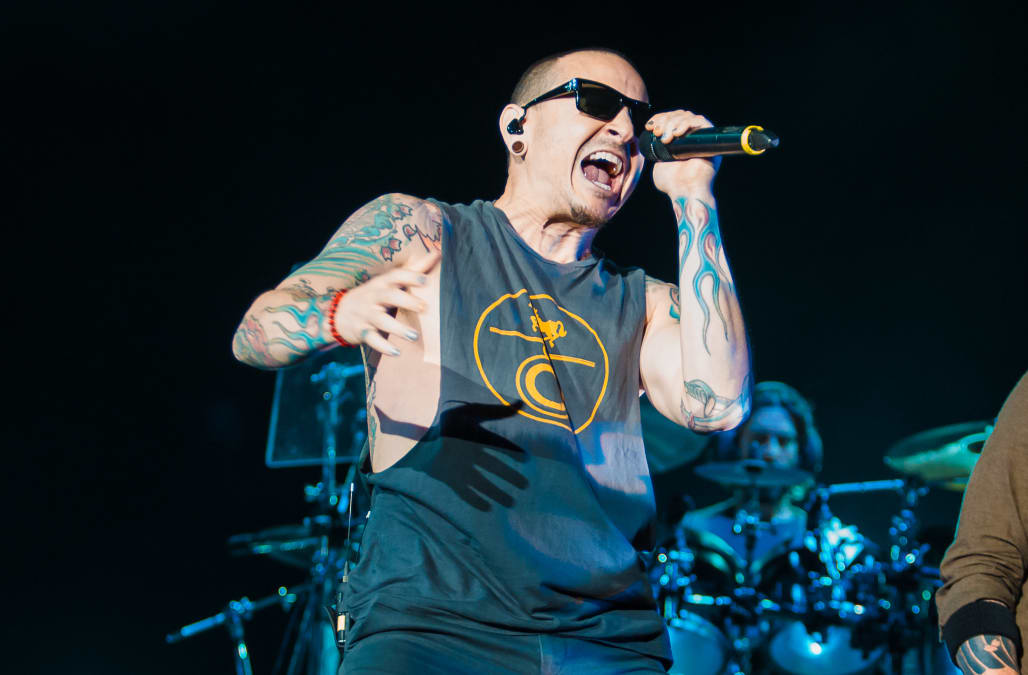 Linkin Park singer Chester Bennington was found dead of an apparent suicide in his home south of Los Angeles on Thursday — which also would have been the birthday of late Soundgarden singer and good friend of Bennington's, Chris Cornell.

Cornell would have been 53 on Thursday. He also died by suicide in May.

Bennington performed a rendition of Leonard Cohen's "Hallelujah" at Cornell's private funeral service in Los Angeles' Hollywood Forever Cemetery on May 27. He also released an emotional open letter to Cornell the day the Soundgarden singer died.

"Thoughts of you flooded my mind and I wept," Bennington wrote. "I'm still weeping, with sadness, as well as gratitude for having shared some very special moments with you and your beautiful family. You have inspired me in many ways you could never have known. Your talent was pure and unrivaled. Your voice was joy and pain, anger and forgiveness, love and heartache all wrapped up into one."

"I pray you find peace in the next life," he added. "I send my love to your wife and children, friends and family. Thank you for allowing me to be a part of your life."

The two also teamed up on a professional capacity, with Cornell touring with Linkin Park in 2007 and 2008. On stage, Linkin Park would join Cornell for a version of Temple of the Dog's "Hunger Strike," and Cornell would join the band to collaborate on its hit "Crawling."

Bennington was found in his Palos Verdes Estates home on Thursday morning. TMZ reports that he died of suicide by hanging.