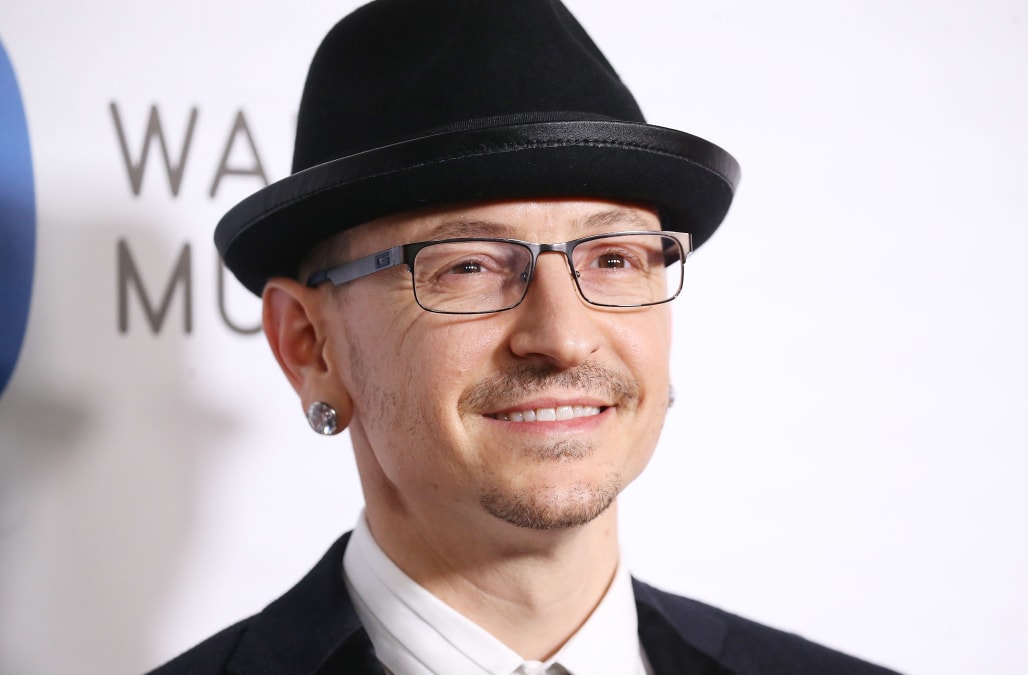 It's a testament to the legacy of the 41-year-old artist, who reportedly died by hanging just one week before his band was set to launch the North American branch of its "One More Light" tour.

"Chester was one of the kindest men I've had on my show," Jimmy Kimmel wrote just after TMZ broke the tragic news. "My heart breaks for his family and friends. He will be missed terribly."

Chance the Rapper also offered his condolences to Bennington's family, while band One Republic tweeted, "Chester had 6 kids. If anyone out there thinks the world is better without you. You are so unspeakably wrong on every level. Get help plz."

More celebrity reactions to the untimely death are in the gallery below.

Celebrities react to death of Linkin Park's Chester Holland
Chester was one of the kindest men I've had on my show. My heart breaks for his family and friends. He will be missed terribly.
RIP Chester. Tragic ending. Condolences his family and friends and Linkin Park 🙏🏾
no words. so heartbroken. RIP Chester Bennington.
Oh dear God. Massive R.I.P to Chester Bennington of @linkinpark this BREAKS OUR HEART. Suicide is the devil on earth walking amongst us 😞
Chester had 6 kids. If anyone out there thinks the world is better without you. You are so unspeakably wrong on every level. Get help plz
Crazy sad news about Chester Bennington.. #linkinpark #RIP If you or someone you know is struggling to cope, @800273TALK
I'm at a loss for words. Chester was not only one of my heroes, but he was one of my friends. He was one of the best dudes in music. RIP.
RIP Chester Bennington. This feels like a kick in the chest. My December has pulled me through many times. Depression is a real monster.
So sad to hear about #chesterbennington suicide. His voice and talent will not be forgotten. #linkinpark https://t.co/yTXz0v3aFu
This is devastating. RIP Chester ❤
We lost another legend R.I.P. Chester Bennington of (linkin park) prayers up for the family so sad
RIP Chester Bennington. Linkin Park was a lot of peoples childhoods. The man was extremely talented and its so sad to hear about this :(
Chester it was truly a pleasure, thank you for sharing your greatness... #RIP #LinkinPark 🙏🏿
I am in tears.Chester just told me how happy he was…..He was such a sweet and talented man……Ifeel so sad for his family,band mates and fans
If you or someone you know is struggling, needs help, or just needs to talk, call 1-800-273-8255. So so sorry to hear about Chester.💔
Completely stunned to hear of Chester Bennington's passing. My heart is with his family and friends, what an absolutely tragic loss.
Absolutely devastated. His voice and band were such a huge, huge influence to me and so many growing up. RIP Chester https://t.co/553PYCJQwB
I'm so heartbroken to hear about Chester Bennington. We lost another legend =( #RIP
Up Next