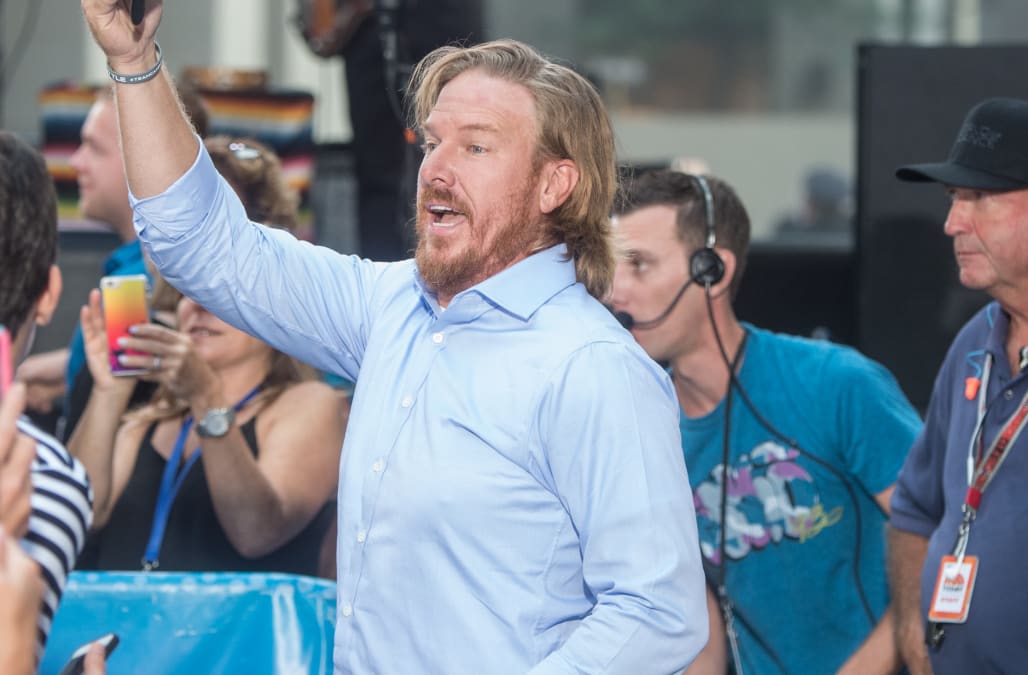 Chip Gaines is totally feelin' himself!

The "Fixer Upper" star made an appearance on "Today" on Tuesday to show off his new 'do -- sans the man bun -- just a week after he debuted his much longer hair on Instagram. Despite being in the middle of an interview, Gaines began checking himself out in the camera and fussing with his luscious locks!

"I've gotten a little bit pompous," the 42-year-old joked about his new appearance. "When I get out in public, I really notice myself looking at my reflections as I walk though. New York is not a great place for me."

He competes with the view. Man bun, tube socks, adult onesie and all... He still looks mighty fine to me❤️#workcation #bookcamp

If you recall, Chip's new, unexpected appearance left the internet divided after his wife, Joanna, posted a photo of the two of them together. While he did garner some comparisons to David Beckham, one of the hottest men in the world, many fans advised him to chop his locks off. In the past, Chip has normally rocked a shorter cut.

The home improvement buff appeared alongside Joanna on morning television to promote his new book, "Capital Gaines: Smart Things I Learned While Doing Stupid Stuff." The book, which is set to come out this fall, is about what he learned from his past business ventures -- from equipment for a lawn-mowing service he bought after taking out a bank loan to a neighborhood laundromat he purchased.

RELATED: The cutest photos of Chip and Joanna Gaines:

The handyman asked fans on social media for help on picking out the cover of his new book. Chip's fans were given three options, and in the end he chose the photo that "lost by a huge margin." The cover in question features Chip with a longer 'do and scruffier facial hair, while the two covers that lost show the HGTV star with his original, clean-cut look that viewers are used to seeing on their television screens.

"I said, 'I'm writing the book.' I really wanted it to be about me and the expression that I wanted to capture," he said.

Check out the rest of the hilarious interview in the video above!